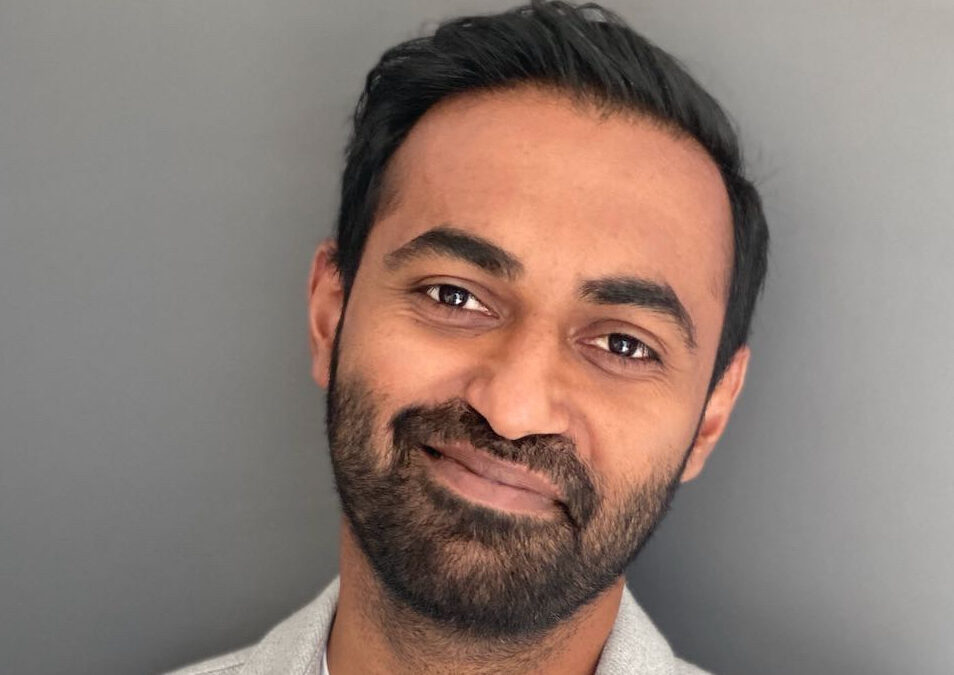 When Varun Nair hopped on a plane from India to Scotland 10 years ago – he never knew he was embarking on a journey that would eventually lead him to Silicon Valley.

But it was while studying for a Masters in sound design at the University of Edinburgh that he met Abesh Thakur – a fellow student with whom he would go on to co-found audio technology company, Two Big Ears.

Things took off. By 2016, their software, which allows content creators to design spatial audio for 360 video – was “pretty much being used by everyone and anyone making content for virtual reality”.

He integrated Two Big Ears’ technologies into the company, which is employed across Facebook and Instagram any time users enjoy videos or immersive content. The software also runs when someone operates the Oculus Quest – a popular £299 virtual reality headset developed by a division of Mark Zuckerberg’s business empire and available to buy in the likes of Argos.

Naturally, I want to know how often he bumped into Zuckerberg by the water cooler, but he has been sworn to secrecy by a non-disclosure agreement (NDA) with Facebook. “I can’t get into specifics,” he says.

The social networking company has recently changed its name to Meta in a major rebrand following a spate of negative headlines based on documents leaked by ex-employee Frances Haugen – another topic Nair would rather avoid.

But he can share how much he enjoyed working for the company. “It [Silicon Valley] was some of the best years of my life in terms of experience – both in terms of the direct experience that I gained in having the opportunity to work on some really large scale technology problems, but also just being surrounded by some of the best people in the world,” he says.

“I have come out of that experience, feeling like I have become a better person in understanding what and how technology works at a large scale, but also just being a little more empathetic to how people and teams function and what it takes to actually come together with a lot of people and build things.”

Was it a surprise when Facebook made its offer? Nair, 33, says: “We had no expectations that we’d be acquired by a large company at any point – even up to the moment when the acquisition offer came through.

“That was definitely a surprise. Because, as a startup, you teach yourself to not just say things like, ‘we will be acquired by x’… because those are the wrong kind of metrics to go after.”

Before moving to Scotland, Bangalore-born Nair spent eight years working as a sound editor in the creative side of Mumbai’s audio industry.

“I knew the industry well and I knew the opportunities for impact that technology could have. So our vision was very much about maximising adoption and bringing a lot of these technologies to the forefront and out of the fringes into something that is accessible by most people every day,” he says.

Joining Facebook allowed Two Big Ears to succeed in this ambition. “Being able to take our technology we built in the first six months and ship it to billions of users of Facebook products was a thrill.”

Now, having worked alongside some of the biggest names in the tech industry and played a role in the global rise of augmented and virtual reality, Nair has returned to Edinburgh and is gearing up for a new adventure.

He says: “I ultimately felt the itch to start up something again. It’s a very small percentage of startups that end up having a successful exit, or even better, being able to grow a successful company. And we were really lucky to experience that on our first attempt.

“So I was really interested to personally push myself to see how I could take all the experiences I have built up – both in a startup as well as a large company, and reapply that to building a new startup again. That was the real motivation.”

But why leave Silicon Valley – the global centre for big tech – to launch a new digital business? Though he recognises “there are many benefits” to building a startup in the thriving ecosystem, including greater access to capital and talent, Nair believes Covid has accelerated a trend to “decentralise” business.

“There are more opportunities for remote work,” he says. “It is getting easier to start up companies in other places.”

And having gained the benefit of experience and forged connections with people in the valley which can be leveraged if needs be – moving back to Edinburgh “seemed like the best of both worlds”. Besides, he says, it is where he and his wife want to settle down.

Nair, who recently joined some of the country’s top entrepreneurs on an advisory board set up to implement the recommendations made in Mark Logan’s Scottish Technology Ecosystem Review, is optimistic about Scotland’s digital future.

“I think there’s a real opportunity to supercharge the ecosystem here. Of course, we will see how it all works out in time, but the right people are doing the right things with the right amount of energy – and that usually leads to good things,” he says.

Though he is keeping the details of his next endeavour hush hush for now, Nair, who delivered a speech at technology conference Turing Fest in Edinburgh last week, reveals he is venturing outwith audio for the first time.

“It’s important for me to up the challenge a bit. The last time we started up a company, I did have an audio background, but I knew nothing about technology and nothing about startups.

“Coming from the place of knowing very little can be a strength.”

Miigen, the social platform for senior life, aims to raise £500,000 in seed funding round

Why companies need to reconsider how they view development outsourcing