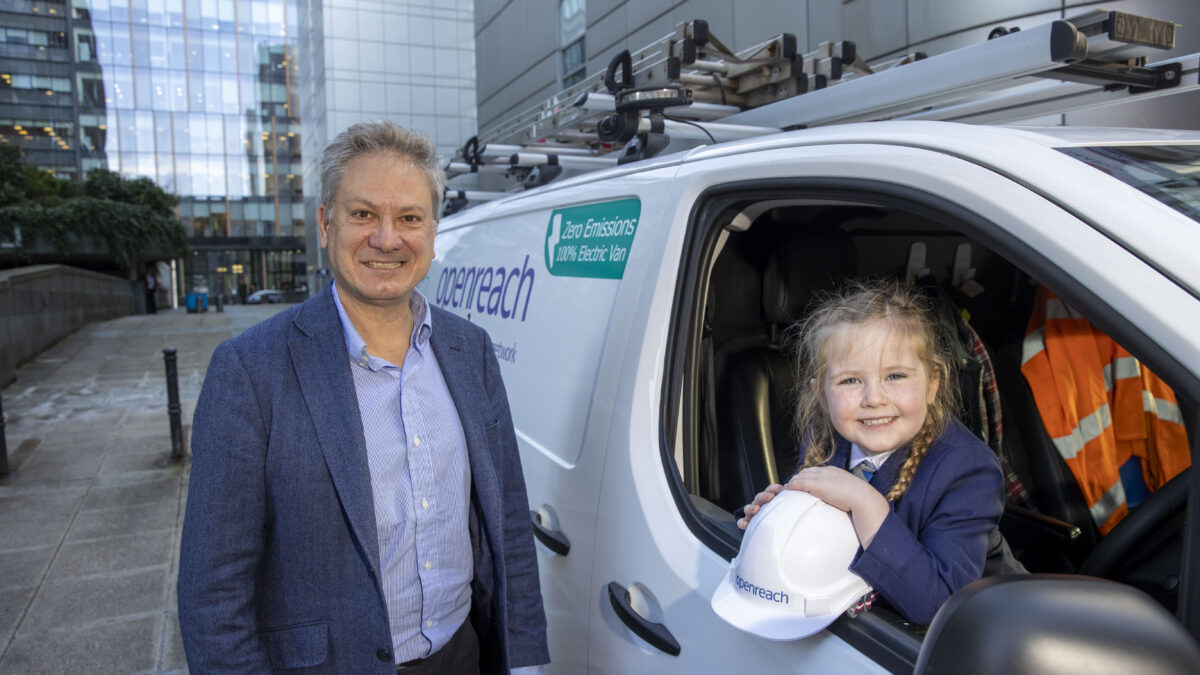 It’s always good to start them young, so the saying goes. And when it comes to appreciating how technology is leading the response to climate change Freya Baillie was in pole position this week.

The four-year-old from Glasgow got behind the wheel on ‘transport day’ at the Cop26 climate change summit in the city as Openreach vowed to decarbonise its fleet over the next decade.

The telecoms giant signed up to the Cop26 Transport Declaration to accelerate the transition to 100 per cent net-zero emissions vans by 2030.

Openreach’s 28,000-strong fleet is the second largest in the UK.

The Transport Declaration is a “landmark” global agreement launched by the UK Cop presidency to “signal the end of polluting vehicles”.

Hosted by the Climate Group – a non-profit organisation who work with business and government leaders around the world to address climate change – he spoke at Cop26 about Openreach’s green transport goals.

In April this year it introduced an ‘EV-first’ purchasing policy, resulting in 620 electric vans now in operation.

Selley said: “At Openreach, we’re truly committed to reducing our operational impact and transitioning our 28,000 strong commercial fleet – the second largest in the UK – to zero emission by 2030.

“I’m pleased to be talking about the opportunities and challenges ahead in Glasgow, and how we can lead the charge while building and maintaining the UK’s biggest broadband network.”