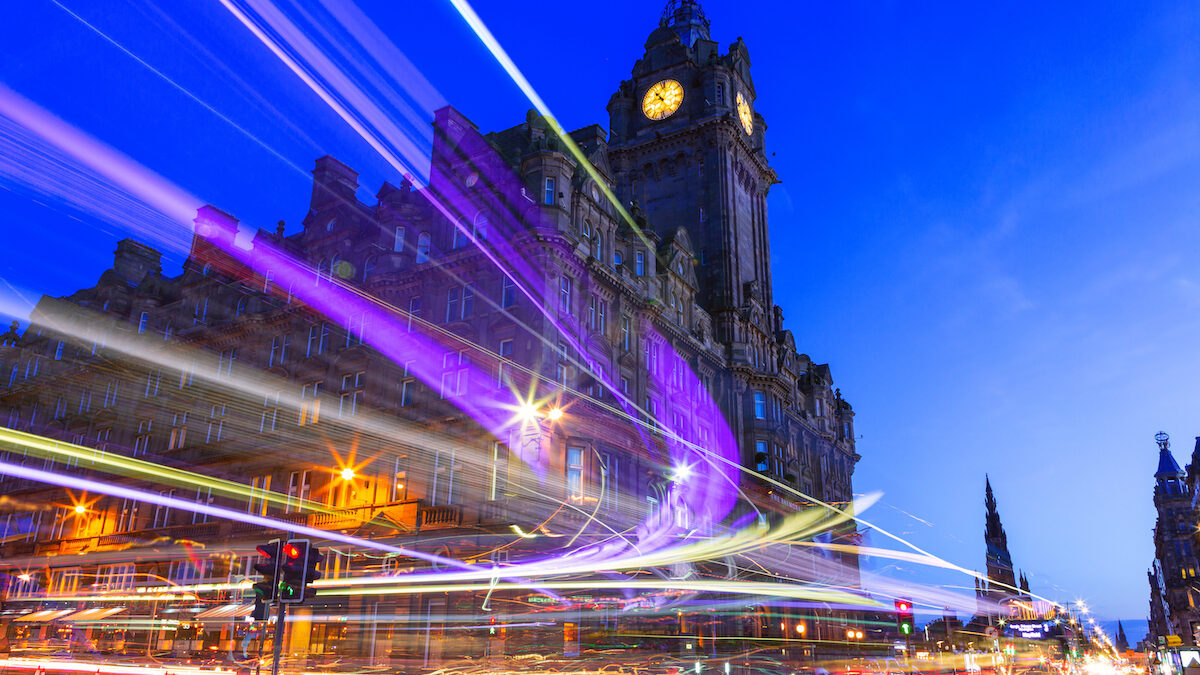 Edinburgh festivals to harness power of data to drive innovation

Edinburgh’s festivals are set to be enhanced by an innovation drive at the heart of a government-backed ‘City Region Deal’ – in a bid to improve the ability of organisers to harness the power of audience data.

Sensors that capture the movement of people around the city – through ‘Internet of Things’ (IoT) technology – will enable festival producers to gather useful information about visitors, understand crowd ‘flows’ and deliver a more connected experience, according to a senior festivals figure.

Julia Amour, Director of Festivals Edinburgh, said the festivals are also starting to open up their archives and carry out a digitisation process – bringing to life the vast collection of past resources which can be used to engage audiences online in new and ‘immersive’ ways.

“We’re digitising these images, we’re geo-tagging these images and we’re creating ways in which our festivals can capitalise on that treasure chest of stories and our audiences can have more personalised experiences as well as collective experiences,” she said.

Amour was speaking at the European Cities Marketing in the capital, where over 200 marketing specialists from cities across Europe gathered this week for their spring meeting – which looks at latest events and tourism trends across the continent.

Addressing delegates, she said that she wanted to use technology as a means to ‘disrupt’ the ‘disconnected’ experiences that audiences at Edinburgh Festivals were currently having, adding: “We think about this as dramatising our city as a live gaming or digital storytelling platform, and that really excites us. That taps into the growing number of Edinburgh Festivals visitors seeking extraordinary experiences and often based on what they can participate in as well as spectate at and, of course, on the basis of instagrammability, these days.”

“The search for authenticity in visitor experiences is obviously something that I’m sure all of the cities are looking at and the ways that we’ve approached that in more depth is to mine our archive,” she said.

Among the digital artefacts that the Festivals have opened up to the public include a black-and-white photograph of filmmaker Orson Wells attending the Edinburgh International Film Festival in the 1950s and a picture of author JK Rowling attending the 1997 Edinburgh International Book Festival, where she did her first-ever public reading of her first Harry Potter book to 30 schoolchildren in a tent.

The initiative supports the growing trend for events to be gamified or ‘experiential’, especially for mass participation events, such as the Torchlight Procession at Hogmanay, Amour said, and allows audiences to feel like they are helping to create “something special”. She also wants the festivals to focus on the “quality of the offer and quality of the experience”.

When asked by an audience member how she would spend an imaginary €100m to improve the festival experience, Amour said that one of the segments of the existing £1.3bn City Region Deal for Edinburgh and South East Scotland was based around festivals and tourism and that the money could be invested in using technology to improve the visitor experience and management of people around the city.

She added: “We’re working with our leading universities to look at using immersive digital technology and experimenting with public realm Internet of Things that we’re intending to put in place here in the city centre.”

She said that data management and technology could help festival organisers “get on top” of some of the visitor flows and issues which stem from that, saying it could also help the festivals “make common cause” with the sharing economy. Her comments follow some of the criticisms in a council report last year expressing concern around overtourism and pavement crowding which was creating “pinch points” in the centre of the city at peak times. The report came out after Edinburgh’s festivals received a record 4.6m visitors in 2017.

Amour also used her speech to warn against the rise of populist politics across the globe which may be putting people off visiting amid fears the UK is becoming a “less friendly” place and one that wants to “close its borders”.

She said: “And that’s a real risk for the festivals in terms of our global offer, particularly from people trying to come from countries in conflict or from peoples of colour. And that could have a major effect on us and on the reputation of our city and country and of inbound tourism. So several of our festivals and artists have spoken out publicly to try and ensure that we are able to remain an open and culturally curious nation and build on that as never before.”

The need for security, the potential of smart