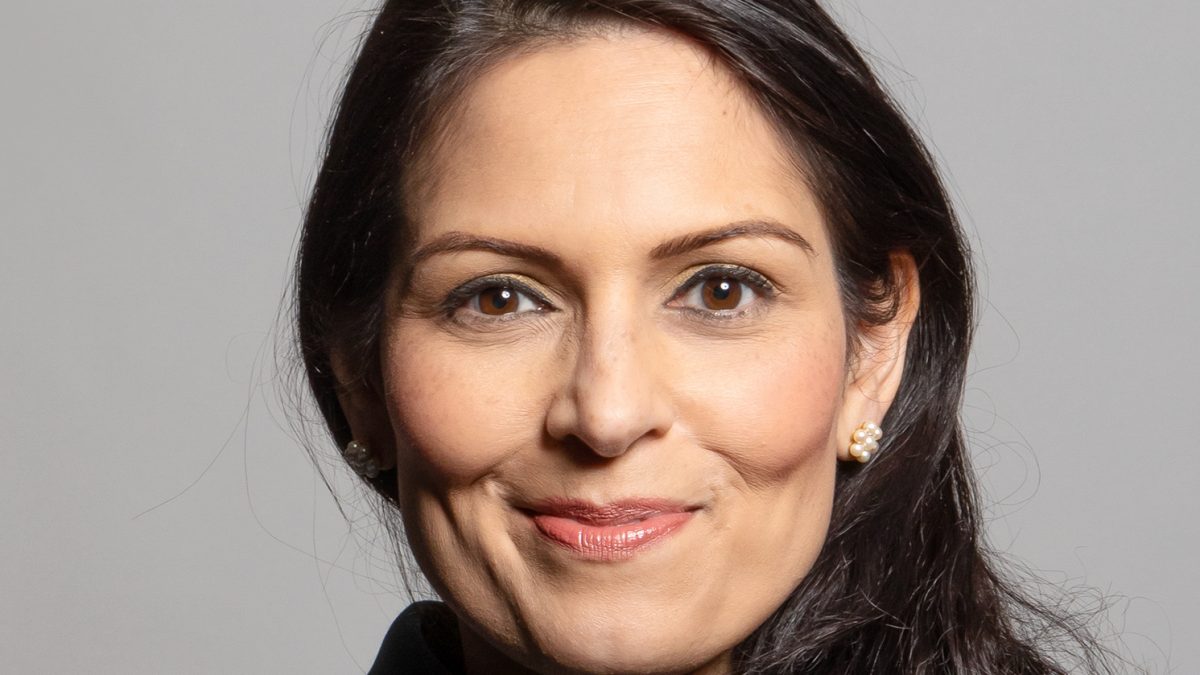 Home Secretary Priti Patel has ignited a row with US tech giants – threatening to hit them with ‘huge penalties’ if they fail to protect children from being abused and exploited online.

Ms Patel singled out Facebook and accused the firm of ‘blinding itself’ to the problem of its plans to expand end-to-end encryption – scrambling messages so they are indecipherable – from WhatsApp to its Messenger and Instagram services.

She warned in a roundtable event organised by children’s charity the NSPCC today that images of child abuse and exploitation will be rendered undetectable, constraining the efforts of the platform to refer potential crimes to law enforcement.

In a speech during the event, which was attended by child protection, civil society and law enforcement experts from the UK, US, Canada, Ireland and Australia, she said such proposals would result in the loss of almost 12 million child abuse reports every year, according to estimates from the US National Centre for Missing and Exploited Children.

She said: “My view is that this is simply not acceptable. We cannot allow a situation where law enforcement’s ability to tackle abhorrent criminal acts and protect victims is severely hampered. Simply removing accounts from a platform is nowhere near enough.

“I do urge Facebook to sharpen up their approach and their engagement and their way of working with us, to embed public safety and the protection and the safety of children embed in their design systems. And if they do not, the consequences for children and child safety will be profound.”

In a show of strength, the Home Secretary warned the tech companies that new legislation – in the form of the Online Safety Bill – will hold them to account, requiring them to ‘assess the risks on their platform and put appropriate measures in place to protect users from harm’.

She added: “If they fail to do so, they should rightly face the consequences and huge penalties.”

Ms Patel pointed to figures that revealed the extent of the problem with US technology companies making 21.4 million referrals of child sexual abuse, equating around 65 million images, last year. She said there are estimated to be three quarters of a million individuals across the globe looking to connect with children for sexual purposes online. Facebook’s services currently make up 94% of these global reports, she said.

She added: “But while I am absolutely willing to recognise the strength of this and these important successes, I am equally clear that I will always speak out about designs on technology platforms that put safety at risk.

“And sadly, at a time when we need to be taking more action, Facebook are pursuing end-to-end encryption plans that place the good work and progress already made, at jeopardy.

“The offending is continuing and will continue, these images of children being abused just continue to proliferate – but the company intends to blind itself to this problem through end-to-end encryption which prevents all access to messaging content.”

In the UK, the National Crime Agency investigates these referrals, arresting offenders and safeguarding children at risk of abuse. Last year, the NCA made over 4,500 arrests and they safeguarded around 6,000 children in the UK alone just based on those referrals.

Edinburgh-based company Cyan Forensics has been at the forefront of tech-based efforts to help law enforcement find and block harmful content from paedophiles and terrorists.

Ian Stevenson, its CEO, said: “While many will be concerned that end-to-end encryption technology is a blocker in combatting online child abuse, realistically it is here to stay and is a feature in widespread use in many messaging apps already. The debate on privacy versus safety needs to evolve to look at what new safety tech measures can be put in place to balance the loss of current methods used by social media and app platforms which no longer work in end-to-end encrypted environments.”

He added that there are technologies that can be “integrated into the fabric of messaging platforms” to mitigate the threat without compromising user privacy, but that support was needed from policymakers, legislators and regulators.

According to polling carried out by YouGov, on behalf of the NSPCC, 29% of adults in Scotland support using end-to-end encryption on social media and messaging services, but this jumps to 59% if it was rolled out only if and when tech firms can ensure children’s safety is protected. A total of 183 adults in Scotland were surveyed between 31st December 2020 and 4th January 2021.

The NSPCC called for a “reset” on the debate about encryption focused on the impact that end-to-end encryption will have on engineering away the ability of platforms to find abuse in private messaging, and how this can be avoided.

Currently it said the debate predominantly focuses on the impact of end-to-end encryption for law enforcement, which emphasises the investigation of abuse after it has already taken place – rather than focusing on the loss of platforms’ ability to detect and disrupt abuse much earlier.

Sir Peter Wanless, NSPCC Chief Executive, said: “Private messaging is the frontline of child sexual abuse but the current debate around end-to-end encryption risks leaving children unprotected where there is most harm.

“The public want an end to rhetoric that heats up the issue but shines little light on a solution, so it’s in firms’ interests to find a fix that allows them to continue to use tech to disrupt abuse in an end-to-end encrypted world.

“We need a coordinated response across society, but ultimately the UK Government must be the guardrail that protects child users if tech companies choose to put them at risk with dangerous design choices.”

The charity pointed also to some of the more sinister features of platform design including social media algorithms – computer code that automates a process – that suggest children as friends to adults and plans to auto delete messages on WhatsApp.

The NSPCC was joined by 130 child protection advocates from across the globe last year when they wrote to Facebook chief executive Mark Zuckerberg urging him not to proceed with end-to-end encryption unless child safety could be guaranteed.

Tech-minded students prepare to embark on an ‘edventure’