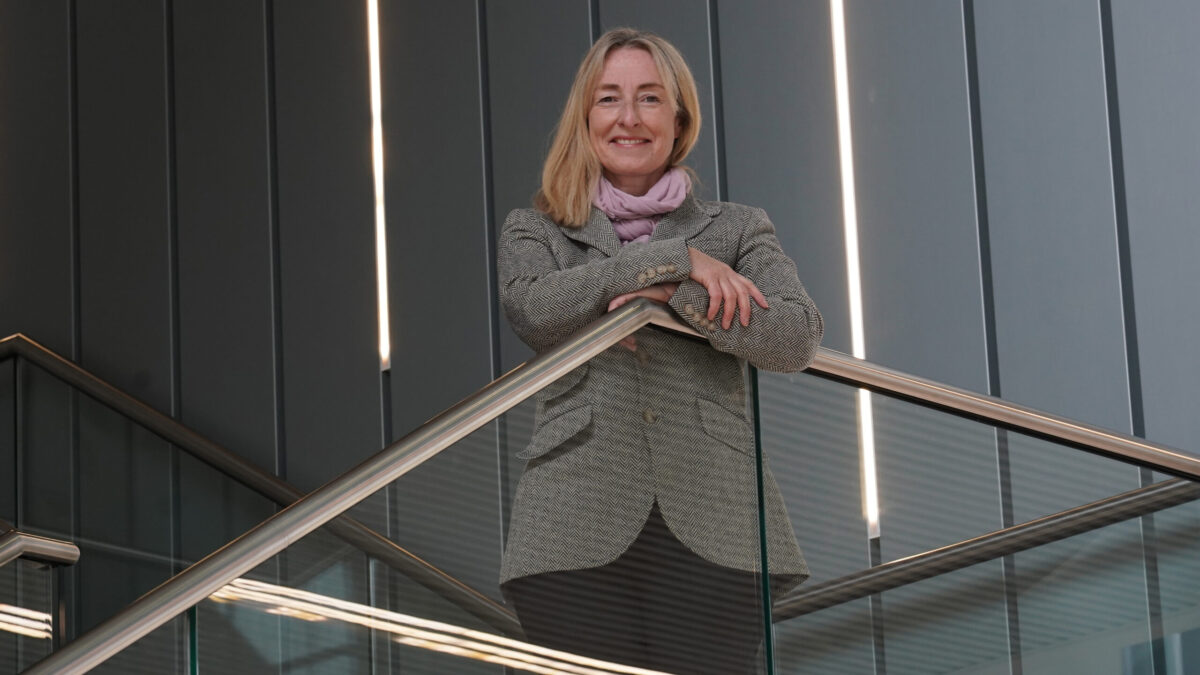 A three-month consultation process part of a Scottish Government-commissioned evaluation into women in enterprise has produced “revealing” initial findings.

The review, which is focused on how to create a “vibrant female economy”, is being chaired by tech entrepreneur Ana Stewart.

Since February, it has seen over 100 key stakeholders from across Scotland’s business ecosystem – including government agencies, action groups, and early stage and established entrepreneurs – interviewed on key issues facing females across multiple sectors, including technology.

The ‘discovery phase’, designed to “get the whole spectrum of opinions and perceptions and to get a tangible grasp on the core issues as we see them”, has been “revealing”, says Stewart.

She says: “I conducted the discovery phase because I wanted to make sure that there weren’t preconceptions or preconceived ideas or assumptions being made. And also just to take a step back and at 40,000 feet look down at what the system is doing and what’s wrong with it, or what could be improved to optimise it.”

Stewart’s team also carried out research in countries which face similar challenges to Scotland, including Canada, Spain, and New Zealand, in a bid to learn about solutions and innovations that might be out there.

She is also a partner with St-Andrews-based investment firm Eos Advisory, a non-executive director with the Scottish Football Association, and sits on the board of online pet wellness startup Bella & Duke and the Institute of Chartered Accountants in Scotland (ICAS).

Stewart was appointed by finance secretary Kate Forbes to carry out the Women in Enterprise Review following a pledge in the Scottish Government’s manifesto to invest £50 million over the next parliament to “promote women entrepreneurs”.

“It is quite a generic statement, but it was very much focused on the female founders and how they could contribute more or be enabled and empowered to contribute more into the Scottish economy,” says Stewart.

The review itself, she explains, is an “exercise” that identifies where the funding needs to be spent. “We’ll be investing in the areas I think will contribute to making a difference [for women in business].”

The SNP’s 2021 manifesto also commits to creating a “dedicated” Women’s Business Centre to provide financial support, advice and training to women looking to start or grow their business.

Though Stewart is reticent about details of her team’s findings at this stage, some of the broad issues identified during the discovery phase include access (or lack thereof) to finance and funding; inflexible schedules for working mothers; and poor signposting on where to go and what to do next for women starting out on their entrepreneurial journeys.

Having founded her software business “in the spare bedroom” as a young graduate some 30 years ago, many of the stories Stewart has heard resonate deeply. “Hopefully I’m able to make contributions that are a little bit different simply because I’ve lived every single second of most of the people’s journeys and the female entrepreneurial journey,” she says.

Stewart has clearly ‘made it’ in the business world. But has her gender been a disadvantage at times?

Though she recalls difficulty accessing funding and being asked “strange questions” around babies and wardrobe attire – which she doubts her male counterparts experienced – she prefers to use the term “barriers”.

She said: “I think there are barriers. And women adapt to those barriers. And that’s probably where a successful female will work around the system – but she’ll be adapting to what is essentially a system that’s not fit for her.”

“I worry there’s an aura of negativity around it. And you know what? It’s not about being the victim. It’s about breaking barriers down. And many of those are unconscious barriers. And it’s trying to make sure we educate the landscape and those involved and the stakeholders in the ecosystem to change the way they’re thinking and just open their eyes to that.

“Half of society isn’t getting the chance or is not fully performing to drive the economy. And that’s really what this review is about. It’s about trying to make that a different story, a positive story and showing a pathway to delivering a really vibrant female business economy.”

It is a huge undertaking – but not one Stewart is tackling alone. Co-writing the report with her is Mark Logan, former Skyscanner executive and author of the Scottish Technology Ecosystem Review.

Her review will sit alongside key strategies in Logan’s, which has created ripples in Scotland’s technology sector since it was published in 2020, with many of its recommendations coming into fruition in recent months.

The women in enterprise review will also align itself with the new National Strategy for Economic Transformation, Stewart says. “There’s no point in reinventing the wheel. We are trying to leverage what’s already been invested in, that’s clearly working, and dovetail into that.”

Logan says he is looking forward to working with Stewart on the women in enterprise review.

“The societal conditions that lead to severe gender imbalances in enterprise leadership and entrepreneurship remove opportunity from half of our population and deny the economy access to some of our most capable leaders,” he says.

“Scotland’s opportunity is to demonstrate to ourselves and the world that such a state of affairs is not only intolerable but can also be dramatically improved.”

Other members of Stewart’s review team include Judy Wagner of FWB, Jackie Waring of Accelerateher and Gemma Hamilton of Business Growth Fund.

As the discovery phase wraps up, Stewart’s review team will begin to work through the rationale, feeding in key findings and preparing the framework of the report, as well as some of the proposed recommendations.

None of which Stewart is ready to reveal just yet. “We are now putting [the findings] in the mince machine and looking at different solutions, and the last thing I want to do is jump to solutions before really getting it down to what the root causes are,” she says.

“I don’t want this review to be a band aid exercise where we’re doing some short-term initiatives that in some ways will exacerbate or have a negative impact on the current status quo inadvertently, simply because they’re just not sustainable. We’re looking at some of the root causes and how they feed into the system.”

The second phase of the review will also see a focused ‘entrepreneurial voice’ piece – a small scale ‘straw poll’ survey aimed at female founders to “get a sense of founder sentiment”.

Stewart says: “This will allow us to get more tangible feedback from the entrepreneurs themselves… to see what their experiences are and what their challenges are, and does that correlate exactly with some of the findings that I’ve seen in the discovery phase. Because ultimately, lots of people have opinions, and it’s trying to understand and get through the clutter and the noise to understand what’s really needed rather than what’s wanted.”

The process should “take another month or two”, before the data from the survey is fed into the rationale and the report.

Creating reliable data by which “tangible actions” can be measured is one of Stewart’s key goals. “As a business minded person, I live and die by my results and what can be delivered”.

And a lack of “robust and resilient” disaggregated data from the government is the biggest “bugbear” she has faced since the beginning of the review. To tackle the issue, she is creating new datasets, along with rules around key performance indicators and objectives, to base her measurables on.

She says: “It’s not all about monetary or numbers, it’s about what are we trying to set out here, because it is a wellbeing economy…It’s about mental health and everybody being included. I’m very sensitive to that.

“This isn’t a quick fix, this is looking at the bigger picture and the systemic changes that are needed – that’s not going to be an overnight change. But what we do need is to track that every year, like you would in anything, and also look at the 10-year vision of where we want it to be, and measure the same datasets against the ones that we’re putting in this review, rather than hopping around.

“We know how business works – you can change data quite easily to make it sound the way you want it to. So I really think we needed to tackle that. I’ve been very upfront that we need to take a step back and get more resilient data. Because ultimately, what gets measured gets done, but if we’re not measuring it properly, then it will never get done.”

CivTech launches with £7m of contract opportunities for tech entrepreneurs

What is to be done? Start with land