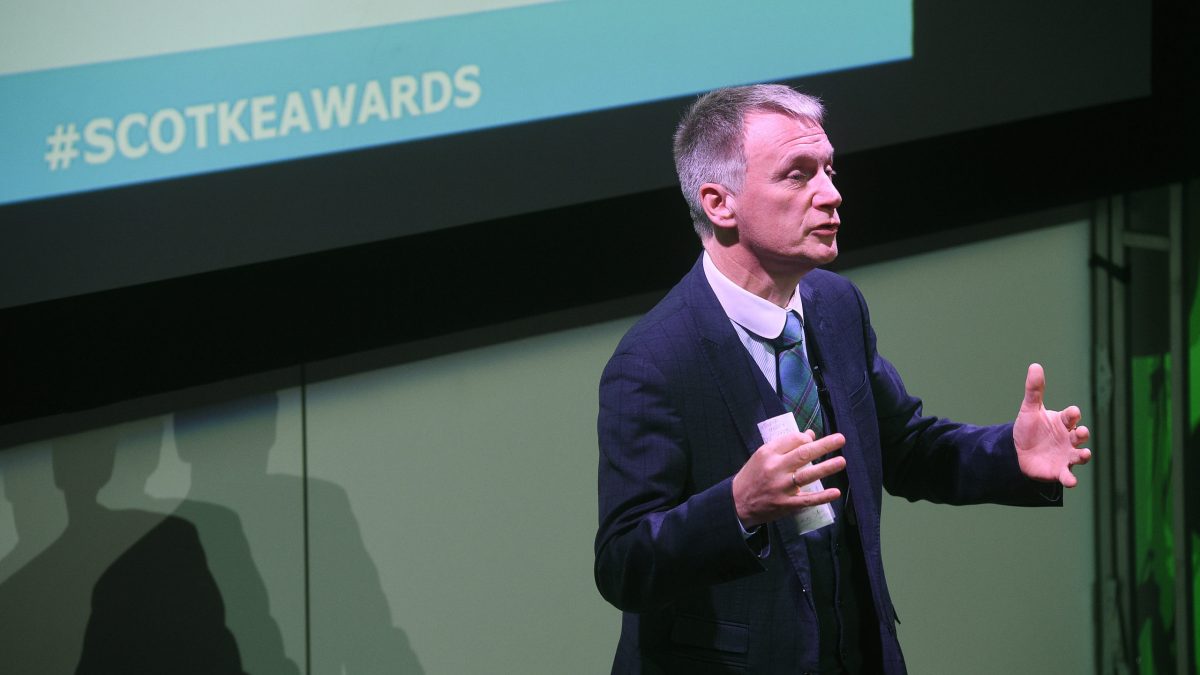 Scotland’s innovation minister has committed to a quarterly review of a new government digital strategy in order to ensure the vision translates into actions delivered on the ground.

Ivan McKee, who has a business background, said he will meet with officials every four months or more frequently to make sure targets in the revamped national digital strategy are being met.

Mr McKee, who has recently taken up an oversight role for digital within government, said he wants to make sure that connectivity and skills gaps targets, in particular, are being met.

Mr McKee, who launched the refreshed digital strategy in partnership with local government umbrella association COSLA, on 11 March, said: “In the world I’ve come from it’s about reviewing and checking what’s going on in the plans, making sure we’re hitting the numbers and understanding what you do to make sure you stay on track.

“So I’ve very much got a focus on the execution part of it, as much as writing the strategy is fine, it’s how you deliver on it is what really counts.”

Mr McKee mentioned the R100 (Reaching 100%) programme which aims to connect every Scottish household to superfast broadband by 2025-6. The final contract lot with supplier BT was recently signed and work – delivered by build partner OpenReach – is about to get underway on bringing connectivity to some of the remote parts of northern Scotland and island communities.

He also described the aim to more than double tech trained individuals coming through the education system from 4,000 to 10,000 a year as a “concrete measure of success” along with a national programme – Connecting Scotland – to bring digital connectivity and data to 55,000 people from disadvantaged backgrounds.

Mr McKee, who before his political career held senior roles in manufacturing and business, managing companies in the UK as well as Poland, Finland, Croatia and Bosnia, also credited former Skyscanner chief operating officer, Mark Logan, with bringing a sharper edge to Scotland’s ability to deliver on aims to become a world-leading digital nation, built on strong ethical and inclusion foundations, and which attracts international investment.

He said: “If you look at the Logan report, it is a really effective and very well-structured approach, in order to create this anti-fragile tech ecosystem in Scotland, an ecosystem that’s strong enough to be able to learn from its mistakes and to continue to grow and thrive.”

He said that the Logan report coupled with other recent strategy launches – including on cyber and AI, and an inward investment plan – is a real opportunity to start bringing together digital initiatives under one “umbrella” that will help Scotland develop its pitch on the international scene. He said that this was already being done by the likes of Scottish Development International but conceded that “we could always do more” to bring in foreign direct investment.

He described Scotland’s approach to being different to that of Ireland in the late 1990s, which wooed big tech companies like Apple and Google with tax breaks and incentives, to grow the economy “downwards”. He said Scotland’s approach is to come at it from “both directions”, by using world-class universities to help build startup businesses from the bottom up, and to bring in international investment.

He said: “Scotland is the most effective part of the UK outside of London at attracting inward investment and the inward investment plan we released at the end of last year really talks to how we take that to the next level. So it’s that real combination that means that the tech sector is really going to go from strength to strength.”

The updated Digital Strategy, developed by the Scottish Government and COSLA in consultation with business and the third sector, includes an ambition to achieve “world leading” levels of digital inclusion to equip Scotland for the technological transformation of the post-coronavirus world.

It also highlights a shared commitment to deliver digital public services that are accessible to all and simple to use. On the economy, it recognises the potential for technology and digital ways of working to support Scotland’s post-pandemic recovery and its environmental targets.

COSLA resources spokesperson Gail MacGregor said: “Digital technologies are changing the way we live our daily lives. The Digital Strategy for Scotland sets out an ambitious vision of a Scotland where everyone has the necessary skills and connectivity to thrive and where technology is used to improve access to services designed around the needs of people.”

‘If Larry Page had attended a Scottish university, a KPI somewhere would have tipped towards amber when he co-founded Google’