Home > Data & AI > Internet of things can only get better 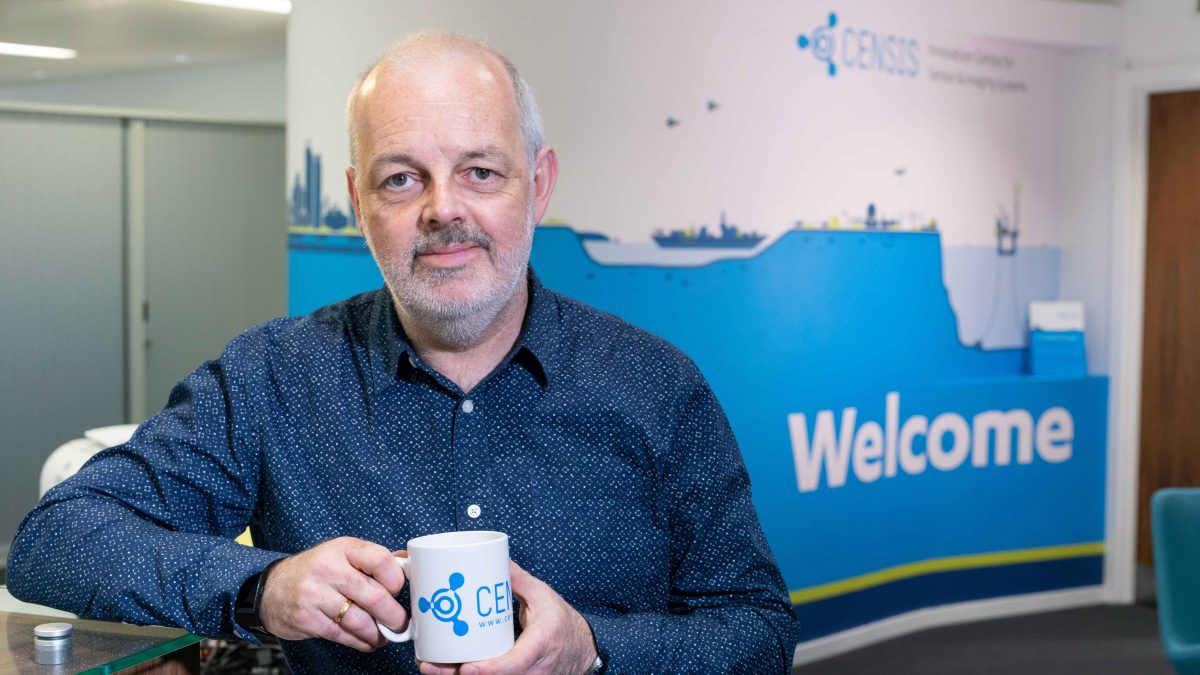 It has always been difficult to visualise the future of technology. If you look back just a few years ago, the portrayal of the internet of things (IoT) was often based on time-lapse photography of ‘smart cities’, with every street lamp, bin and traffic light orchestrated by a giant control centre brain – switching things on and off in perfect harmony with the daily rhythms of human activity.

The reality, of course, is much different. Little boxes with transistors, some wiring and soldered bits of metal – all sown together by a tinkering engineer – is much closer to the truth when it comes to the sensor devices that send and receive the signals powering the next generation of connected, data-driven technologies.

Scattered in a back room at CENSIS headquarters in Glasgow is just such a scene, with an array of electrical equipment poised to become the latest way of monitoring humidity in social housing, gauging river flood levels or checking roadside temperature levels in areas prone to black ice.

Paul Winstanley is the man who leads CENSIS, Scotland’s innovation centre for sensing, imaging and internet of things technologies, and whose laboratory-like surrounds remind me of an demonstration zone at a tech conference.

He thinks we are at a “tipping point” when it comes to the adoption of the technology, which is seeing more and more public sector bodies and private industry turn to IoT as a way and means of improving services.

“The last couple of years have seen the technology really come into its own,” says Winstanley, chief executive of the organisation, which will celebrate the tenth anniversary of its founding next year. “The technology is now maturing and barriers for adoption are lessening; it’s the development of the industry and the willingness for organisations to use the technology that is really starting to make a difference.”

It is also being driven by a significant investment in digital communications infrastructure across Scotland, as well as improvements to security – or at least the perceptions of security – which held back IoT in the early years.

Now, testbeds have sprung up around the country, not least in Edinburgh and the south-east Scotland region, as a result of UK and Scottish Government city region deal funding.

That has led to the development of Long Range Low Power Wide Area Networking – or LoRaWAN – infrastructure as part of a “data education in schools” project.

Capita, which runs the Scottish Wide Area Network (SWAN) network, has also brought the capability to its network, which serves more than 6,000 sites in Scotland, including every hospital and ambulance station, as well as pharmacies, GP surgeries, nurseries, schools and local councils.

And the network infrastructure provider North created a £6 million pan-Scotland IoT network of wireless gateways, in a venture part-funded by £2.7m from the Scottish Government, with further support from Scottish Enterprise, Highland and Islands Enterprise (HIE) and private sector investment from North itself. All of which is helping to spur local demand. Highland Council has used IoT-powered temperature sensors to carry out remote inspections for legionella in swimming pools, saving the need for an engineer to drive to a site and do it manually.

And East Renfrewshire Council has deployed the technology to monitor temperature levels on roads, which allows staff to determine when and where to send out the gritting lorries in cold weather.

In the agricultural sector, one of the most potentially ground-breaking deployments will be under the £21.3m Digital Dairy Chain programme, funded by Innovate UK.

Its Scottish arm is run out of Scotland’s Rural College, from its Barony campus in Dumfries, where the focus will be on the use of sensors and data from dairy herds and how it can be utilised to produce more and better dairy products.

“We’ve got some incredible organisations with real strength in emerging sectors, such as agritech,” adds Winstanley. “There’s a great basis there for looking at how we can transition agriculture, both in terms of productivity, or in yield.

“That is a really exciting area where I think through exploitation of those programmes, if we do it well, Scotland could become a significant leader in agritech.”

In what is believed to be one of the first projects of its kind in Europe, IoT is set to be used as part of the restoration of peatlands across the Western Isles.

Peatland covers around 20 per cent of Scotland and is vitally important to the environment as it stores 1.7bn tons of carbon, the equivalent of around 140 years of Scotland’s annual greenhouse gas emissions.

However, it is estimated that 80 per cent of this peatland is damaged, which allows it to dry out. If this continues it will release a large amount of CO2 into the atmosphere, making climate change worse.

The IoT pilot – carried out by UK digital connectivity specialist, FarrPoint in collaboration with NatureScot Peatland ACTION, the Carloway Estate Trust and Scottish Water, with funding from the Scottish Government – aims to inform that restoration work by remotely measuring water content in a year-long trial in Loch Orasaigh.

“CO2 sequestration in peatlands is one of the most important environmental problems we face. If IoT can provide information and action points that can contribute positively towards net zero goals, then I think that’s not only a huge benefit to society but also it starts to open up the field for technologies to come in and create new ways of doing environmental compliance,” says Winstanley.

The growth of IoT has not followed a linear path, and smart cities still feel a long way into the future. Adoption has been piecemeal, but in a good way, as the need has arisen, and as old process-driven industries have spotted its potential to improve efficiencies and reduce cost.

But as more organisations adopt the technology, it is leading to others to consider it – and creating knock-on effects. Thankfully with organisations like CENSIS providing a national platform and testbed for academics and industry to come together, the future for IoT in Scotland – regardless of grand, sweeping visions – feels assured.

Paul Winstanley is speaking at #DigitalScotland2022