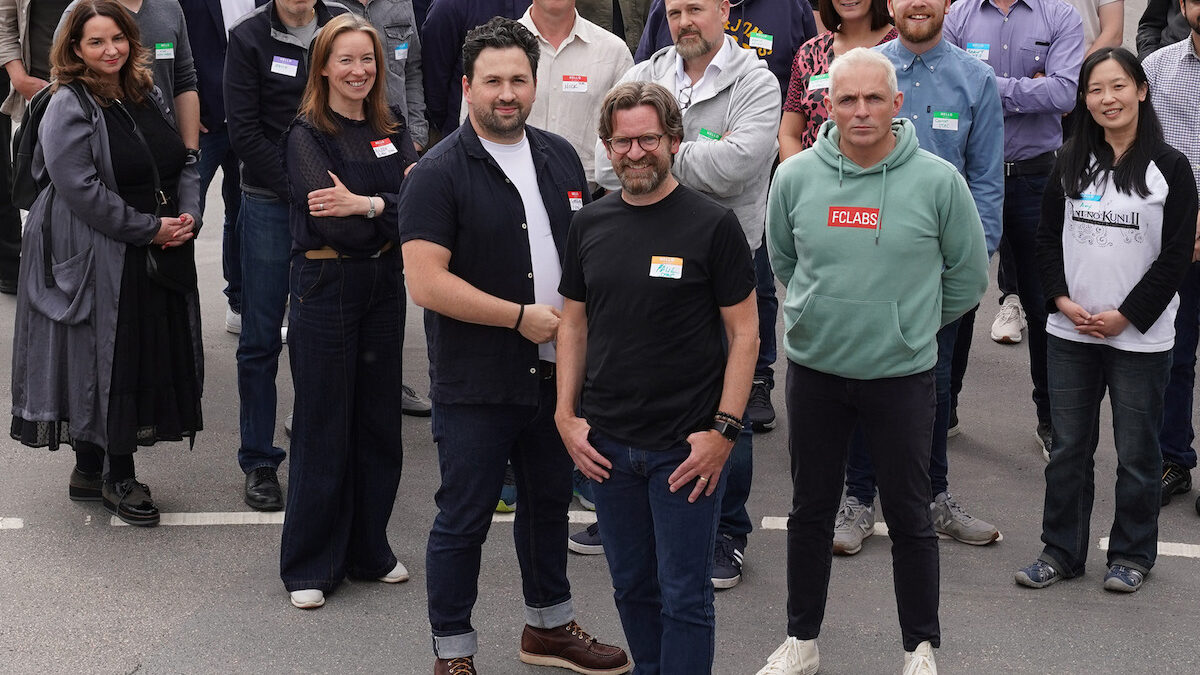 As global tech clusters go, Waterloo in the Canadian province of Ontario is probably not one that immediately springs to mind. But as the home to the nation’s ‘technology triangle’, it has worked assiduously over the last 25 years to attract some of the best and brightest industry talent.

In partnership with Toronto – with which it has formed a ‘tech corridor’ – the two geographically close regions make up the second largest technology cluster in North America, after Silicon Valley.

Paul Wilson knows of its success only too well. For many years, he was based there with his family working for one of the biggest tech firms on the planet, BlackBerry.

Having started a tech consultancy, he joined as the firm began to pivot from handsets to the emerging internet of things (IoT) industry.

He made what he describes as his own transition from “smartphones to smart homes” and hasn’t looked back. After a decade in Canada, Wilson is now back home in Scotland as chief executive of the Glasgow-based STAC – Smart Things Accelerator Centre.

Started just a year ago, despite the difficulties of Covid, he is moulding the centre at the city’s Skypark in the fashion of Waterloo’s own Accelerator Centre, Canada’s number one tech incubator, which has worked with 650 startups and claims to have created more than 4,000 jobs and attracted over US$1 billion in investments.

“From this population of 300,000, it’s been producing around two to three unicorns every year,” says Wilson. “It was just an incredible engine for the growth of the tech and IoT sector there, which absolutely has the chance of being replicated here.”

Wilson consulted with CENSIS’s Paul Winstanley and STAC founder Gregor Aikman on the blueprint vision to “kickstart the IoT sector” in Scotland.

Focused on providing nascent IoT companies with specialised mentorship, both in business and product development, and crucially the framework to help them scale-up, the centre has already supported 24 companies who are building smart devices, designing IoT solutions, or making components for products.

But Wilson wants to go further. “We have a very clear KPI [key performance indicator], which is we want to have 25 companies with teams of 30 people and average revenues of £30 million per year by 2026,” he says. “And these companies would graduate through the STAC programme, and by doing so they will be ready to scale internationally.”

He adds: “What I observed in Canada is that success breeds success and that in turns raises confidence, so people start to see companies getting built, being successful, doing business internationally, and then they are inspired to do it themselves. There’s nothing more sophisticated to the accelerator and tech scaler model than that.”

The companies incubated by STAC have already fared pretty well. Among recent STAC cohort successes, University of Strathclyde cybersecurity spin-out Lupovis secured a £615,000 pre-seed investment at the end of 2021, co-led by Techstart Ventures and Nauta Capital.

Meanwhile wearable device startup Toto Sleep’s founder Victoria Fullarton secured £150,000 from businesswomen Sara Davies on BBC’s Dragons’ Den in January and is now taking pre-orders. Also, fitness specialist BGR is preparing to ship orders to more than 50 countries worldwide. The centre  has also secured the backing of 13 corporate sponsors, including Intel, Twilio and Plexus, working across a variety of sectors including healthcare, industrial, aerospace and defence.

One of the interesting aspects of IoT, Wilson says, is how smart technologies are transforming old industries into new.

“What’s been clear for some time now is that non-tech sectors have been becoming tech through IoT. In Canada, we were working on solutions that were in the energy sectors, food and drink production, healthcare, smart cities, transportation and tourism.

“And all we’re really using is the same kind of building blocks of technology, so computing connectivity, data collection, analytics, and intelligence to give recommendations on how to improve products or a service. So I got really engrossed in that and have continued to do so here.”

Wilson would like to see easier pathways for IoT companies into public services, however, to start using smart city solutions at scale, for example, or to be brought more into the healthcare or local government markets.

“We have got an incredible need for remote patient monitoring here,” he says. “So, it’s how do we get co-ordinated so we can get Scottish market needs better met.

“I’m sure the tech scalers initiative will play a part in that, when it comes to government and industry working together and to spot the opportunities, so we don’t miss out on a fantastic IoT product or service that would fit really well into our own markets, and also for us to be able to scale that internationally. We can and should be doing both of these things.”

Wilson has lobbied government to that effect and STAC, a non-profit company, has taken funding from Scottish Enterprise, and would like to work more strategically with Scotland’s innovation centres, including The Data Lab, and CivTech, the Scottish Government’s own accelerator for public sector-focused tech solutions.

STAC is also aligning itself with CodeBase, which is leading on Mark Logan’s recommendations to build a nationwide series of tech accelerator hubs.

Not all companies will graduate from the STAC programme, though, says Wilson. The idea is not just to come out with a certificate at the end of an 18-month process; the firms must prove themselves capable of delivering a viable business that can be nurtured and hopefully grown into something much bigger.

He calls it a “stress test”, for which founders must be prepared to fail as much as go on to become the “next big thing”.

“But we will support them to be the best they can be,” he adds. “The programme has four phases, from perfecting the value proposition to product development and marketing, through to making sales and getting the governance in place so that they’re ready to scale.

“The last stage of that will see them becoming leaders so they can start to do that repeatedly, and on an international level.”

And the future bodes well. Wilson has won the support of industry, in getting high-profile private sector backing for STAC, which he wants to become the largest of its kind in the UK and Europe.

He wants government now to really get behind the IoT sector, and suggests a Scottish line-up at the CES consumer technology conference in Las Vegas every year.

With BlackBerry predicting almost half of its revenues to come from IoT by 2027, it’s little wonder Wilson is betting on the technology to be a massive growth opportunity for Scotland, too.