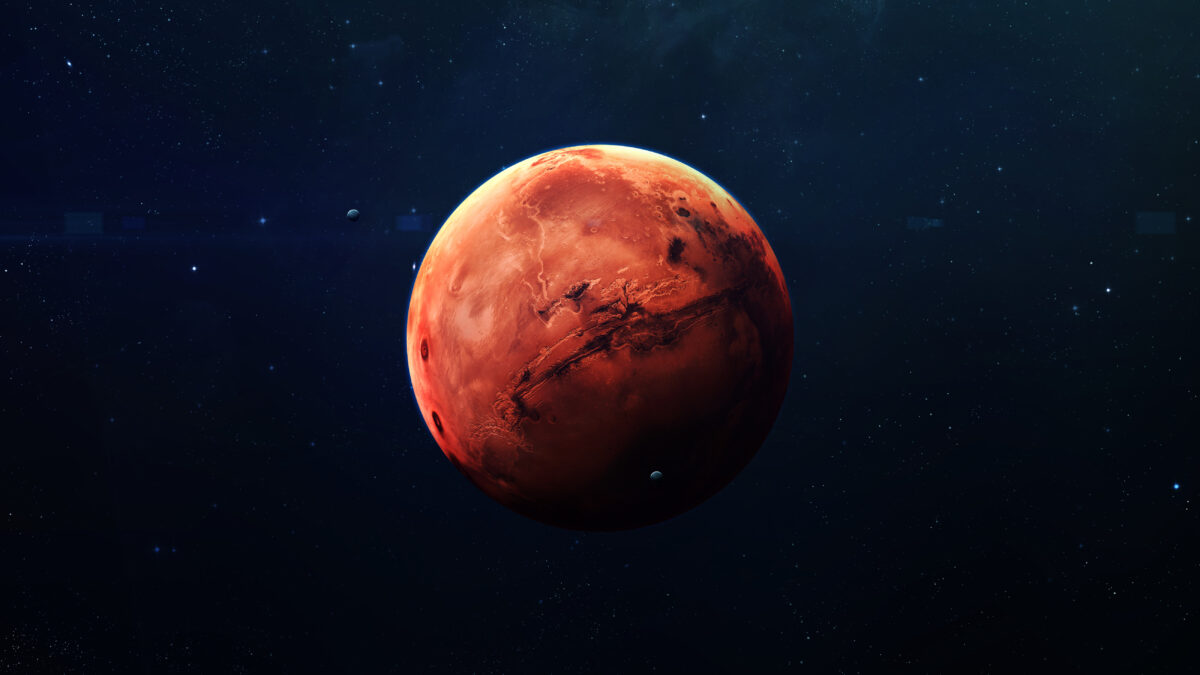 Mars experts at a Scottish university are addressing the skills and knowledge gap in the rapidly growing UK space sector by launching the nation’s first Masters in planetary sciences.

Students of the University of Aberdeen’s postgraduate degree will study earth, moon, and planetary sciences, as well as the technology that is used to understand the processes that form them.

It has been designed and will be delivered by the university’s “groundbreaking” Planetary Sciences Group, which is part of current and future missions to Mars.

Recruited to the department of geosciences last year, the arrival of the multidisciplinary group underlines the ambitions of the university’s long-term ‘Aberdeen 2040’ strategy – which emphasises the importance of research helping to solve real-world challenges.

The group has developed an instrument – HABIT (Habit-Ability: Brine, Irradiation and Temperature) – which is currently funded by the UK Space Agency, and will produce liquid water on Mars to support future exploration of the planet. It is scheduled to go to the ‘red planet’ in 2022, in the ExoMars mission.

“The next ambitious plans for the following decade include sending humans back to the moon, establishing a colony on Mars, probing Venus’s atmosphere and geology, searching for life near Saturn, sending missions to probe the metal core of a dead planet, and exploring the hidden ocean on Jupiter’s moon Europa. The science and technology challenges that will be covered by the future generations require an interdisciplinary approach.

“The purpose of this new degree programme is to provide an overview of state-of-the-art planetary research and technologies, and it incorporates training on the main technological challenges that must be considered in deep space exploration.”

A description of the course on the University of Aberdeen’s website reads: “We live in a time of unprecedented investment and collaboration in space exploration” and refers to several tech giants which are leading the way, including SpaceX – the US company founded by Mars enthusiast and entrepreneur Elon Musk.

Musk believes a potential Mars landing could be achieved as early as 2024 or 2026. He has hopes of eventually creating a self-sustaining colony on the planet by 2050.

A key element of the program is planned to be the SpaceX Starship, a fully reusable super-heavy lift launch vehicle under development since 2018

Martin-Torres added: “The science and technology challenges that will be covered by the future generations require an interdisciplinary approach. The purpose of this new degree programme is to provide an overview of state-of-the-art planetary research and technologies, and it incorporates training on the main technological challenges that must be considered in deep space exploration.

“This MSc is mainly for people driven by curiosity that would like to follow an academic or research path, but it is also very good for people that would like to enter the fast-growing market of space-related companies. It aims to engage students from across traditional science disciplines on space and planetary science, building new STEM skills based on its interdisciplinary nature.”

The latest Size & Health of the UK Space Industry 2020 survey showed Scotland is now home to 173 space organisations, supporting approximately one fifth of the 126,300 jobs which exist across the UK supply chain.

Dr Dave Muirhead, head of the university’s School of Geosciences, described the new course as “an incredible new development for the school and the university” which would appeal to students from a broad range of science backgrounds, including geology, biology, physics, and engineering planetary science.

He said: “For students with a science background, this MSc will provide the needed spacecraft design and engineering exposure. At the same time, it will encourage an appreciation for space science and research, and the supporting technologies for robotic and human space exploration and instrumentation.

“We have a long history of geological and astrobiological research at Aberdeen and this Programme allows us to share our passion and wonder for exploration.”

For more information about the MSc in planetary sciences, which will be available to study on either a full or part-time basis from September 2021, visit the University of Aberdeen course page.

Part two of our series marking National Coding Week: how to get into coding