Home > Tech > Need to know when the kids are almost home from school? There’ll be an app for that soon 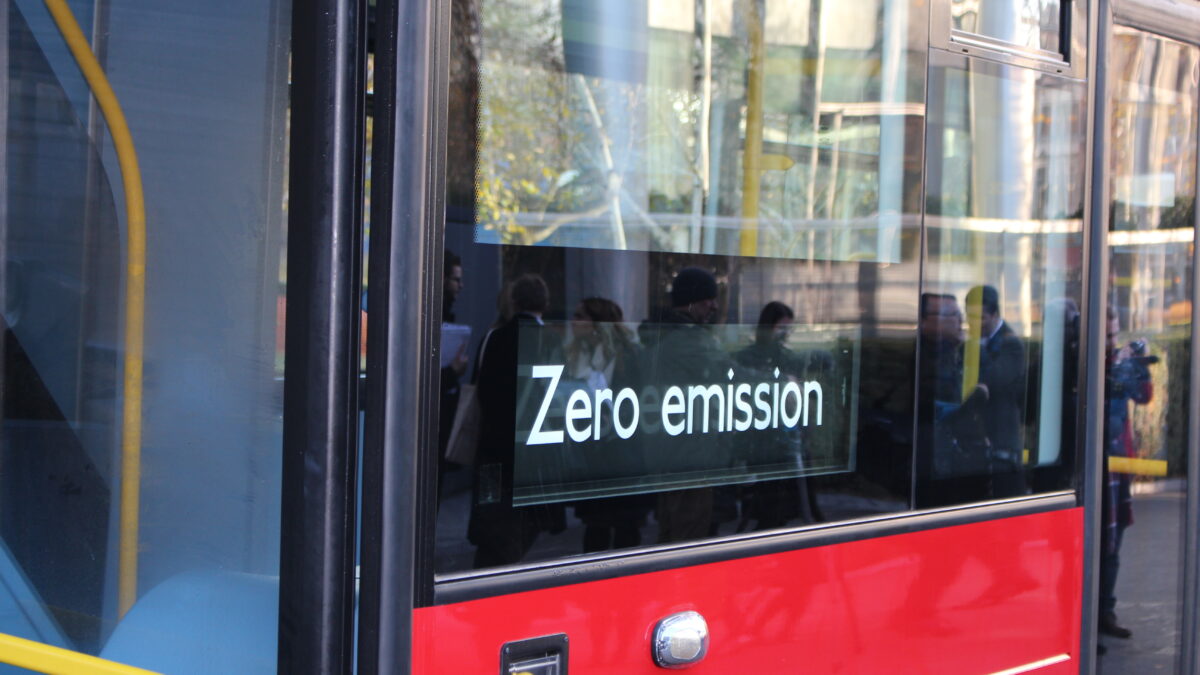 From a fairly ordinary local bus company bought out by managers when the market was deregulated in the late 1980s, the journey from Aberdeen municipal buses to what is now the global public transport behemoth First Group has been a pretty remarkable one. Although the company’s roots are still very much in the north-east, its day-to-day operations extend far beyond the outer limits of the Granite City. Every morning, across the US, some six million children wake up, get dressed and are ferried from their door to school in an ever-moving fleet of the company’s 45,000 buses.

But as much as the firm – whose interests also span bus and rail franchises up and down the UK–has built up a steady and solid business reputation over the course of the last two decades, it is increasingly having to keep abreast of the very latest technological advancements. And to innovate.

You might not expect the humble bus to be subject to much ‘disruption’ at all, but according to Richard Thorp, First Group’s Chief Technical Officer, it might not be very long before passengers will be able to track their bus precisely on a smartphone, and even to be able to find out how many seats are available on it.

“For me, it’s about passenger information,” says Thorp, who is speaking tomorrow at an Internet of Things conference in Edinburgh, run by Scot-Tech Engagement. “So it’s about giving accurate information about where the vehicle is, and an ETA to the passenger. I think we will get to the point where published timetables are a thing of the past. That’s quite a way off, but that’s where we’ll end up, I think.”

The idea of ever-larger grids of connected devices is an emerging one. So-called smart cities have been the talk of many a municipality across the UK in recent years, notably Glasgow, which has been a test-bed for the idea of merging data from traditional networks and services with digital communications technologies, to make them more efficient, benefiting its citizens and businesses. It is this area of overlapping previously disparate sources of data, in particular, that Thorp sees as a future driver for companies like his.

“I think the technology is maturing,” says Thorp. “By that I mean there are now more available sources providing a mix of data now, and where it’s going for me is we can pick up both route information, and then overlay things like historical traffic patterns, things like geography, and elevation.” Elevation, he explains, would be of great benefit to bus companies, as they would have the ability to tweak gearbox ratios to maximise fuel efficiencies for buses travelling up hills.

But also at street level, the ability to use outside data from the likes of insurers to better inform bus companies where accident black spots might be, or from mobile network providers so they can see where there are large gatherings of people, could be game-changing. “This is where I see the confluence of big data coming forward, but the combination of weather patterns, traffic patterns, elevation, insurance and then straightforward people data would be of great benefit,” says Thorp.

“If you look at a straightforward map, you’d never see a road with a corner that’s slightly off camber – you’d never see that on any map but you’d have slightly more accidents there than you would expect.
“And if you start to get a little bit more info from mobile networks you’d be able to see where there’s more footfall than normal and you can start planning new routes to serve those people. If you’ve got an existing bus route where a new housing estate opens and you’ve got a bus stop in a certain place it may be worth moving the bus stop, even something as small as 200 yards back down the road, to make it a little bit closer to where those people are.”

Although much of the technology work we discuss is currently either under wraps or just talk of likely future developments there are some tangible projects underway across the business. (The one caveat Thorp mentions more than once is connectivity; you need 4G/ LTE mobile speeds as a minimum to make much of this technology work, and there are huge swaths of the country it just doesn’t reach.)

In the US, geo-sensors have been placed on school buses and an app, which is in a Beta phase of development, is likely to launch soon, which pushes notifications to parents to tell them when the vehicle is near.

“I think this is what people are now expecting,” says Thorp. “They can track their parcels, track their Uber taxi, why not the school bus? Once you start layering in this amount of information, which you get from simple sensors, you can start to deliver real value to somebody.”

Although the tech for being able to see if there are available seats on a bus is “not quite there yet”, there has been considerable progress with smart ticketing. Thorp envisages a scenario where biometric or facial recognition could be used instead of tap-in contactless forms of payment.

“I think that’s where the future of it is going,” says Thorp. “Ultimately tap-in cards, like Oyster, things like that will come to a point. Your phone is probably going to become your electronic wallet but even that can be affected by running out of battery.

“Going forward facial recognition and biometrics is a really interesting field. If you can see what can already be done by Windows Hello and the development of cameras that can even read your pulse or measure your blood pressure, the potential of this kind of technology is quite something. It’s way down the road and there are privacy issues that would need to resolved but I’m sure there will be applications for passenger information and security, even for a service that is largely the same as it was a hundred years ago, picking up people from a published route according to a timetable.”