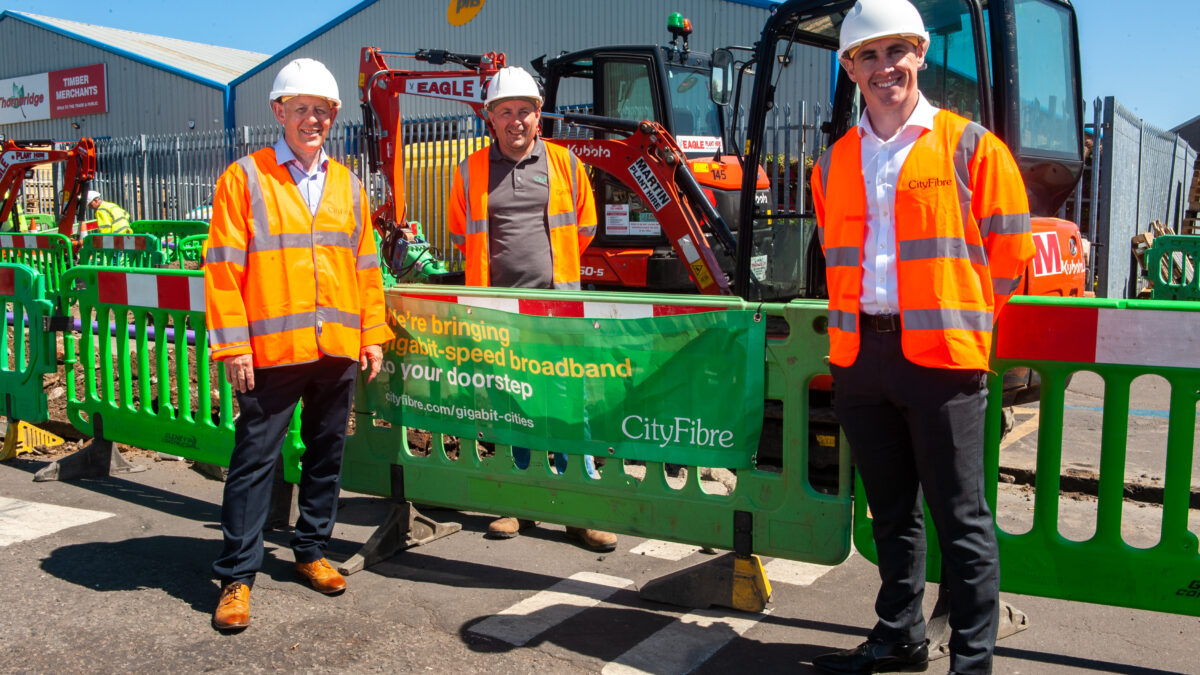 Plans to future-proof Glasgow are in motion as a leading telecoms provider has started work to connect homes and businesses in the north west of the city to its full fibre network.

Construction has now started in the Netherton area and is being delivered by Glenevin on behalf of London-headquartered CityFibre.

With work progressing at pace, the digital infrastructure company plans to target the next areas, Anniesland and Temple, in late September, followed by Port Dundas in November.

The team will use a range of construction methods while working in close partnership with Glasgow City Council and local communities to deliver a fast rollout, while minimising potential disruption.

Each area is predicted to take a few weeks to complete, but CityFibre says construction teams will only be outside each home for two to three days and residents will be notified by mail before any work starts.

Construction in the north west of the city is the next stage of the network installation, with work beginning in the south of the city earlier this year.

The overall project, which is one of the largest city-wide full fibre rollouts in Europe, is expected to reach completion by 2025.

David Cannon, CityFibre’s city manager for Glasgow, said: “Our ambitious plans to deliver full fibre connectivity to almost every home and business across Glasgow is a major undertaking and I am excited to see our plans progressing, with the rollout now underway in the north west of the city.

“We have previously worked with our build partner Glenevin to deliver projects in other areas of Scotland, and I know they will work to deliver the project quickly, with as little disruption as possible to residents. I would like to thank the local community for their patience as we work to make Glasgow one of the world’s best digitally connected cities.”

Councillor Angus Millar, chairman of the Digital Glasgow board, said: “As so many of us are now aware, being digitally connected in our homes and workplaces is vitally important, supporting Glaswegians to live, work and access services in an increasingly digital world. The further rollout of this full fibre network in the north west of the city is to be welcomed, giving more of our people and organisations access to very fast broadband speeds and bringing real social and economic benefits to our communities.”

As the network is completed in each neighbourhood, internet service providers (ISPs) will light them up with some of “the fastest and best value broadband packages” available in the country.

The network is not yet live, but once activated, services will be available from an increasing range of broadband providers.

Across the UK, CityFibre is working with launch partner Vodafone to supply full fibre infrastructure for customers on selected Vodafone Pro Broadband plans, and TalkTalk, with other providers expected to join the network soon.

Full fibre networks, unlike many of the copper-based ‘fibre broadband’ services available today, use 100 per cent fibre optic cables to carry data at light speed all the way from the home to the point of connection.

This gives users speeds of up to 1,000 megabits per second (Mbps) for upload and download, near limitless bandwidth and connectivity users can depend on.

CityFibre is bringing full fibre connectivity within reach of up to 8 million homes in towns and cities across the UK as part of its up to £4 billion ‘gigabit city investment programme’.

On ScotRail ‘download the Beatles back catalogue in under two minutes’