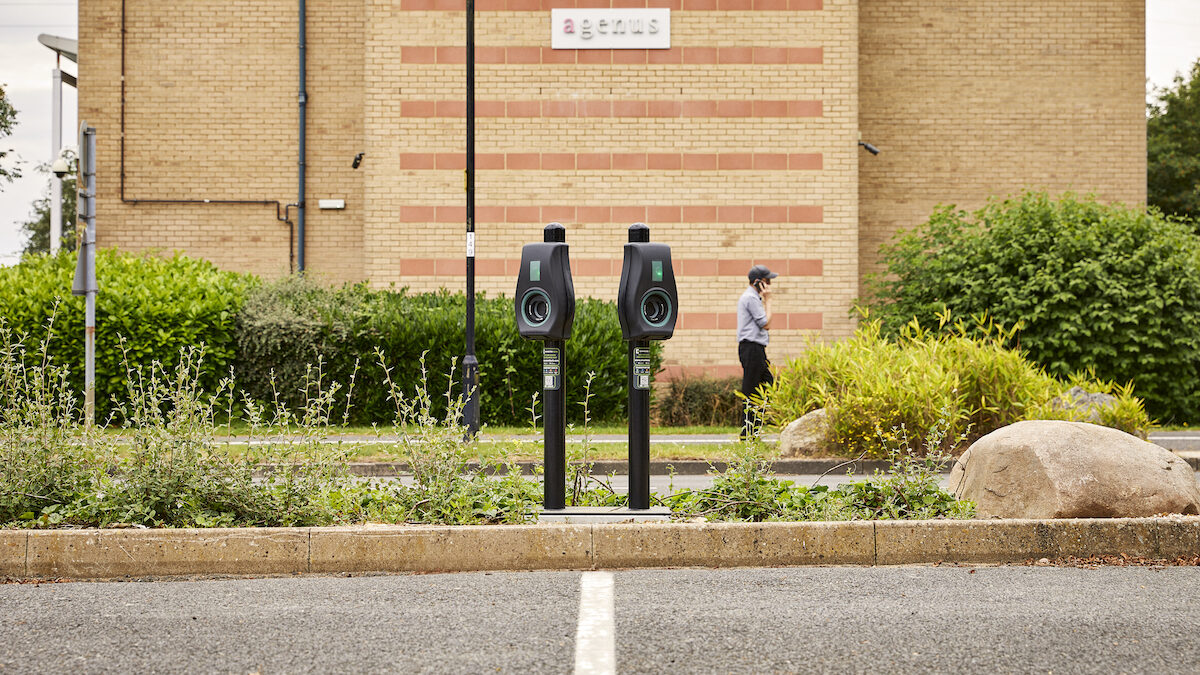 Two regions of Scotland are among four UK testbed areas for new kerbside electric vehicle charging points – to make it easier for people without driveways to take advantage of green transport options.

Glasgow and East Lothian will be rolling out new ‘agile streets’ charging points to boost the number of voltage points for electric cars to recharge on journeys.

In Glasgow, the project will see 24 on-street smart chargers installed by Connected Kerb and will be the first in the UK to integrate smart metering technology into public on-street chargers.

And in East Lothian the same number of points will be installed by the company in an initiative supported by the UK Government.

This year alone, ownership of electric vehicles has soared by 139 per cent according to UK official car registrations data; in East Lothian that figure is 54 per cent and in Glasgow it’s 72 per cent.

However, the 40% of UK households without off-street parking have to rely on the public charging network to charge EVs, which at present is usually more expensive than charging on a driveway.

Unlike those who can charge at home, drivers without off-street parking cannot benefit from smart energy tariffs which shave hundreds of pounds off the cost of charging every year.

This creates significant inequality between road users, as outlined in a report commissioned by the UK Government.

The smart metering technology will cut the cost of EV charging by as much as 40 per cent for people who don’t have driveways – equivalent to savings of up to £290 a year. Drivers will simply download an app to charge as they go.

Chris Pateman-Jones, CEO of Connected Kerb, said: “Easy access to affordable charging infrastructure is one of the biggest barriers to the uptake of EVs. The number of smart energy tariffs has exploded in recent years thanks to increasing demand from EV owners, making charging at home one of the most affordable ways to travel today.

“However, almost half of us don’t have that privilege and instead rely on public charging infrastructure which is often more expensive. It is vital that access to affordable energy is equitable across the entire population – driveway or not – and this project does just that, giving drivers in Glasgow and East Lothian without off-street parking the same benefits as everyone else.”

Smart metering allows EVs to schedule charging at times when energy prices are cheapest, such as overnight when demand is low or on sunny and windy days when there is an abundance of supply due to additional solar and wind energy.

This reduces emissions and keeps costs low for drivers. By telling the app what time you need the car charged by, drivers will always have enough power to drive away when needed.

Local drivers who have not yet gone electric but wish to participate in the scheme, can still sign up to be selected to take part by accessing an electric car from Onto, an electric car subscription service, offering up to 50% off for the first two months.

Rob Jolly, CEO at Onto, said: “We are thrilled to collaborate with Agile Streets. This project resonates very much with Onto’s mission of making driving more affordable, sustainable and flexible, accelerating EV adoption and lowering the threshold for anyone to drive an EV.”

The trial will run from October 2021 until May 2022, giving hundreds of local drivers the opportunity to benefit. Once the trial is over, the 24 chargers will be handed over to Glasgow City Council and East Lothian Council, providing much needed on-street EV charging infrastructure for future us, with the aim of increasing EV uptake ahead of the 2030 ban on the sale of new petrol and diesel vehicles.

Cllr Norman Hampshire, environment spokesman for East Lothian Council, said: “Providing equal access to affordable electric vehicle charging across the region is a key part of our plan to achieve carbon neutrality by 2045 or earlier.

“This scheme offers a great opportunity for local businesses and residents to have access to charging infrastructure that could save them hundreds of pounds every year. Not only is this crucial as we move closer to the 2030 ban on the sale of petrol and diesel cars, but it means that the county can play its part in the green revolution.”

The Agile Streets project is delivered by a consortium comprised of Samsung Research, Connected Kerb, Octopus Energy For Business, SMETS Design Limited, Energy Saving Trust and the Power Networks Distribution Centre. The project was awarded £1.5m by the Department for Business, Energy and Industrial Strategy (BEIS) to deliver the Beyond Off Street Smart Meter Electric Vehicle Charging programme. The scheme is also being rolled out in Hackney in London and Shropshire.

Glasgow ultrasonics company to be presented with innovation award