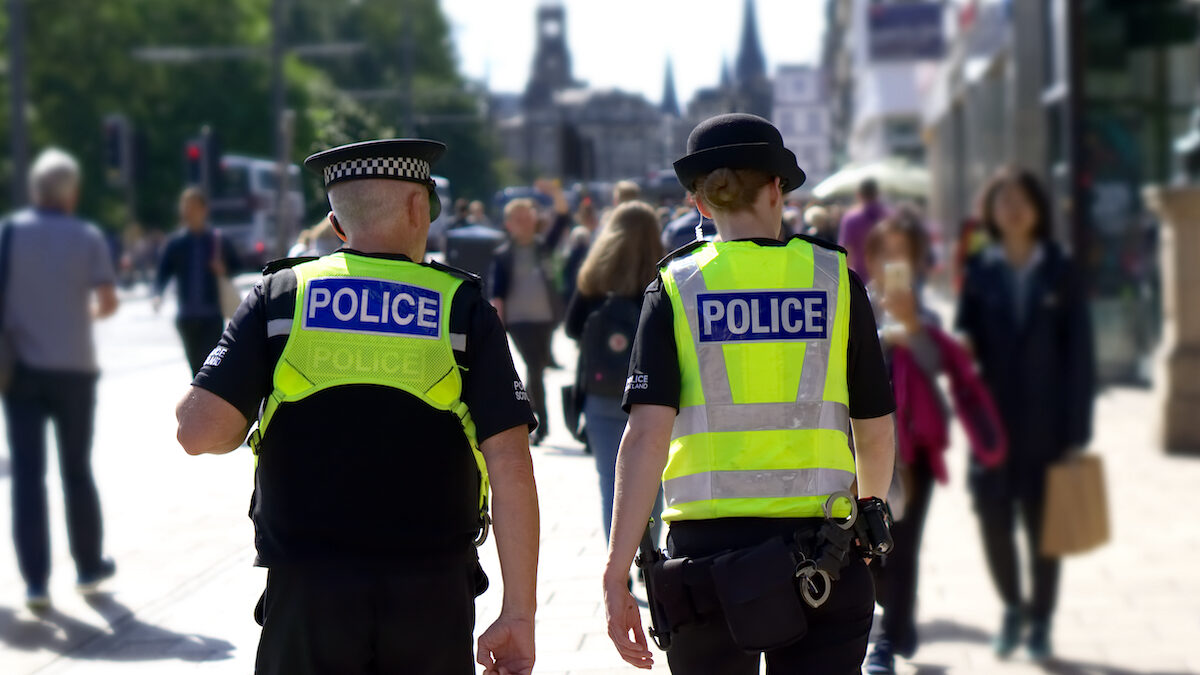 Staff Writer, July 10, 2020 4 min read
The roll-out of mobile devices by Police Scotland has freed up more than 400,000 hours of officer time in just one year, transforming policing in communities across the country. The increased functionality and ability to conduct checks and process administrative tasks whilst on the go has saved officers a total of 444,496 hours*. In summer 2019, police officers in Tayside were the first in Scotland to start using the devices as part of their operational duties. Response, community and frontline specialist officers (dog unit, roads policing, firearms) in all of Police Scotland’s 13 divisions are equipped with devices enabling them to access a wide range of police systems without the requirement to return to their station and log on to a computer. This means officers can spend more time in their communities dealing with incidents, supporting victims and focussing on crime prevention. Previously, when officers dealt with a crime, they would have to return to base to record details of the incident on the appropriate systems and to complete paperwork. Statements which traditionally would be written into a notebook and transcribed, are now typed directly to the device through the digital notebook function Pronto. Officers can now carry out their own checks which could previously only be done via the area control room. When investigating missing person enquiries, officers can now upload and share images immediately with fellow officers which is a vital tool when time is critical. Superintendent Craig Smith, of Police Scotland’s Digitally Enabled Policing Programme, said: “Mobile working for response, community officers and frontline specialist officers is a major milestone which is positively changing the operational policing approach in Scotland. “Our officers now have vital information at their fingertips meaning they can react quickly when dealing with incidents, searching for missing people who could be extremely vulnerable or investigating crimes. “This piece of kit is revolutionising the way officers work and is helping to keep people safe.“The devices will be further enhanced over time with the addition of future policing applications, including national systems as they become available.” PC Garrie Watson, Tayside Division, has been using a device as part of his duties since last summer. He said: “The introduction of mobile devices has been a real benefit which has ensured I am able to remain visible within communities and also conduct checks and process administrative tasks whilst out of the office. “When attending a fraud involving bogus workmen I found having access to a range of police systems whilst at the incident was extremely useful. This allowed me to carry out checks on the persons and vehicles involved quickly and easily. “A large part of my work involves liaising with partners, councillors and the public via email therefore having access to this facility whilst out of the office has been a great advantage.” PC Watson added: “The device allows me to save time on a daily basis in various different ways. After compiling a witness statement this can now be electronically copied from Pronto into the Tayside Division system. This is a significant time saver when compared with the paper notebook which requires statements to be manually typed and processed. “The ability to generate crime reports and access documents and emails whilst protecting a scene, at custody or on mobile patrol saves me time at the end of the day when I would typically access a computer to complete my paperwork.” David Crichton, Vice Chair of the Scottish Police Authority (SPA) said: “The introduction of mobile working was much needed and has brought real benefits to the police and the public by making the service more responsive, visible and efficient. Communities are better served and better protected as a result and the Authority is committed to making the case for continued investment in technology to ensure that policing in Scotland keeps pace with changing needs and demands‎.” Justice Secretary Humza Yousaf said: “I am very pleased to see that the investment in mobile technology has released considerable police officer time in just one year. “This innovative technology is helping to transform policing and allows Scotland’s officers to increase their focus on engaging with the public and keeping our communities safe.” The £21million Mobile Working Project was part funded by the Scottish Government’s capital budget allocation and included partnership working with BT, Motorola and Samsung.
Previous