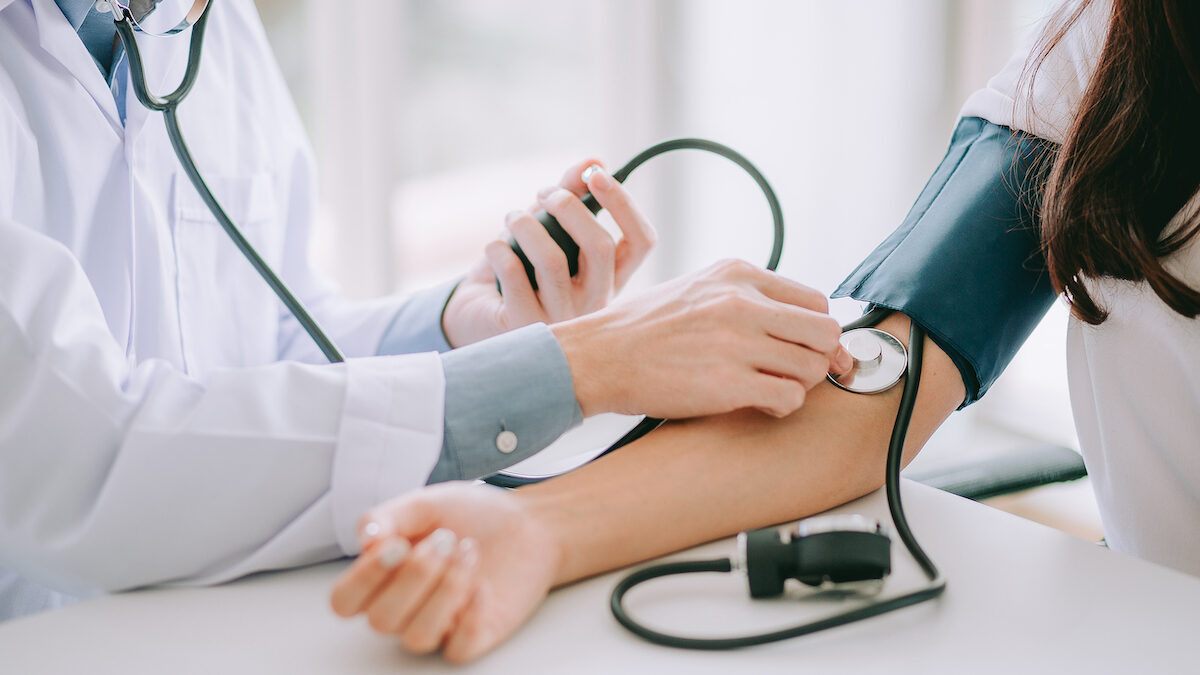 Staff Writer, June 26, 2020 3 min read
Patients who need a blood pressure test might not need to visit their GP thanks to a digital system that makes it easier to send results to their doctor. People using the streamlined system – which sends data over the internet or text – had better blood pressure control compared with patients receiving standard care, researchers at Edinburgh Napier and the University of Edinburgh found. The technique has been adopted by the majority of NHS boards in Scotland and could be vital to rural communities and those shielding during the Covid-19 crisis, experts said. High blood pressure is the biggest treatable cause of stroke and heart attack and is typically monitored by nurses in local practices. There are some 12 million of these appointments each year in the UK. Research studies have previously shown that at-home monitoring can help keep blood pressure in check better than routine care but GP practices have been slow to roll this out. Doctors say this is partly due to workload and difficulties adapting home results to the surgery’s computing processes. The researchers worked with 3200 patients across 75 GP practices in NHS Lothian to improve the process. They developed an integrated set-up that provides regular summaries of home readings to GPs, which delivers test scores alongside routine lab results. In a group of eight practices, they found that there was a fall in blood pressure in people using the system – called Scale-Up BP – compared with those receiving standard care. Patients also needed fewer face-to-face appointments compared with the previous year, suggesting that the system was having an overall benefit on their health, the study found. Researchers cautioned that those with the worst blood pressure scores were more likely to stop using the system and the reasons why should be explored. The system, which won the Clinical Improvement Award: Public Health and Prevention at the General Practice Awards, has now been adopted in 358 practices across 11 of the 13 NHS Boards in Scotland. Dr Janet Hanley, Associate Professor in Edinburgh Napier’s School of Health & Social Care, said: “This is a good example of evidence-based service development. It is almost 10 years since our first trial of blood pressure telemonitoring based at Edinburgh Napier which showed it helped people manage their blood pressure more effectively. “However, our qualitative research showed that for widespread use the professional interface for the system needed to be redesigned to fit with workstreams and record systems in primary care. “This redesign, by NHS Lothian, supported by University of Edinburgh and Edinburgh Napier, underpinned the ‘Scale UP BP’ project with wide uptake. We are grateful to the GPs, practice nurses and patients who throughout all these studies have been willing to give their time to try new things and to let us know about their experience.” The research was carried out in collaboration with NHS Lothian and the Scottish Government Technology Enabled Care Programme. The study was funded by the Chief Scientist Office and the British Heart Foundation. It is published in the journal PLOS Medicine Professor Brian McKinstry, GP and Professor of Primary Care eHealth at the University of Edinburgh, said, “We believe our new system could help GP surgeries adhere to social distancing during the Covid-19 epidemic and will be of help to remote communities, such as those in the Highlands and Islands.” Dr Jon Turvill, who trialled the system at The Harbours Medical Practice in East Lothian, said, “We’ve found that Scale-Up BP frees up time and gives us more accurate blood pressure data. It’s even more appropriate in light of Covid-19 and we are pushing on to recruit more people. Knowing that we can prevent more heart attacks and strokes this way is a real plus factor, and our patients like feeling supported without needing lots of trips to the health centre.”
Previous