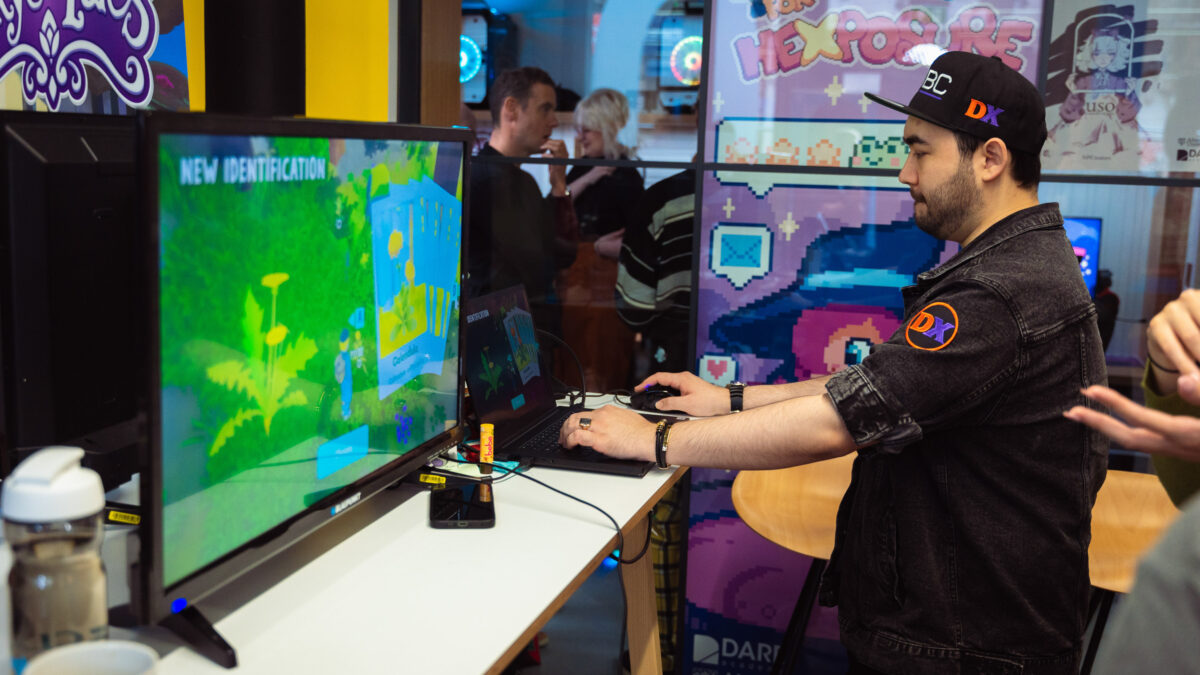 Scottish Games Week held showcase events in Glasgow, Edinburgh and Dundee as games developers and entrepreneurs came together for the first festival of its kind/Supplied
Business & Economy

Scotland’s first national games week celebrated the success of a ‘booming’ sector and gave an opportunity for pioneering designers, coders and educators to collaborate and innovate.

With six major events hosted between October 24 and 28, the ‘Scottish Games Week’ festival provided a focal point for companies, startups and entrepreneurs to push the industry to even greater heights on the international stage.

The showcase events took place in Glasgow, Edinburgh and Dundee, with an additional seven smaller ‘satellite’ events taking place across the rest of the country.

Brian Baglow, director of Scottish Games Week, said: “The goal of this first Scottish Games Week was to showcase the whole games ecosystem across Scotland as it exists in 2022 and highlight the importance and value of games to the country’s future. I believe we’ve achieved that and have created a real catalyst for change and a far broader acceptance of games and their potential as a key digital and creative sector in Scotland.

“The support we have received from the Scottish Government, the industry across Scotland – and worldwide – has proven there’s a real appetite for this sort of event and shows the passion and enthusiasm that exists across the country, from colleges and universities through to the largest studios.

“I’d like to thank every single person who took a leap of faith and got involved in Scottish Games Week 2022. The feedback so far has been incredibly positive and supportive. We’re already looking at how we will return in 2023.”

From design, development and publishing to education and application, the week showcased games and their in Scotland’s growing digital and creative economies – as well as the country’s future as a more inclusive digital society. Scottish Games Week also acted as a catalyst to support a more connected and collaborative games sector across Scotland, the UK and internationally.

The events throughout Scottish Games Week began with More Than Games at the Barclays Eagle Labs in Glasgow, hosting 25 speakers, chairs and panellists and opened by Cabinet Secretary, Angus Robertson.

On the 25th of October, the Education Symposium took place at CodeBase in Edinburgh, welcoming 50 educators across all of Scotland’s higher education institutions. In Dundee, the two-day Industry Conference went underway at Malmaison, as well as the first-ever Scottish Games Awards. The conference welcomed 150 attendees to witness talks and panel discussions from 40 industry-leading speakers, while the awards greeted over 200 attendees to celebrate the talent and hard work of the Scottish games ecosystem.

Ivan McKee, the Minister for Business, Trade, Tourism and Enterprise, said: “I am delighted the Scottish Government has been able to support this first Scottish Games Week, which has been a great success.

“Gaming has been rightly described as ‘Scotland’s secret weapon’ because game technologies such as virtual reality and AI have so many other potential applications in areas like education, health and social care.

“Scottish Games Week has helped people see gaming in this new light and I look forward to next year’s event and many more to come.”