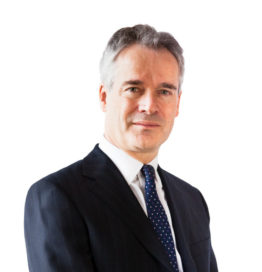 Scotland’s success in digital ‘has to be international’

Supporting young people to prepare for their future must be done in the context of the disruption that digital is bringing to public services and businesses, says Colin Cook, digital director at the Scottish Government.

“It is a self-evident truth that if Scotland is going to be successful, it will be in a world that has changed, that is digital, and that the solutions that have enabled us to be successful in the past are not going to be the same as those in the future,” he said.

Cook was speaking at the Edinburgh event of the Digital Cities series hosted by FutureScot in association with The Sunday Times Scotland.

“The core plans of the Government – growing the economy in an inclusive way, reforming our public services, tackling inequalities, preparing children for their future in life and work – all have to be talked about within the concept of digital.

“The disruption digital brings to services that support them and the opportunities that this disruption creates. This is both in terms of the immediate transformation it brings to government services and to different industries, but also increasingly the way in which society operates and the kind of work that we can expect to have as we look forward.”

Cook said Scotland had built strong foundations on which to excel; providing access to fibre broadband for 95% of premises, with a target of 100% by 2021, the highest level of basic digital skills of the four nations of the United Kingdom, transforming public services, stimulating economic growth, and fostering partner- ships between the wider public sector, digital businesses and the enterprise agencies.

“This not a cause for complacency, but we have the basis on which we can push forward and be successful,” he said. “Scotland has some unique strengths in areas such as data, health and social care, and sensors. And I think it is the job of government to identify those strengths, invest in them and make sure we have the skills and infrastructure to support them.”

As well supporting Scotland’s digital technologies sector, said Cook, the Government’s job was also to support wider industry to become “digitally mature and internationally competitive”, to create digital public services “around the needs of their users and to make the public sector more efficient”, and to create the conditions in which non-personal data is shared and used by people, businesses and organisations “as a source of innovation and efficiency”.

There is still work to be done, he said, on key areas of infrastructure, skills, inclusion and safety. This will focus on providing high quality connectivity across the whole of Scotland, on the country’s education and training systems expanding its pool of digital skills and capabilities, tackling the current gender gap in digital skills and careers, enabling everybody to share in the social, economic and democratic opportunities of digital, and on ensuring Scotland is a cyber-resilient and secure nation.

The opportunities, said Cook, lay in creating government organisations, such as those coming with the new powers afforded to Scotland, based on digital business models, and in being the most connected nation possible.

“Scotland’s success in digital must be in an international market. So, not just encouraging businesses to solve some of our great public sector challenges, but also supporting them to develop as internationally successful businesses.

“And there is a real opportunity in partnerships with industry, not the old model of outsourcing, but in new and vibrant ways of partnering and co-producing solutions. Digital is at the heart of the Government’s thinking. Our digital strategy doesn’t have all the answers and it does pose some questions.

“Ministers and people like me that support them are out constantly talking with organisations, the third sector, and with businesses, about what is needed. It is a genuine attempt to co-produce the answers in a digital world.”

Soofa, so good: from Obama's White House to the Granite City