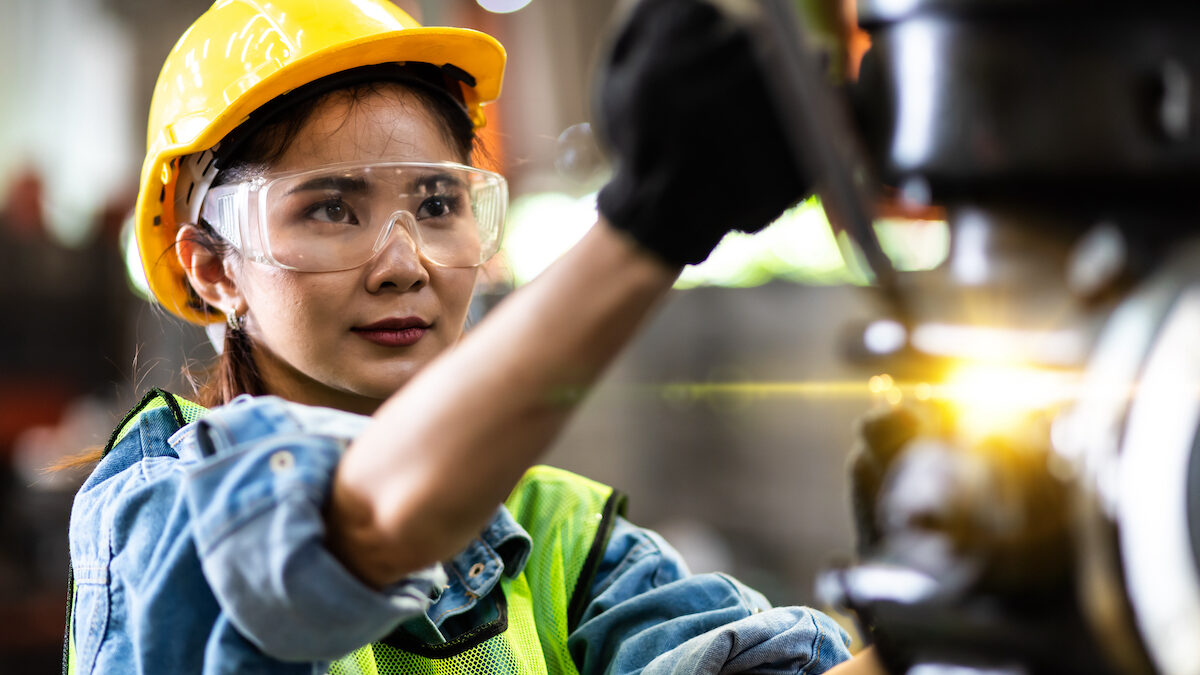 A Scottish Greens minister has urged girls considering a career in construction or engineering to “dive in and go for it” to help build a net zero society.

Lorna Slater said women have a vital role to play in the engineering sector and should be proactively recruited into renewables and emergent technologies.

The minister for green skills, circular economy and biodiversity gained a degree in electro-mechanical engineering in her native Canada before moving to Scotland and pursuing a career in politics.

Speaking to Scottish electrical trade association SELECT on the eve of Earth Day, she said: “When I was considering engineering as a career, the main pathways into it were maths and physics, both subjects in which girls are historically under-represented, so we have to make these subjects more accessible to young women.

“By the time I started working, it was really normal for me to be the only woman in the room, and I guess I got used to that – but we shouldn’t. We shouldn’t allow that to be normal.

“We need to proactively tell girls what great careers they can have in the emergent industries. So we have to go out, encourage them, find out what the barriers are and then try to knock them down to get women in and encourage them to stay.”

In conversation with Fiona Harper, director of employment and skills at SELECT, Ms Slater went on: “There are few role models and, where women are doing these jobs, it is important that we share that information as widely as possible.

“Figures show that the construction industry is 97% male and if you are part of the 3% it can feel lonely and unprotected. We need to achieve critical mass, because my experience is that, until you have about 30% of women, it still feels unsafe. With more women, the whole dynamic changes.”

Ms Slater, who joined the Scottish Government in her capacity as co-leader of the Scottish Green Party following the Bute house agreement, said other countries, such as China and India, were doing better in terms of gender balance in male-dominated occupations, and questioned if there was a cultural reluctance to change in the UK.

She said: “There are very good careers available, with lots of opportunities for collaboration – bouncing ideas around a team and coming up with a solution to a problem, perhaps a solution no one else had ever thought of before.

“We don’t talk enough about the creative aspect of being involved in professions such as engineering and perhaps if we did, it would make the industry more attractive to a much wider range of talent.”

Asked for her final message, Ms Slater, who worked in a variety of engineering sectors, including renewables, before entering politics, said there were important roles for women across construction and that if they were considering a career they should “go for it”.

She said: “Don’t hesitate, dive in, take that big step. You can help build the world you want to see – and your country needs you.

“I really hope that more women who wouldn’t otherwise think about engineering or construction give it a thought because these are good jobs and you get to be part of a team where you collaborate, work together and problem solve.”

Ms Harper, who is also the secretary of the Scottish Joint Industry Board (SJIB), said: “We are grateful to the Minister for taking the time to take part in our video interview and address this important issue.

“Women have a vital role to play in the modern construction sector and it is vital that we seek out female talent to help us develop the technology of tomorrow.”

Marked every year on April 22, Earth Day is a celebration which demonstrates support for environmental protection and includes a wide range of global events.