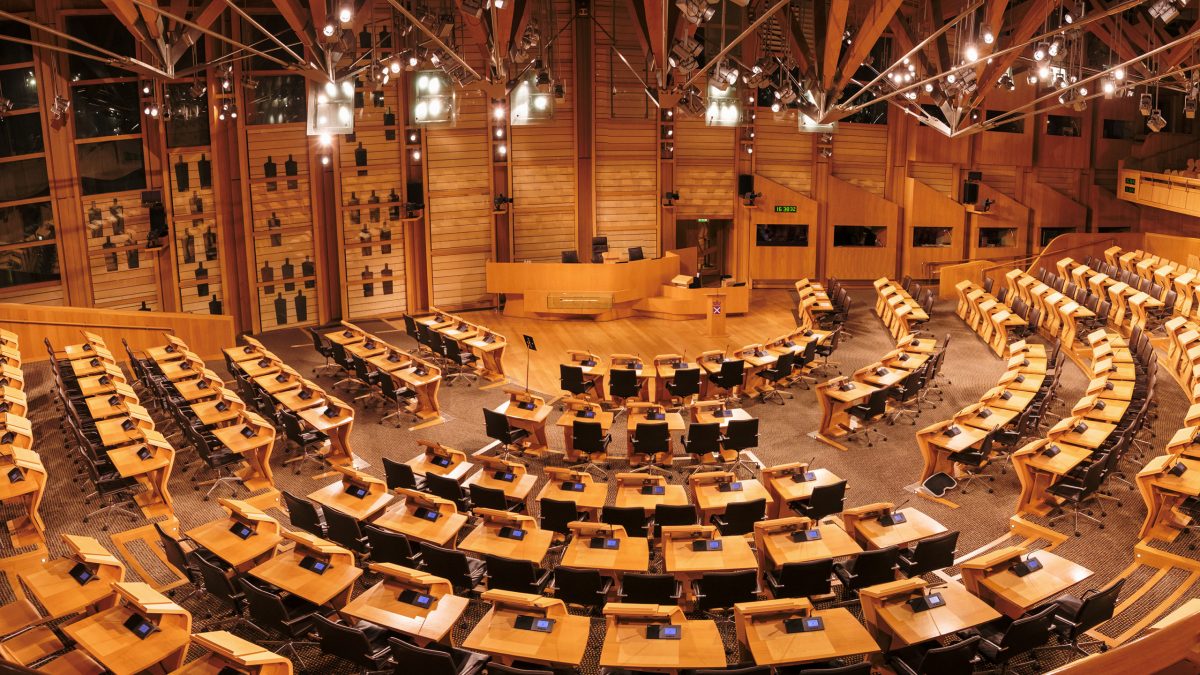 A committee of inquiry has recommended that video meetings at the Scottish Parliament become a permanent feature of political life when the Covid-19 restrictions ease.

Electronic voting may also be extended beyond the pandemic following a series of recommendations made by the Standards, Procedures and Public Appointments Committee at Holyrood.

The ‘Standing Order Rule Changes – Inquiry into the resilience of the Scottish Parliament’s practices and procedures in relation to its business‘ published its findings today which could pave the way for a range of tech changes to be adopted into the future.

These would allow for remote and hybrid sessions to be conducted both at committee level and in the main debating chamber at the parliament building in Edinburgh.

Committee Convener, Bill Kidd MSP said: “The pandemic had an immediate impact on the work of the Scottish Parliament, with huge changes to how we operate and conduct our business being made quickly,

“We should rightly reflect on the success of these in allowing all MSPs to not only contribute to debates, but to scrutinise and vote on legislation. Something that has not happened in all legislatures.

“What has been clear to us during this inquiry, is that many of these changes need to become permanent to help ensure that Parliament is as resilient as possible for all future challenges.”

The Committee is recommending a series of changes to the Parliament’s Standing Orders, which set out its procedures, to make some of the temporary changes permanent. These include

Globally, two examples of legislatures that moved quickly to fully-virtual plenary sittings were Latvia’s Saeima and Brazil’s Chamber of Deputies. The Saeima developed a new IT platform (e-Saeima), which allows MPs to debate and vote in real time. The Brazilian Chamber of Deputies used a combination of videoconferencing software (Zoom) and a bespoke app to integrate with the Chamber’s existing IT systems and allow full remote participation in the plenary process. The Maldives lays claim to being the first legislature in the world to go virtual.

In the UK, the Senedd Cymru was the first legislature to hold a fully virtual plenary session on April 1 last year. Scotland’s first remote session was held eight days later. In evidence to the Committee, Siwan Davies, Senedd Cymru, explained that the motivation to deliver a virtual meeting came from the Llywydd (the Senedd Cymru Speaker), the Welsh First Minister and from across the parties. There was a recognition of the need for oversight given the “unprecedented powers being given to Welsh ministers” and the importance of ensuring the Senedd could discuss matters specific to the situation in Wales.

Deputy Convener, Patrick Harvie MSP said: “There is little doubt that the world has changed dramatically in the course of less than a year. The changes that were introduced in the Parliament were done initially out of necessity, but they have taught us that the Parliament must be ready to face future challenges and carry out its vital function of holding the Government to account. Something that is even more crucial in times of crisis.

“Our report today makes it clear that, not only do we think that some of these innovations should stay, but that in the next session of Parliament work should be done to ensure that these procedures are as robust as possible as we move out of the pandemic, and beyond.” However the high cost of maintaining tech support for remote meetings was noted in the inquiry, and the committee has recommended that a resource assessment be conducted in due course.