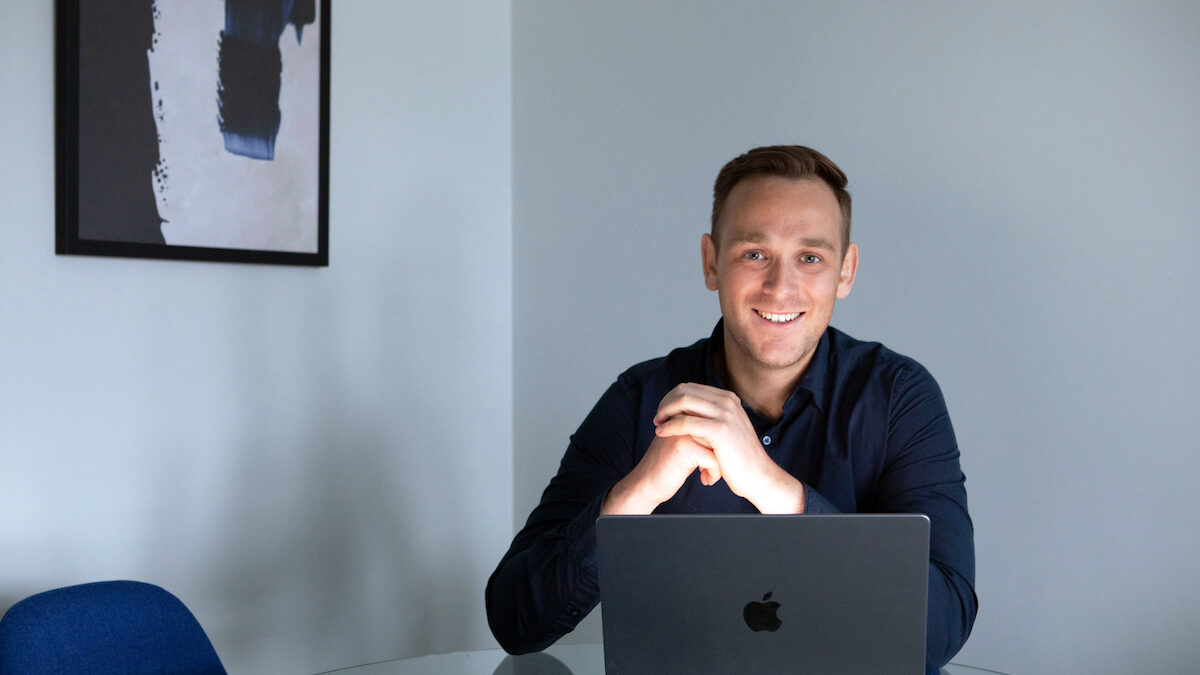 A “world-first” app-based broadband provider is set to launch in Scotland following a £660,000 fundraising round backed by leading industry players.

New Glasgow-based connectivity startup Brillband, which is set to create 20 jobs, will enable users to run their entire broadband service from their mobile phone or tablet device.

The software will be initially rolled out to a test group of app and network customers across Glasgow and Renfrewshire in July.

The technology uses the direct connection between the provider and customer to enable the service to build individual usage profiles which automatically optimise the service according to how it’s used, for example for gaming, streaming, working from home or downloading content.

It boasts “consumer-centric” features including one gigabyte speeds with no entry price points; up-to-the-minute network diagnostics and updates via push notifications; built-in security features including malware detection; and round-the-clock access to local customer service teams all at customers’ fingertips.

With the average UK home already estimated to contain more than 10 connected devices – which industry experts predict will rise to more than 50 as early as next year – Di Biase built Brillband on the principle that connectivity is a 21st Century commodity on a par with electricity and water in its significance, yet it is still seen as a luxury by many.

Di Biase, also a co-founder of leading investment consultancy Raising Partners, said: “Connectivity is one of the most important commodities in our lives yet too many people have accepted substandard service from existing providers that aren’t set up to meet their needs. People pay exorbitant fees for speeds they don’t receive, and it amazes me that nobody seems to question it.

“They wouldn’t accept it from any other service, so why should they put up with it for their broadband? I was sick of endless calls to customer service lines, frequent dropouts, speeds that don’t represent what’s being paid for usually at rates far more than what new customers receive. I just thought – there must be a better way.

“Brillband’s technology is what sets us apart. To our knowledge it’s a world-first – nobody else has it or can copy it – and its beauty lies in its simplicity. It removes the obstacles that so many people associate with broadband providers, but it’s only there when people need it.

“Customers want a service that just works, but when there are issues, they want a frictionless process that gets things back to normal as quickly as possible – that’s where the app comes in. Other providers may have them, but they’re not native and just a front redirecting you to slow existing systems. Brillband cuts that out. It’s all about making broadband as frictionless as possible.”

Fielder said: “The vision Brillband has reflects the early days of broadband, namely doing something that will truly change the market.

“Nothing will be done the traditional way, and everything will be built from the ground up placing the customer at its core with technology that is there because it delivers value to our customers, not because of 20-plus years of legacy technical decisions.”

Fielder, who has built more than 10 high-profile networks during his 25-year career, added: “The broadband industry as we know it was built on outdated analogue technology that had to make huge technical compromises which created many issues then, and certainly isn’t fit for purpose now. It’s the way the industry has grown up and it’s wrong – and I know, I was part of it. It creates huge amounts of waste through proprietary hardware building layer upon layer of switching and routing, uses criminal amounts of power to run, and means customers don’t get the service that they deserve.

“With Brillband we have been able to say, ‘hang on, this doesn’t work, there is a better way, and start again. Those who truly innovate are the misfits, those who don’t accept the way it’s always been. They are the outspoken who challenge the way things are done – they’re the ones who generate and innovate completely new approaches, and that’s what we’re on a mission to do, and we’re very proud of it.

“Any service provider that isn’t doing what we’re doing pretty quickly is going to have serious problems. We are going to prove the model that shows this is the way to do it. This will have the same impact that streaming had on the DVD rental – anybody who doesn’t adopt it will be left behind.”

It will initially operate on the CityFibre network, although the software technology has the capability to be plugged into any fibre broadband network in the world – scalability that has attracted backing from Fuel Ventures, the leading early-stage VC firm.

Alex Breeden, investment associate, Fuel Ventures, said: “Brillband has a unique opportunity to become a household challenger brand. Their advantage is they are a green field network with a full, bottom up, clean sheet design for full fibre (FTTP) broadband that isn’t compromised by the legacy networks.”

Di Biase added: “Glasgow is an incredible city where everybody genuinely cares. That’s what I wanted Brillband’s customer service to be built on. This is a broadband firm built by customers, for customers. Customers sit at the top, always the first consideration, and we treat them and our employees with fairness that everybody can buy into.

“We want to improve Glasgow by paying the team well, growing the business here and improving connectivity. We want to make a genuine impact.”

“The potential after that is limitless. We can be incredibly agile. We can go after any city in the world with what will be a tried and tested proven method. We have the ability to utilise any privately owned Full Fibre network enabling us to take Brillband to any city in the world where a network exists. I genuinely want Brillband to become Europe’s most loved broadband provider – but it all starts here in Scotland. It would be impossible for an incumbent to do what we’re doing.”

Safeguarding heritage through technology explored at conference in Stirling