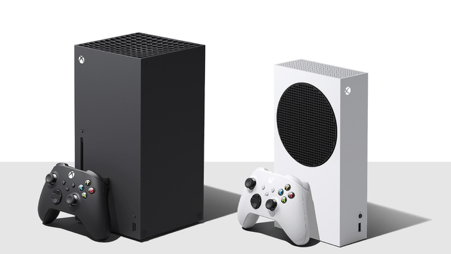 Microsoft Corporation this week unveiled what it calls “the next generation of gaming” with the launch of the Xbox Series X and Xbox Series S. The launch came via a global livestream event on Tuesday (Nov 10).

During the launch event streamed over various platforms, including YouTube, viewers were also able to get a closer look at the next generation of Xbox games, including: Destiny 2, Assassin’s Creed, Valhalla and Halo Infinite.

But that’s not all. The new PlayStation 5 (PS5) also launches imminently in the United Kingdom – on Nov 19, giving gamers even more choice and games to choose from.

And Sony has high hopes for the PS5. It expects to sell some eight million units by the close of this financial year, with the Japanese gaming giant confident lifetime sales of the console will surpass those of the PS4 – at 100 million units.

The launch of the Xbox Series X, Xbox Series S and Sony’s PS5 gives a further boost to a video games industry and a gaming ecosystem which has flourished globally, despite the Covid-19 pandemic.

As Dan Bunyan, Entertainment and Media director at PwC, points out, purchasing equipment and downloading games via digital distribution platforms has enjoyed a significant surge – as consumers have not had to worry about venturing out to retailers to acquire the newest game.

PwC’s latest Global Entertainment and Media Outlook also forecasts UK digital games sales, including mobile games and digital console games, will grow by an average of nine per cent annually over the next five years.

This forecast points to continued good news for the video games industry which has enjoyed sustained growth across the UK.

Gaming – boost to the Scottish economy

Recently published research by TIGA, the trade association representing the video games industry, shows that there has been record levels of growth in the video games sector in recent years.

Dr Richard Wilson OBE, TIGA CEO, said: “The video games industry continues to grow at record levels and demonstrate strong job growth. The sector provides high-skilled employment: over 80 per cent of the development workforce is qualified to degree level or above. The industry supports economic growth in clusters throughout the UK as 80 per cent of the workforce is based outside of London.”

The surge in games and popularity of gaming is also a Scottish success story. Who hasn’t heard of Rockstar North and Grand Theft Auto?

TIGA’s research shows that employment in the Scottish games development industry grew 17 per cent between November 2018 and April 2020.

Scotland has 1,803 permanent and full-time equivalent creative staff in 96 companies. This is an increase from 84 companies employing 1,537 staff in November 2018.

Scotland is the fourth largest games cluster in the United Kingdom after London, the South East and the North West of England and has remained resilient despite the pandemic.

As consumer demand for games grows so it seems will the potential to create more jobs and studios in Scotland – tax breaks and access to finance permitting.