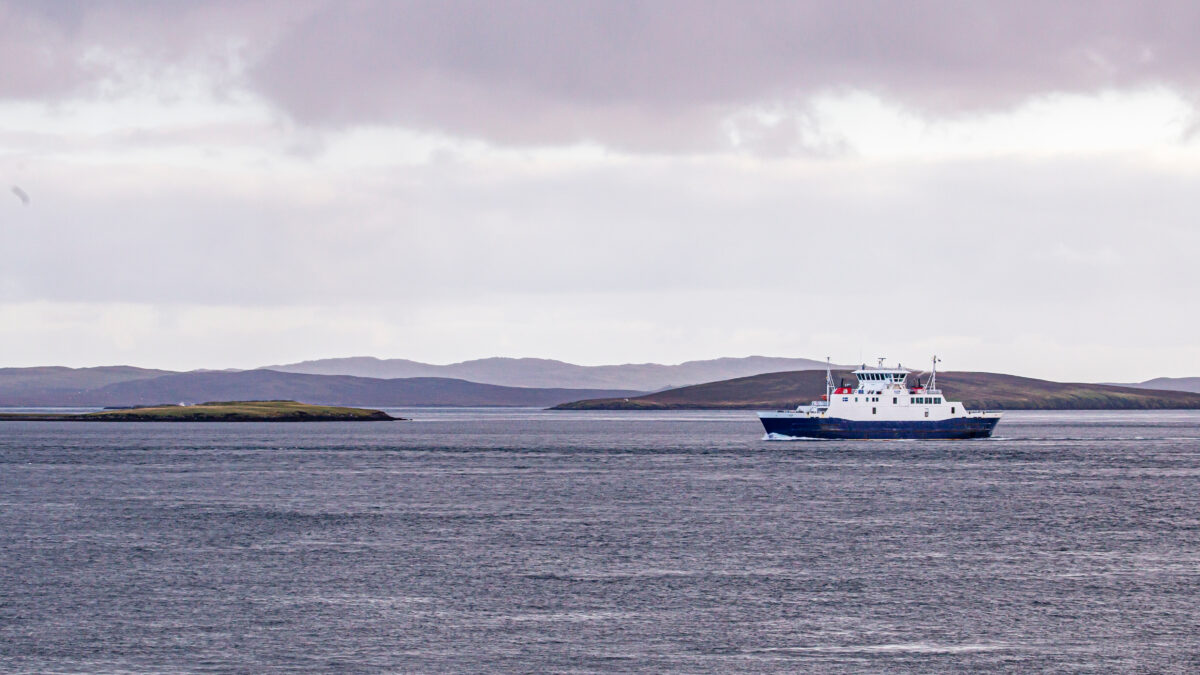 Digital services have been especially transformative for those living in remote areas, where a ferry may be part of the trip to hospital. AC Rider/Shutterstock.com
Health & Care

‘It was the worst day in my entire career’

How islands health chief turned to digital in a crisis

“Cases went from two, three, four, five… and we were suddenly up to 70. And because our population is only 22,500, we had one of the highest rates per capita in Europe… It was staggering,” Michael Dickson says.

It has not been plain sailing (literally and figuratively) for the health boss since he took on the role of chief executive at NHS Shetland, just two months before the island shot to the top of the Covid-19 league table.

Dickson, who moved from Brighton to Shetland in January 2020, says: “It was 13 March. We were
briefed by Scottish Government about what we were facing. And it was, without a doubt, the worst day
in my entire career.”

As home to one of the very first Covid clusters in the UK, Shetland was hitting national headlines. The
“lovely Malcolmsons” were unfortunate enough to have brought the virus back from a long weekend in Naples.

No health board has had it easy during the pandemic, but for an island with no intensive care unit,
no ventilation facility and no means for testing, it was particularly challenging.

“The fragility that sits around island communities from a health point of view is enormous and
that is where the pandemic has so impacted on us,” says Dickson.

“In Shetland and Orkney, there is no crematorium, so everyone needs to be buried. And looking at the original statistics, we probably wouldn’t have been able to cope with it. We’d have had to bring up refrigeration units – things that you would never consider having to do.”

In addition, Shetland’s ambulance service, which normally takes patients in need of critical care to the mainland, wasn’t in a position to transfer someone with Covid.

The health board rapidly moved to a “clear battle rhythm of activity”, solely focused on managing the pressures and challenges of the pandemic.

The Royal Air Force was called in to help. The huge aircraft – “it looked like it was going to eat
the little Loganair ones” – carried coronavirus patients to the mainland on two occasions. A small, temporary ventilation facility was soon set up, as well as a testing unit. Procedures were also put in place to allow the island ambulance service to complete Covid transfers to the mainland.

“It’s been a staggering pace of change – absolutely phenomenal,” Dickson says. “And that’s where
the technology component to all this has been so instrumental in us driving forward.”

He is referring to the organisation’s “overnight move” to Microsoft Teams, which became the default form of communication as staff worked from home.

And it is thanks to the digital platform that Shetland and Orkney were able to join forces and collaborate effectively – when Dickson was unexpectedly named interim leader of the neighbouring island’s health board in July.

This came as NHS Orkney chief executive designate Iain Stewart stepped down hours before he was due to take up the post, after it emerged he had broken lockdown restrictions to visit Glasgow.

Dickson, a nurse by trade, says his dual role presented an opportunity for the organisations to learn from one another and strengthen their resilience. “But none of that would be possible if we didn’t have access to Microsoft Teams, and it has been transformative. We’ve deployed equipment and kit and connections and different ways of working, at a pace that had never been experienced before.”

Working remotely has the added benefit of allowing Dickson to juggle his two day jobs. He says: “I could be in a meeting with the Scottish Government first thing in the morning, then I’ll be in a meeting in Shetland, then I’m in a meeting in Orkney – unless someone’s invented the TARDIS in the past half an hour, it’s just not possible to do all of those things face-to-face.”

He is also a fan of the background filters. “I know this sounds pretty silly, but one of the things I learned quite quickly was about how to change the background. In these really challenging times, you can have some fun with it.”

Dickson also harnessed the power of social media during the height of the pandemic, in an effort to “level with the public” about what the health board was dealing with. From March, he hosted weekly Facebook Lives from NHS Shetland’s account.

“The first one we did was really basic, it was me sat talking into an iPad about what it is we’re facing, the
number of cases we might get, some of the challenges we’ve got, some of the pressures within the system – and to reassure people we weren’t going away – they could still receive help and treatment and support,” he says.

The sessions were a hit, attracting thousands of views, with some tuning in from as far as New Zealand.
This was just the beginning of Dickson’s multi-channel, digital approach to keeping islanders up to date with the “incredibly fast” rate of Covid protocol changes. A daily email alert was launched, alongside a dedicated place on the organisation’s website where staff and the public could access the latest information.

The organisation’s innovative approach allowed it to “reach a whole new audience” – and the community response was “breathtaking”, Dickson says. “They made scrubs for our staff. One young girl sacrificed her One Direction quilt cover to make a pair of One Direction scrubs. It was amazing.”

The live streams are here to stay,but as the country continues to emerge from the pandemic, their focus on Covid has dialled down. Instead, Dickson now discusses the wider work of the health board. The pandemic has also driven the acceleration of digital healthcare in Shetland and Orkney, with a significant scale up in the use of the video consulting platform, Near Me.

Although the service has expanded nationally – with consultations increasing from about 300 a week in February 2020, to 20,000 a week by April 2021 – it has been especially transformative for those living in remote areas.

Dickson points out that for someone living in the most northern inhabited island of Unst, it takes
a full day to travel to the capital of Shetland, Lerwick. “If we can minimise the need for people to travel, if we can maximise the time that patients spend with the expert clinicians, and we can use tech to do that, then that is just phenomenal,” he says.

“The key thing that Covid has shown us is that we can deliver services locally with the experts
in a different place. We don’t need to put people – particularly sick people – in planes, ferries and
buses, to get their treatment.”

But, he adds, “not everywhere in Shetland and Orkney has really good broadband, which is one of
the greatest frustrations, or even mobile connectivity”.

He believes there must be a focus on the rollout of “innovative solutions” such as 5G, which “can offer a different way” to those living in rural locations. “The pandemic has shown what the art of the possible is.”

Dickson’s incredibly busy schedule means that when we speak, it has been an entire year since he flew home to see his family in Brighton.

But his commitment to the role, and the people of Orkney and Shetland, is clear. For 18 months now, he has been ferrying between the two islands on a fortnightly basis – spending the overnight journeys
hunkered down in the darkened cinema room for naps.

No mean feat. How are his sea legs? “I’ve had a few starstruck moments,” he says. “But you only need to get ill once, to learn what not to do.”