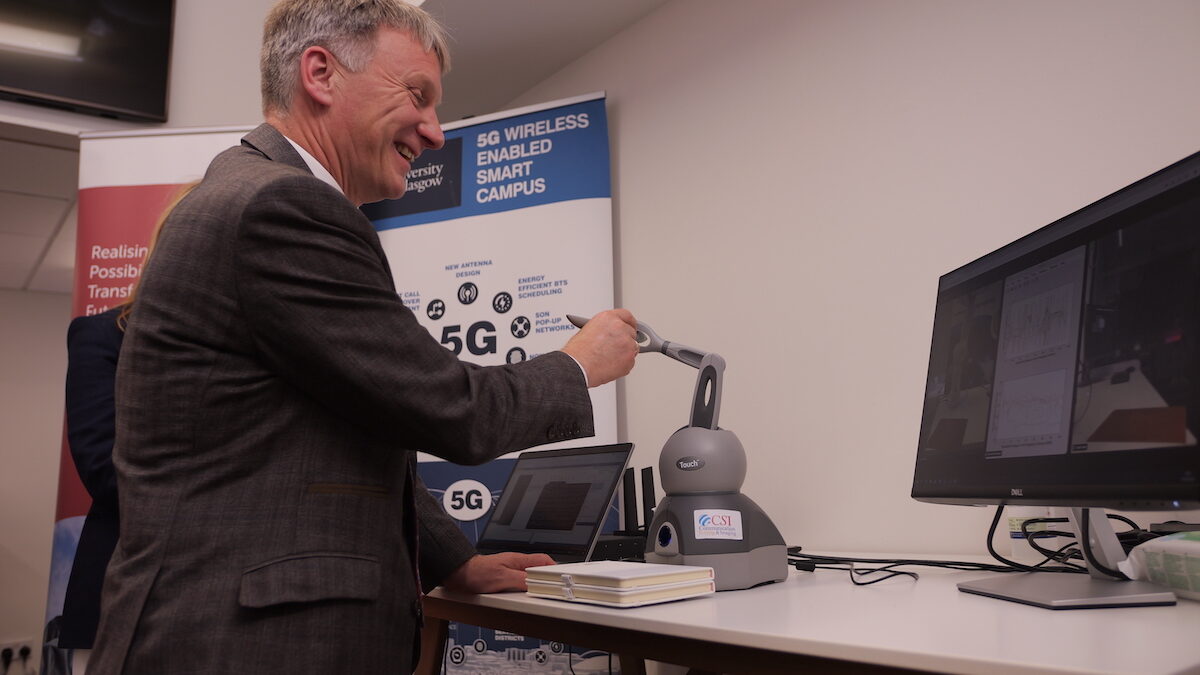 Technology offers no shortage of opportunities for boosting Scotland’s economy, according to a Scottish government minister charged with doing just that.

The senior politician sits on the advisory council for the national strategy for economic transformation (NSET).

He says the plan, published in March, builds upon the Scottish Government’s refreshed digital strategy, which he launched last year.

Speaking to Futurescot about the economic strategy, he said: “The tech sector is clearly identified as one of Scotland’s real opportunities. In specific sectors, fintech, for example, Scotland is in a really strong position.

“That’s identified in the economic strategy as being a real opportunity area for a growth sector where Scotland’s got genuine global leadership and huge potential.”

The 10-year plan, which contains more than 70 actions across five key priority programmes, looks to drive Scotland’s economic transformation as the country recovers from the Covid pandemic and transitions to a net zero economy.

However, he explains, the economic strategy expands “beyond the tech sector”.

He said: “There is a real drive within the economic strategy to digitise more broadly across the economy [and] to make businesses outside the tech sector much more digitally enabled.

“But that grows the tech economy in general as well, because you need those skills right across a broader range of businesses.”

Healthtech is another “real opportunity” for growing Scotland’s economy.

It is a sector McKee says has benefited from a unique university-industry collaboration known as the “triple helix”, which sees clinicians, businesses and academia “all joined up in a way that a lot of countries don’t have”.

He adds that the refreshed health and social care digital strategy, published in October 2021, is helping to “cement and move that agenda forward”.

And then there’s space tech. According to Scottish Development International (SDI), Scotland’s space sector is taking off faster than anywhere else in the UK, aiming to grow in value to £4bn by 2030.

McKee, who has a business background, said: “The space sector in general is another area where Scotland’s got that NSET capability.

“We’re manufacturing a huge number of satellites in Scotland, more than anywhere else in Europe. And we’re going to have the space ports.

“Everybody kind of talks about the space ports because that’s the visible thing. But the real value of that is going to be projecting Scotland on to the global stage, and then really driving the space tech businesses forward.”

One stand-out rocket company is Edinburgh-based Skyrora – which is hoping to win the modern-day “space race” by launching both Britain and Europe’s first ever orbital mission this year.

The firm is predicted to reach a valuation of $1bn in the next few years – possibly making it Scotland’s next “unicorn”.

Where does McKee see the next one emerging from?

He said: “That’s very difficult to predict, because by its nature, it is subject to so many different factors.

“There’s a lot of businesses out there that I think are growing at pace, but to make that jump to that billion-dollar scale is a huge leap and a lot of things really need to go right. I think over the next few years, we’ll see many of them grow to scale.

“Our piece of that is to make sure they’ve got the right ecosystem, the right environment for them to grow, the right access to global markets, through our networks, and the right investment opportunities around about that to help support – because growing to that scale means a lot of investment.”

He added: “In the tech business world, clearly, a lot of businesses fail, and that’s absolutely fine.

“The important thing is to learn from those mistakes and recycle the entrepreneurs and the capital and the skills and the ideas and start some more businesses.

“And if you do enough of those and you do well, then you do get a lot of those growing to scale, and getting the unicorns coming through, which is what we all want to see.”

These are concepts outlined in the digital strategy.

But although technology moves fast, the implementation of policies can take that bit longer.

McKee said: “We’re still working through and executing on the strategy. As a framework, it’s very effective, because it covers all the bases.

“It’s a really strong base to build on and a lot of work has been taken forward on the back of that.”

Ivan McKee will be speaking at Digital Scotland tech conference on 25 October at the Edinburgh International Conference Centre. Interview conducted earlier this year.