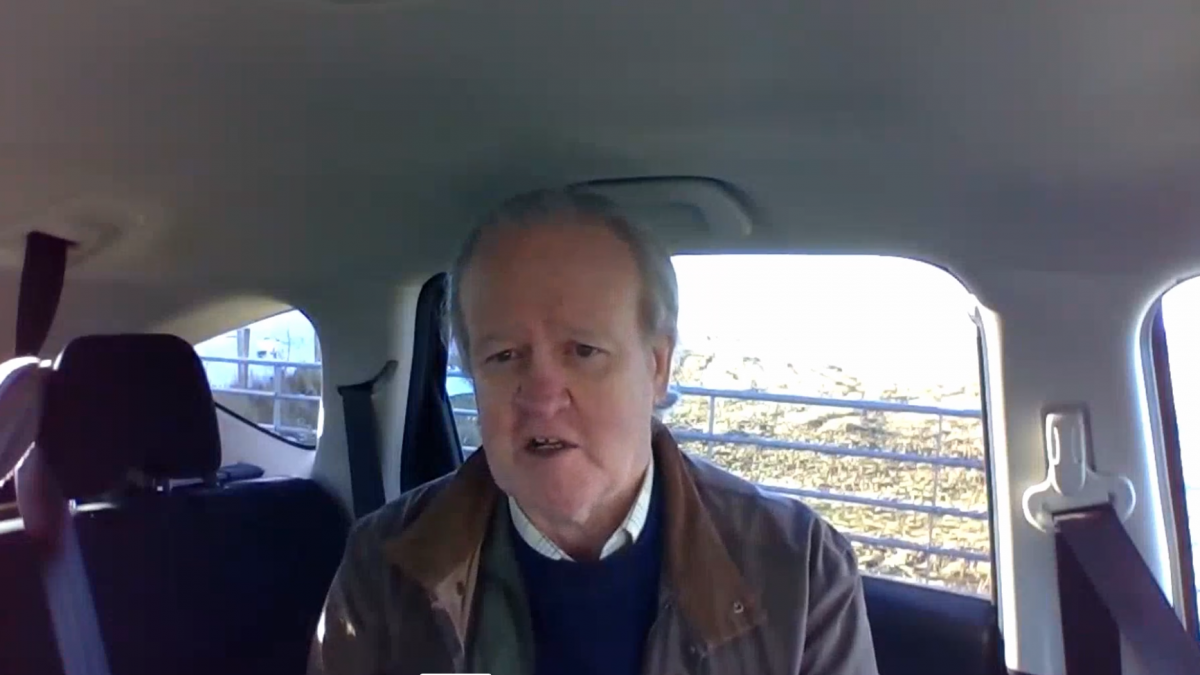 A politician taking part in a remote parliamentary committee meeting was forced to move to the back of his car after branding his home broadband “unusable”.

Stewart Stevenson, the MSP for Banffshire & Buchan Coast, had to abandon his home office setup after a digital connectivity problem left him with no option but to connect to the rural economy and connectivity meeting from the back of his vehicle.

Mr Stevenson, former Minister for Transport, Infrastructure and Climate Change, took part in a discussion about connectivity discussion and said further that he tried to access government broadband voucher schemes – which provide a maximum of around £8,500 towards the cost of superfast connections – but he received a quote of over £100,000 to do the work.

He said: “I tried to use the UK Government scheme. I got a quote of over £100,000 so the voucher wouldn’t make very much difference. How many folks have applied for the Scottish Government voucher scheme and what real difference is it making, because I suspect most of the people who might benefit from it in some way are probably in quite expensive to reach locations where the government will be paying only a very small proportion of it?”

Michael Matheson, Cabinet Secretary for Transport, Infrastructure and Connectivity, sympathised with Mr Stevenson and said that he, too, had conducted ministerial meetings from his car, and replied that his understanding was that the uptake of the Scottish voucher scheme had been “relatively low far”.

Robbie McGhee, Deputy Director for Digital Connectivity at the Scottish Government, added: “As the Cabinet Secretary said it’s been a fairly slow burn on the Scottish voucher scheme so far. We’ve got currently about £600,000 in the current financial year which is formally within the pipeline but we do expect that to increase quite significantly and there’s budget provision in the next financial year to reflect that.

He added: “In terms of Stewart Stevenson’s point we understand the premises that are going to be most in need of connection through the voucher scheme are going to be quite expensive but again the UK government scheme was mentioned. We have worked closely with the UK government to make sure that the two schemes can be used together, so that in combination does give a fairly substantial amount of subsidy that’s on offer. It’s up to £8,500 per premises in some places which again is going to be difficult when it comes to individual premises in isolation, but I think the key to this, as we know, it’s about trying to aggregate demand so we get schemes that can come forward on a community basis. We’ve shared lots of information with suppliers on our supplier portal to encourage that aggregation, so we expect to see demand for the scheme to continue to pick up in the new financial year and we’ll be doing further efforts to publicise it as well.”

Mr McGhee told the committee that the vast majority of the build work for the central and south contracts with BT Openreach – under the national £600m R100 (Reaching 100%) digital connectivity programmes – are expected to be completed by 2023/24.

The third contract for the north of Scotland has been delayed by legal challenges but it was signed off in December and already survey work is underway, Mr McGhee said. The timescale for that part of the R100 programme will likely be known in the next couple of months, he added. Mr Matheson said: “This is a very ambitious programme that will deliver a level of digital connectivity that will be transformational for many people that live within rural communities and that goes way beyond which was originally intended in terms of digital connectivity.”