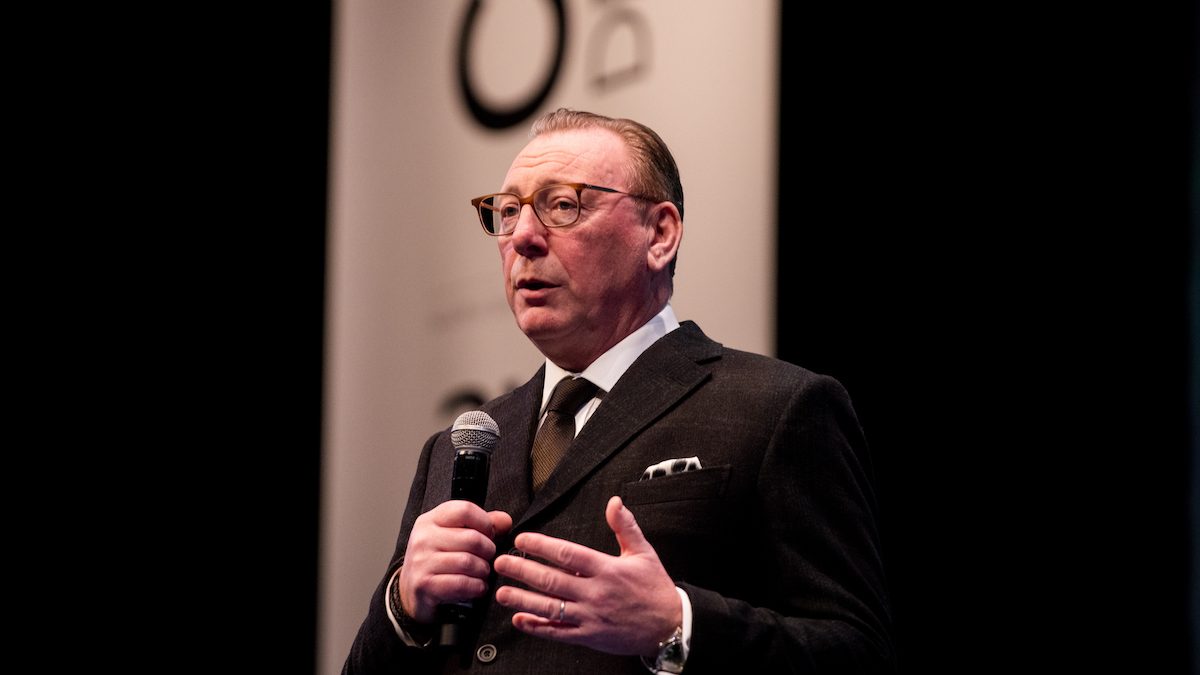 Kevin O'Sullivan, February 21, 2020 5 min read
A new national investment bank for Scotland should be ‘mission-led’ and promote long-term economic goals, according to the man tasked with setting it up. Benny Higgins said the £2bn government-funded Scottish National Investment Bank (SNIB) has to invest in projects which bear the ‘hallmarks’ of a mid-21st century economy. The country needs to rise to the challenges of the coming fourth industrial revolution and respond to climate change, demographic shift and emerging technologies, says Higgins, the prominent former Tesco Bank chief executive who was appointed in 2017 to oversee an implementation plan for the new national lender, which is expected to be up and running in the second half of this year. Higgins, who guided the process as a strategic adviser to First Minister Nicola Sturgeon, is to appear as a keynote speaker at CivTech 4.0 Demo Day in Edinburgh on March 4, where he will talk about how patient, mission-oriented and long-term investment will offer a different kind of ‘risk appetite’ for financing ventures that markets might not otherwise have funded. “It’s been an invigorating experience, setting up the bank,” says Higgins, who will step down from his role when the bank goes live. “But actually at the heart of it all has been working out what matters most, and focusing on that. At the end of the day we are trying to mobilise people around a mission, and that is quite a different experience in banking.” The mission-led approach has been heavily influenced by economist Mariana Mazzucato, whose work focuses on trying to encourage a more interventionist public sector, to ensure economic growth is innovation-led, inclusive and sustainable. Higgins says: “The bank has to participate in investments both around small businesses and in long-term mission-led projects that the private sector, left to its own devices, might not invest in. At the heart of the distinction, rather than being more cautious, is that the bank has to have a different risk appetite, which distinguishes it from many existing market practices of private sector investments. And one would hope that it would draw in private sector investors into situations they may otherwise not be interested in.” The Scottish Government has committed to investing £2bn over 10 years to capitalise the Scottish National Investment Bank. Its primary goal has been set as helping Scotland transition to a net-zero economy, and CivTech Demo Day 4.0 will feature innovative products that look to support those aims. Another huge ambition, says Higgins, is to support far greater capacity in the scaling up of small businesses, which he says, like mission-oriented finance, are currently “underserved” by the market. He said he would not want the bank to crowd out existing investments and that SNIB will only do what is “additive” to the existing economy. He said the national bank must be prepared to sink funds into projects that will take a “significant amount of time to mature” and which the private sector with more short-term horizons might be reluctant to enter. Higgins characterises the current economic and social period – with fast-evolving technologies causing disruption to the status quo – as being analagous to the 1980s, where legacy industries such as coal and steel fell by the wayside. He insisted this insight was not, however, “gloomy” and that Scotland should harness the new funding vehicle to catalyse economic opportunity. He said: “We’re confronting I suppose what people would call the fourth industrial revolution. The successful economies in the mid-21st century will have the hallmarks that they have responded to the climate emergency, they will have responded to the demographic challenges, they will have responded to artificial intelligence and machine learning. One of the things that we learnt in Scotland – certainly in my lifetime – was that when there were industrial transitions that you were vulnerable. We’ve got to be prepared for it and the bank can play a part in that.” Higgins, who also sits on Scotland’s infrastructure commission, said that the country’s small-scale, advanced economy is one of its primary strengths and allows it to be more “nimble” and “agile” than others. But he would like to see productivity gains come from a range of activities including greater commercialisation of university research output, and at a “much faster rate”. “We have great strengths in the tech sector and great strengths in the renewables sector but strengths only become genuinely viable if you make the most of them,” he adds. And when it comes to technology-driven services – whether it be in the public or private sector – Higgins, who oversaw an extraordinary period of digital development at Tesco Bank, says the technology must always be secondary to the goal of improving customer experience. Asked how CivTech can play its own part in stimulating new economic opportunities, at the same time as delivering improved public services and providing a way to collaborate, he added:  “I think the future of Scotland will depend on collaboration. Collaboration lies at the heart of success for leadership in the 21st century. I think collaboration has to be across public boundaries and across private-public boundaries. I am involved in businesses that range from public bodies, charities, PLCs, international businesses and one of the questions I’m asked from time to time is how do I see the distinctions. And the distinctions are much less important than the similarities. It’s about trying to mobilise people and resources more generally to serve customers. And I think the public sector has to think about serving customers every bit as much as the private sector.” Benny Higgins, Strategic Adviser to the First Minister, Scottish National Investment Bank (SNIB), will deliver the following keynote at CivTech Demo Day 4.0 on March 4 at the Edinburgh International Conference Centre: Mission orientated finance and the scaling opportunities for innovative companies Registrations are now closed but if you would like to join the waiting list please visit the following link: https://civtech.futurescot.com
Previous