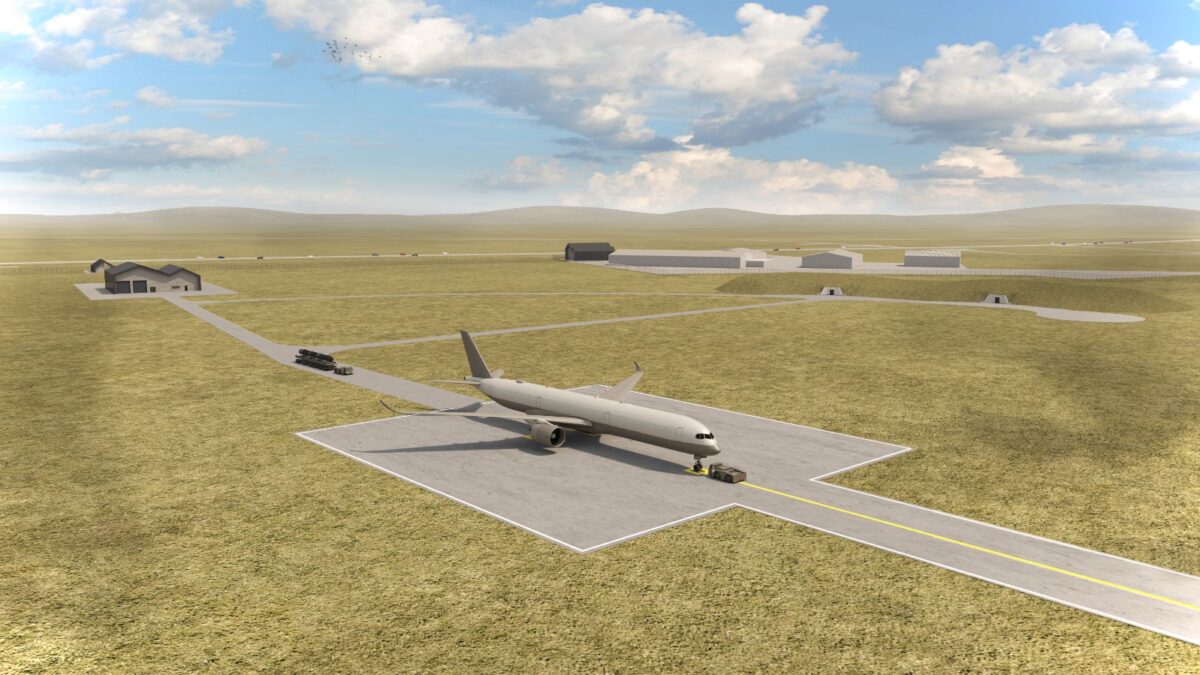 Prestwick Spaceport is “on track to become the continent’s leading space hub” as it steps up its operational efforts and moves forward with launch partner discussions.

The spaceport has already secured a multi-million pound funding boost through the Ayrshire Growth Deal, which is enabling it to undergo a “highly ambitious” space programme.

It is setting out to create an “unrivalled” space supply-chain network, boosted by a location easily reached by road, rail, sea and air – and accessible to a vast talent pool.

The coming weeks are expected to bring confirmation of its first partnership with a launch provider, which will see the spaceport become its international base, with the first commercial rocket launches taking place from autumn 2023.

Mick O’Connor, programme director of Prestwick Spaceport said: “To date we have largely flown under the radar, making sure we put the spaceport in the best possible position to deliver its immense potential. Now feels like the right time to truly set out our stall. Prestwick Spaceport’s novel launch solution should excite people, whether they are local or within the space sector.

“So much is in our favour. We feel the Spaceport can define the economy locally as well as put the UK at the forefront of commercial space launch globally. We’ve created a new tagline: “Beyond Launch” which reflects our ambition to become more than an orbital launch site for small satellites, as Europe’s leading space applications hub.

“Not only are we planning for spaceflight capability for 2023, but we are also building the commercial infrastructure to support it, as well as manufacturing and significant supply chain capability, all of which will build on Prestwick’s long established heritage within aerospace and aviation.”

Due to come into operation in 2023, the Spaceport capitalises on Prestwick’s unique combination of attributes such as existing airport infrastructure, latitude, over sea take off and prime meteorological conditions.

Now home to major players such as BAE Systems, GE Aviation, Spirit AeroSystems, Woodward and Collins Aerospace, it is anticipated the investment will create more than 4,000 new jobs whilst positioning Scotland as a key player in the increasingly competitive global space race.

O’Connor added: “There are many aspects to the development of Prestwick Spaceport that make us unique – starting with our launch technology. We are one of only a handful of global sites to employ horizontal launch technology, which uses a carrier aircraft that takes off from a runway carrying a launch vehicle. Once the airplane is airborne and far from Prestwick, the launch vehicle releases and autonomously makes its way into space from an ideal position to suit the customers desired orbit and inclination.

“As a result of our preferred launch solution we are not constrained by carrier aircraft availability due to fleet size, which gives us a level of in-built redundancy. It also means that we have the technical capability to conduct multiple launches in a single day if the market required it, which is unique not just in Scotland or the UK, but anywhere in the world

Alongside the spaceport, the funding is enabling a purpose built, multi-occupancy Aerospace and Space Innovation Centre (ASIC) to allow the delivery and manufacture of new flight products focused on the supply chain for the aerospace sector; vertical and horizontal launch platforms; satellite and other payloads; and both academic and industrial research and development.

A Visitor and STEM Hub will also be incorporated to meet the business development, skills development and training needs of the aerospace and space sector in partnership with local and national higher education establishments, including University of Glasgow, University of Strathclyde, University of the West of Scotland and Ayrshire College.

Totalling more than £250m in investments by the Scottish Government, UK Government and East, North and South Ayrshire Councils, the Ayrshire Growth Deal was signed in November 2020 and aims to transform Ayrshire into a world-class business region for the aerospace and space, energy, marine, manufacturing and tourism industries.

Digital Cities 2017 in association with The Sunday Times Scotland