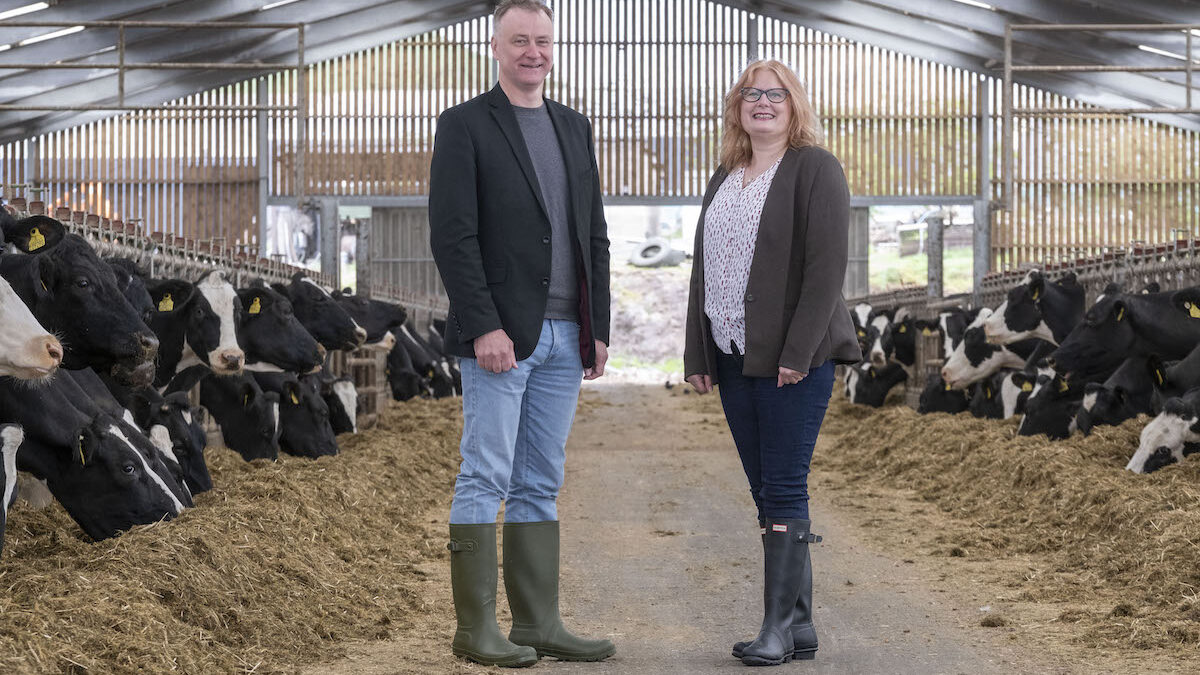 A Scottish biotech firm which has developed an innovative diagnostic test for herd animals has secured £2.2m in funding to commercialise the technology.

Biotangents’ rapid ‘on farm’ test kit for cattle can speed up the diagnosis of conditions like bovine viral diarrhoea and mastitis by removing the need for expensive lab tests.

The on-site test will allow for infected animals to be identified and quarantined before being introduced to the herd, minimising the costs and risk of an outbreak.

In the UK, the total economic cost of BVD is estimated at £61 million per year with mastitis accounting for between £7,000 and £25,000 per year, per farm.

Ian Hamilton, chairman at Biotangents and holder of several senior positions within the agricultural industry, said: “Rapid diagnosis on the farm and in the veterinary clinic is a step change in the treatment and prevention of mastitis and the consequent improvement in animal husbandry. Critically it allows vets to promptly decide on the most effective treatment programme including the correct antibiotic to be administered and length of treatment period, and lets farmers implement prompt procedures to minimise further infection within the herd.”

Fiona Marshall, CEO at Biotangents said: “In addition to our forthcoming lab based AmpliSpec ™ BVD and Mastitis products, the new funding will enable the next phase of our product development delivering our new AmpliSpec™ platform directly to the veterinary and farming sectors.

“Beyond Mastitis further assays will be developed for use on this platform. We all know that the financial impact of mastitis is significant but it also has a huge impact on animal welfare and sustainability. The platform will provide accurate diagnosis between milking allowing the Vet and Farmer to quickly determine the most appropriate treatment for each individual cow, including specific antibiotic treatment. We recognise the positive impact this will have on antimicrobial resistance, ultimately reducing antibiotic usage.”

The funding was made up from £1.6m from the UK Government’s Innovate UK innovation loans programme and a further £600k from a funding round lead by the investment syndicate Kelvin Capital and with Scottish Enterprise participation.

The company also secured £1.2m in August 2021 in a successful funding round also led by Kelvin Capital, following an initial £1.5m in May 2019. Kelvin Capital represents private investors in the UK, Europe, and the USA.

The business has also confirmed the appointment of Fiona Marshall as CEO and Ross McDermid as director of commercialisation to the company’s Board. Both have successful commercial careers in the animal health and veterinary sectors and strengthen the existing Board and senior management team. In addition, Professor Richard Hammond has joined the Board as non-exec director.

Biotangents’ Isothermal technology can be applied to the rapid detection of a wide range of diseases in animal health including Bovine Viral Diarrhoea (BVD) and Mastitis. The award winning AmpliSpec™ Mastitis diagnostic test will dramatically cut the detection time for Mastitis from the current period of several days to just  a few hours.

Current Mastitis testing requires a sample to be sent to an external laboratory whereas Biotangents’ new technology will provide a specific pathogen diagnosis that can be carried out immediately, either on the farm or in a veterinary clinic, enabling rapid and targeted treatment for infected cattle.

Mastitis currently costs the global farming industry up to £23bn each year, and the average dairy farm in the UK anywhere between £7,000 and £25,000 per year. The financial costs of failing to diagnose BVD early can cost farmers up to £470 per animal, and it is responsible for £61m of losses each year in the UK alone. Key milk producing regions globally encounter productivity challenges due to mastitis and Biotangents plan to make this technology available globally.

Helping people at the margins - the digital way