Home > GovTech > Helping people at the margins – the digital way 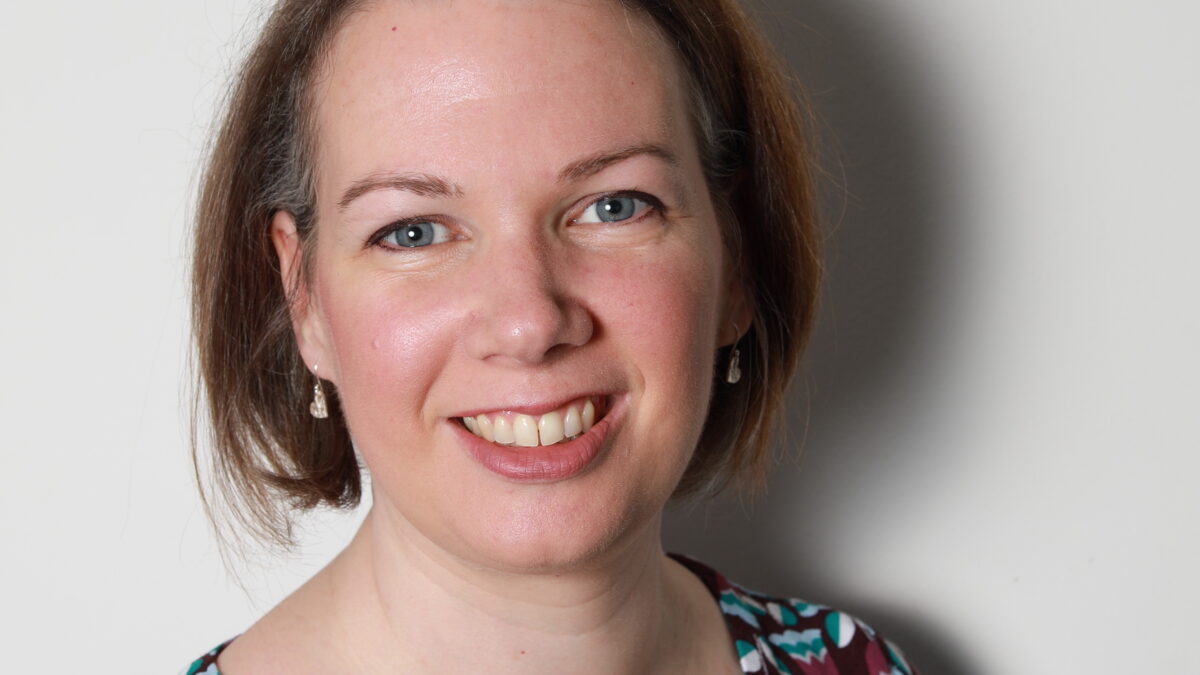 Helping people at the margins – the digital way

Eilidh McLaughlin joined the Scottish Government’s digital directorate last month after working in a senior information security and governance role for the NHS as it developed various digital tools in response to Covid, including Test and Protect, the vaccine passport, the Protect Scotland and Check-in apps.

For anyone not familiar with those applications, each involved multiple agencies – including the Scottish and UK governments and a national network of laboratories – and therefore required rigorous oversight of data as it was shared within secure environments according to stringent privacy regulations. As a lawyer by background, McLaughlin was able to understand and navigate the complex legal ramifications of data-sharing, which will undoubtedly assist her in the newly-created role as head of the digital citizen unit within the directorate.

Her first task, though, will be to focus on producing a business case to secure the future for one of the Scottish Government’s flagship digital projects launched during the pandemic. The £48m nationwide Connecting Scotland programme – which has has seen members of more than 60,000 households given training to help them access the internet since Covid struck – has recently been described by the voluntary sector organisation that helps deliver it locally as ‘unsustainable’ over the long-term. Having just got her feet under the table, McLaughlin, who in another previous role held an equalities brief, is looking forward to the challenge.

“It’s really exciting. In everything you do, you’ve got to consider equalities. And people don’t think it always touches on what they do, but for me it’s foundational and motivational for me, you’re using a programme that can help tackle a wider range of issues.”

She adds: “It’s not just about getting people online. It’s about what that then unlocks in terms of potential, which can be huge. You ultimately are going to be tackling poverty and this is one of the routes that you can do it, which is massive. It also helps wellbeing, and can improve outcomes across health, housing, social care, social security, in the justice sector and in education, just by simply giving someone a device or the means to get online through a device.

“It’s got its challenges and we are going to be looking at the sustainability of the programme and that’s one of the key things I’m tackling first but it’s exciting to be amongst that.”

In due course McLaughlin plans to get stuck into some of the cross-cutting digital programmes that sit within the ambit of the directorate, including digital identity, payments and cloud. Again, her legal knowledge may help influence and inform some of the developments of those key projects – which will ultimately become the building blocks for a set of ‘common components’ that can be used by other branches of government in the delivery of its services, much like the Government Digital Service has done with Notify, Pay and Verify for the UK Government.

McLaughlin, who sits on advisory boards for digital health and care and digital identity, believes the latter will ultimately be the best way for government to deliver its services in a more joined up manner and for them to be ‘person-centred’, which is increasingly the aim for policy delivery.

However she believes the carrot, rather than stick, is the best approach for digital identity. In many countries digital identity has been underpinned by a form of mandatory national identity card – but McLaughlin prefers making digital the natural choice for citizens, because it works better than the alternatives. She also sees that as key to meeting the requirements of equalities and human rights legislation, which would be harder if an enforcement route was taken.

“If you legislate for everything, then you have to have relevant legislative punishment when people don’t do it,” she explains. “If you legislate for something like enforcing people to think digital first, first of all are you going to meet the equalities duty? Potentially not. But second of all, how are you going to enforce that? You can’t, because people will always have the argument that under equalities you can’t always be digital first. What you can do, though, is to flip it on its head and say how do we make digital so inclusive, so accessible, so easy to use and afford that actually people choose it, and it becomes the first choice.”

If and when digital identity – or single log-in – does become the norm the opportunities for government to use it as a foundation to link information sets start to open up. That means a new way for people to start accessing services without having to offer proof of their identity to another government department, which is a time-consuming administrative burden not to mention an unnecessary obstacle. McLaughlin is keen to point out, though, that ‘data sharing’ doesn’t automatically mean that someone’s personal health record, for argument’s sake, would be available to all and sundry.

She says: “That’s where my old role in data protection comes in. Because we’d always say you’ve got to protect people’s data, and ask is it strictly necessary and proportionate that you share it. Well, actually, we’re not asking you to share the data, we are just asking you to share that you’ve verified who the person is through the data that you hold. And that’s a different question.

“If I was running health in a local authority, I’ve got Mrs Jones presenting and I’m looking to understand how her housing is impacting on her health, for example, and they go, “Oh no, we can’t tell you anything.” Well, the question back is why? Who is that benefiting? It’s not benefiting Mrs Jones in front of me, and it’s not benefiting you when she comes to you and asks you for all the information and you’ve got to spend money and resource giving it to her so she can give it to me. As long as there’s the correct role-based access and the correct administrative controls put in so you’re not visibly seeing the data, and that you’re sharing verification, there’s no reason why we couldn’t do that.”

The benefits of reshaping services based on digital identity offers a range of exciting possibilities for the future. It could allow new insights at population level but also ways of helping people much more holistically, as they actually live their lives, providing a route to tackle some of the long-term societal challenges policymakers have yet to crack.

There is not yet a working definition of a ‘digital citizen’ and in fairness McLaughlin has only been in post for just over a month. However, the themes she returns to – equalities, ease of use, a 360-degree view, inclusion – are the ones that are currently occupying her thoughts. She swears by the guiding principle of designing services for the 20 per cent rather than the 80 per cent in order to stand the best chance of ensuring everyone can use them. Although she appreciates some people will always want to be ‘off-grid’, she wants to try and tackle the problem of people who live life at the margins, often through no fault of their own.

She says: “If you think of someone who is homeless and has nothing to identify them such as an address, they will likely not have a passport, a driver’s licence, or any kind of bills within a three-month validity period. They will likely not have library cards or anything they can pin their identity to that you can then verify them with, other than maybe a birth certificate which will be a paper document.

“What you can do is you can create innovative ways of doing it that can start small and then scale up. So, what you do is recognise it’s not going to meet everybody’s needs but we’re going to tackle these six groups first, and if we find a solution for these groups, there might be multiple solutions, then those solutions will work for others.”

Eilidh McLaughlin will be speaking at this year’s Digital Scotland conference on 25 October at the Edinburgh International Conference Centre. Register to secure your place now.