Home > Data & AI > The data doctor will see you now 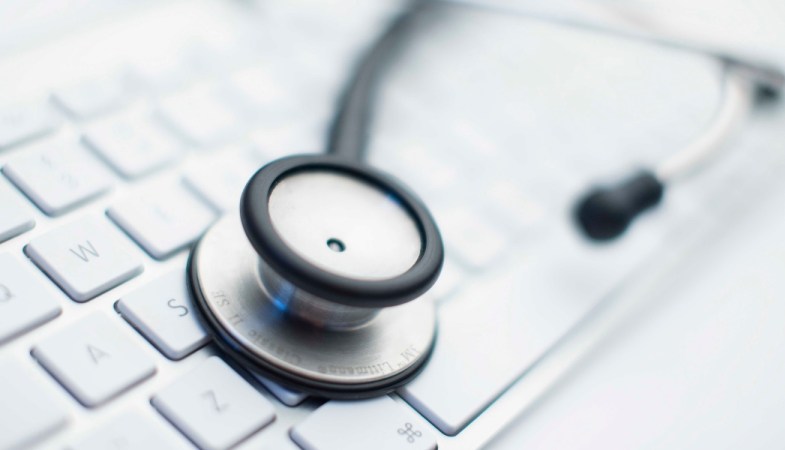 The data doctor will see you now

Dr Michael Li is heading to Scotland on a mission: to turn people working in data-related fields into ‘bona fide data scientists’

Dr Michael Li has worked has worked as a plasma researcher at NASA, as a quant (quantitative analyst) at major financial institutions, and most recently as a data scientist at Foursquare.

And the good news is that he’s coming to Scotland – to help train up the next generation of data scientists whose work could end up adding lots of zeroes to the nation’s tech finances.

“It’s wonderful to come back and be part of the digital transformation of Scotland,” says Dr Li, the Chief Executive and founder of the Data Incubator in New York. “This is a programme near and dear to my heart. I spent two years of my postgraduate studies on a Marshall Scholarship at Cambridge University, and I’ve always loved the United Kingdom and really enjoyed my time there.”

Dr Li is set to deliver a three-week data science course at The Data Lab
in Edinburgh in September. It will be aimed at people already in data-related employment with the intention of upskilling them to become ‘bona fide data scientists’.

“It’s really based on three fundamental pillars,” says Li. “One is mathematics, statistics and analytics, and how you understand data and its significance. The second thing is software engineering, making sure you can help the computer to do those steps, and the last part is about communication
– taking complicated data results to a general audience who are maybe not as technically savvy.”

For the uninitiated, data science is a rapidly-growing field of knowledge with applications across new, established and legacy businesses – it can turn vast swaths of data into intelligence organisations across the public and private sectors can intelligently and turn into useful insights.

In the US, Li has seen his alumni go on to work for the likes of LinkedIn, Yelp, the New York Times, and also big banks.

“I think we work with a number of companies who are very disruptive in this space,” he says. “A number of our folks have gone on to Capital One which is a large bank in the United States. You might not think of it being a very disruptive company but they are doing a lot of interesting work around data science to make the user experience a lot better. They’re doing a lot of stuff at the back end where they pool together all the customer information, so as soon as you dial in they know who you are, they’re able to recognise you from a phone number and they can pull all that information up right onto a screen so that person has all the context to continue a conversation with you.”

the applications for data science are endless. In public health in the US, the move to analytics is helping predict when ‘recidivist patients’ are likely to fall ill again, and stage the appropriate intervention to prevent that, making healthcare safer and more cost effective.

With emerging Internet of Things (IoT) technologies, data science can help predict when a widget on a machine in a factory might be likely to suffer a breakdown, avoiding unnecessary downtime.

“Data science is about much more than automating and speeding things up,” says Li. “In automotive there is a huge desire now to put monitors on people’s cars so that we can look at their driving habits. We can see whether they are good drivers, wheth- er they brake suddenly, and feed that data back to improve our underwriting of automobile deal insurance. It’s an example of an old industry transforming by using data.”

“But in healthcare it’s potentially transformative. In the US we are shifting towards a new model of care fol- lowing the ObamaCare reforms, and as a consequence there’s a change in the way healthcare providers do pricing. They realise it’s not going to be business as usual but will have to deliver efficient personalised medicine and how they can leverage data analytics to do that. Under the new model they are going to be paid per patient – and if the patient costs you a lot of money, tough, the hospital is on the hook for that.”

As a result data analytics are being used to predict when patients will fall ill, and by making that prediction it should mean a patient is discharged they might be followed-up with in- home nursing or kept in hospital a few more days.

“The notion of targeted, smart medicine where you use analytics to drive a reduction of cost is a major thing now,” adds Li.

One of the reasons Li set up the Data Incubator was because as a hiring manager at FourSquare he found it difficult to source the right people with the right skills to do the job.

There are plenty of graduates with the statistical and mathematical knowledge but not enough who are able to apply it in a practical sense. “I had a PhD from Princeton and I was trying to figure out how to enter this field called data science and I sort of encountered a number of challenges on the technical skills side,” he says. “I had to figure out to hire people and I figured out there was a set of skills that people were very often lacking. So this programme was set up to help bridge those two worlds, so that people who had a strong technical background got the specific skills that employers are looking for or are needing right now.”

Those include machine learning where graduates may have a background in statistics and regression analysis but not the computational skills to take it to the next level.

That is the aim of the course at The Data Lab in September, says Li, to furnish those candidates with what they lack.

“At the end I hope they will be able to take that knowledge and that it opens a new set of doors for them. For me, data science is not just about answering the questions, it’s about asking them. It’s about giving people the tools to ask a whole set of questions that they weren’t able to ask before.”

Please miss, can we design some more?