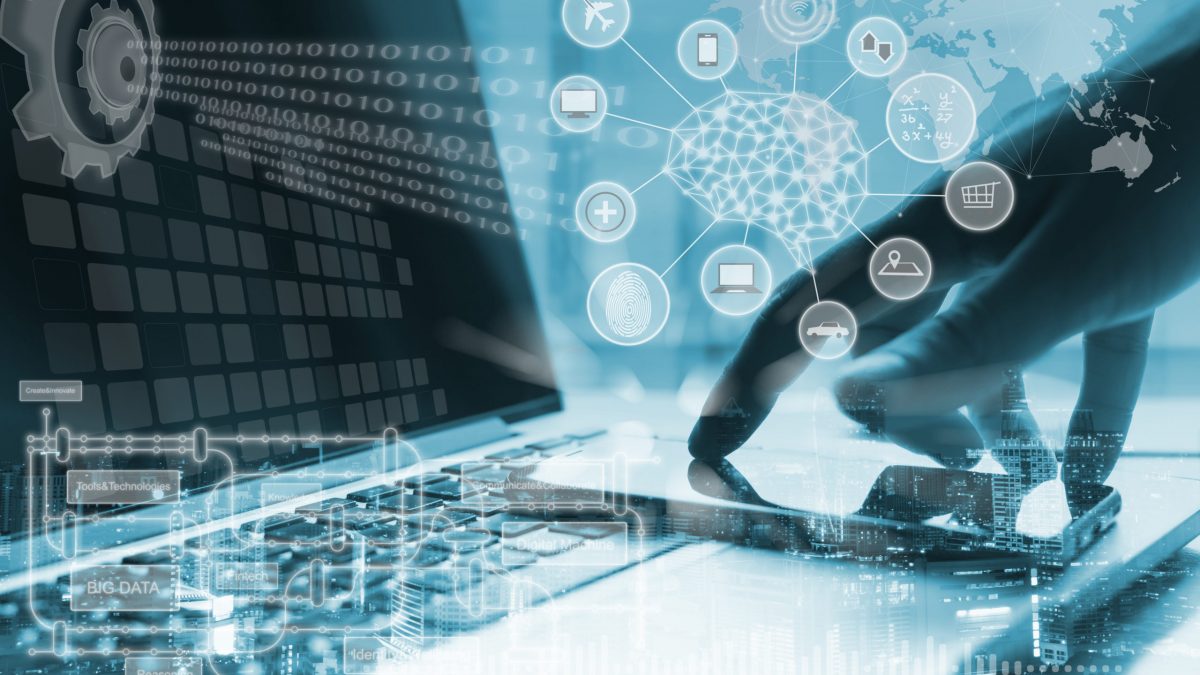 Accelerated by the coronavirus pandemic and the desire for more effective public services, AI and automation is at an important juncture in national and local government. Responses to digitisation have been varied, but Scotland – which has built a reputation for innovation and modernisation over the years – has been at the vanguard.

Take the proposed ‘centre of excellence for process automation’, which is part of a new national plan to transform the way the public sector uses its data. Driven by an ambition to make public services ever more efficient, details of the fledgling government unit have been trailed in a consultation exercise to update the national digital strategy.

When it gets the expected go-ahead, the new centre will capture an appetite to free up capacity for frontline working, which has been put into sharp focus during the coronavirus crisis, by reducing the need for staff to undertake ‘repetitive and administrative tasks’. Back-office form filling and manual data entry from one system to another will hopefully become a thing of the past as the Scottish Government emboldens the public sector estate to do more with its data.

For Doug Brown, head of data and AI guild as well as chief data scientist at Capita, the move could not have come at a more critical time as Scotland also lays down a national vision for AI. “Data has real value, and it’s clear that policy-makers in Scotland have grasped that,” he says. “In a Covid-19 context, the shift towards data has been highlighted by the way in which it has been shown to have such a pivotal role in influencing so many important policy decisions. That journey was already happening to a large extent, but the pandemic has really accelerated the process. We are also witnessing a growing appetite for data-sharing between government agencies, which can improve decision-making and deliver the ‘actionable insights’ that can really drive service improvement and transform lives.”

To get to the point where organisations are ready to start using their data in more innovative ways – where they can deploy AI or automation techniques – the first step in the process is to rationalise the data estate, as Capita has been doing with Police Scotland.

Brown says: “Working with Police Scotland, the second largest force in the UK and covering the largest geographical territory, Capita is applying its expertise to collaboratively design the force’s data migration strategy, which could bring together data from over 40 legacy systems into a single solution. This move will put the right data at the fingertips of more than 20,000 operational police officers and staff, ultimately enabling Police Scotland to better fight crime at a national, as well as granular, level.”

According to Gartner – the global research company – one of the data-driven innovations that has seen a lot of market movement both before and since the pandemic, has been the field of robotic process automation (RPA). Its research has shown that chief information officers regard RPA as a tool that can help them deliver quick wins for government institutions committed to long-term digital strategies. Its report, Digital Government in Action: Augmentation Using Robotic Process Automation, reveals that inquiries about RPA were rare in 2017, with approximately one per month; this has increased significantly since the start of 2018, with an average of 14, then rising to 23 per month last year. As of May 2020, the organisation is predicting that governments will be looking even more to automation as a means of securing cost optimisation opportunities during the recovery from Covid-19.

Capita established its Automation Centre of Excellence last year, which started as a largely in-house exercise to transform how internal business functions worked and ensure safe, compliant service delivery. Such is the surge in demand for RPA, every Capita business unit has been mandated to have at least one automation project implemented, with others in the pipeline. The Centre has since expanded and is helping clients to implement operational efficiencies of their own. It recently applied some of its expertise to the Scottish Wide Area Network (SWAN), which is managed by Capita and connects 6,000 public sector sites across Scotland. As a result of implementing automation in a project to transition its customer order management portal to a new cloud-hosted environment, more than 55 clients are now benefiting from improved quote and order management services.

SWAN aside, it is arguably within the vast, complex administrative departments of local government, NHS and the emergency services where the biggest resourcing benefits reside. At local government level, as one example, Capita is delivering cloud-based automation-as-a-service (AaaS) enabling local councils to harness the benefits of automation in finance and accounting. In health, RPA has been introduced to improve the speed and accuracy of calculating pension entitlements for 37,000 GPs. And automating the manual, repetitive tasks involved in running a charging scheme contract has both improved team morale and enabled the team to grow the contract without significantly increasing headcount.

Although there are fears over what AI and automation means for human capital, Brown believes it is wrong to focus on job losses, as in reality data-driven innovation is a way of augmenting the skills and capabilities of existing staff members, which are key to many organisations’ ambitions for future ways of working. If individuals and teams did not need to spend time on simple, repetitive tasks, they would have more time to think, be creative, focus on higher-order strategy and give the best responses to customers and citizens. Brown says that if you were to add up all the time automation saves in mundane elements of work that people do not want to do, right across an organisation, the accrued efficiency benefits would be huge. He believes that as the value of automation and AI is increasingly demonstrated through more successful implementations, it will encourage more organisations to make the business cases for adoption.

He adds: “As individuals, we are already using AI and automated processes to a massive extent in our daily lives. It’s on all of our devices, and it helps us search better, notify us of important information and enhance our productivity. So, we spend less time doing the manual and repetitive tasks, which absorbs so much administrative time. At an organisational level, AI will not only revolutionise the way we work, it will help public sector bodies make wholesale improvements to their products and services, which will be in real-time in digital and data terms. So, if it’s monitoring vulnerable people in the home, you will be able to pick up on any adverse patterns in the data, and stage an intervention. If it’s in the educational setting, you can pick up more quickly on which pupils may be falling behind – and maybe even enhance those insights by linking to wellbeing data, or social services. The ability to share that information under governance should and has in certain areas improved access to information, facilities and services. It’s simple steps that don’t need to be too complicated.”

Those organisations that are willing to embrace the data revolution – by experimenting and being willing to change their culture and practices – stand to gain most. And if they get it right, it will change the way they work, empower their employees and improve the quality of decision-making, driving citizen service improvements, and perhaps even to predict the future.

Automation in the public sector