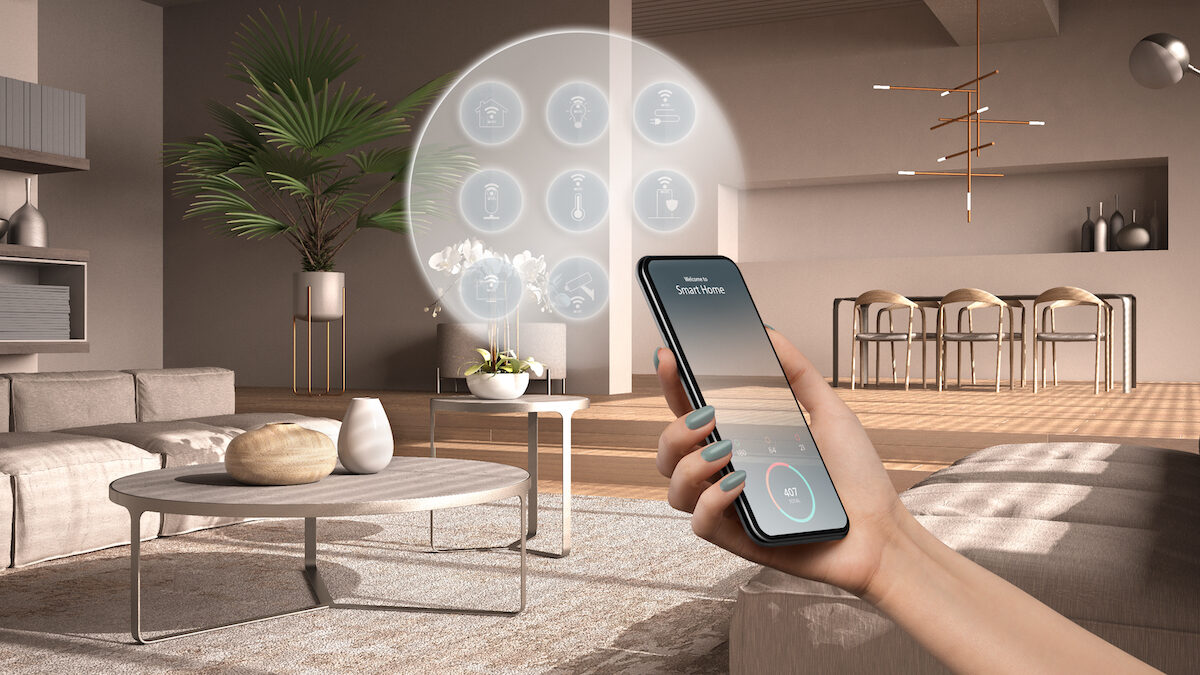 When smart meters were first introduced in Britain about a decade ago, they were met with some scepticism. Although checking our electric and gas meters has always been a rather peculiar social convention, it was at least a tried and tested method of telling how much you owed. And that’s before you get into the even stranger mentality of providing an “estimate”, which millions still do, despite the subsequent need for error correction. Habits die hard, certainly, but the progress of the “second generation” meters – which are now upon us – have ironed out many of the creases that prevented initial uptake.

A new piece of critical national infrastructure is unfolding before us and a creaking, analogue system, is quietly being retired by a 21st century “digital spine” for our future energy needs.

Many have already taken advantage of cheaper bills, but for those who are yet to embrace the technology, it will not only help us reduce our reliance on fossil fuels but create a new market for an array of home-based digital services, which could include falls prevention for the elderly to the remote monitoring of air quality.

The clever part of this new network is in its formulation. When you read the small print of the company that oversees its operation – Smart DCC – the sight of the word “monopoly” may at first appear off-putting. But further understanding reveals that is where its strength lies.

When politicians issued a licence for Capita to run the national network in 2013, it meant that all energy companies had to be integrated on its single digital track, run by Smart DCC as an arm’s length organisation.

That way, consumer choice, and ease of switching energy provider was baked into the system from the start. The configuration also allows for a scale that will help bring new insights into energy consumption and distribution by utilities companies – as well as creating a delivery mechanism for “smart” services into virtually every household in the country.

“We have built the digital spine for an analogue energy network,” explains Angus Flett, chief executive of Smart DCC.

“By rolling out smart meters we’re connecting to every single aspect of the energy system, to
the national grid, to the regional distribution organisations, to every retailer, and we’re doing that because once you digitise a whole energy platform it therefore enables us to do the clever things to drive decarbonisation.”

He adds: “Smart meters are just the start of this journey and are the key digital platform that will unlock a wave of innovation and new services that is as profound as the smartphone was for the telecoms industry.”

With the spotlight on the UN’s climate change summit – Cop26 – in Glasgow next month, there will be an opportunity for green tech solutions to be showcased.

Through smart meters, energy companies are already offering “agile” tariffs that “load balance” the energy grid towards renewables: connecting consumers to their energy information incentivises actions like switching on the kettle when the grid is running green. The carbon footprint of the gas man’s van also disappears with remote inspection and servicing.

The clock is ticking on dangerous climate change and while smart meters are only one part of the net zero jigsaw, they are projected to save 45 million tons of carbon in our atmosphere by 2034.

The rollout rate is also impressive, with 34 meters installed every minute in Britain. When the first lockdown hit in March 2020, Smart DCC engineers worked to re-programme first generation meters remotely so that consumers would benefit from this nationwide digital infrastructure.

When restrictions eased, they moved back to installation and Smart DCC’s network currently reaches 14.2 million smart meters in premises across the country; the company is rapidly progressing towards a target of 85 per cent penetration by 2025.

Chris Cartwright, head of critical infrastructure at Capita Consulting, is clear that the transition to net zero is not just about the technology – but the users themselves.

He talks of the “next generation consumer” who will be empowered by the digital information at their fingertips, and are already changing the way power is consumed.

He says: “If you have the data, people can then be a lot smarter in how they heat their homes. And they will change their behaviours

Angus Flett of Smart DCC believes smart meters are just the start of the journey to decarbonisation if they have tariffs that match that as well. So, it can lead to smaller changes in behaviour in terms of retaining heat as well as getting new heating systems.

“In terms of transport, if you can get the right infrastructure and incentivise it, people will move to electric vehicles (EVs) or ask themselves whether they really need to make a journey.”

He adds: “With microgeneration, EV power walls and cheaper solar panels, people are becoming a lot smarter about selling back to the grid or when to use their power walls before drawing to the grid.”

To that extent Smart DCC is exploring the potential of deploying its technology to EV charging points.

Greening energy use is not just a consumer activity. In Scotland, Capita manages the Scottish Wide Area Network (SWAN) digital infrastructure that connects over 6,000 public sector buildings, including schools, hospitals and council premises.

The network is currently out for re-tender, but Cartwright is clear that data-driven innovation on this other big digital spine will bring about not just carbon savings but help deliver services and social equity.

He says: “If you look at data patterns with connectivity, there are trigger points where you can see if people are becoming vulnerable, so a local authority can measure and detect those, and step in where necessary, whether that’s in healthcare or social services.

“We’ve seen patterns, for example, in pre-paid meters where people are turning off their power and that’s a sign there are other problems in the home. This is information you could overlay that with other datasets and make sure everything is OK with that home.

“There are opportunities, too, in terms of remote education, which we have seen throughout the pandemic, and remote inspection technologies for engineering and utilities which customers are increasingly turning to.

Another area where that investment started to be unlocked was in virtual call centres.

Cartwright adds: “We had been talking about doing this for many years, possibly decades, and during the pandemic we managed to achieve it in a short number of months, even weeks.

“It’s a real example of necessity as the mother of invention, and if you really focus you can make it happen; the pandemic era is a very innovative era and there are all sorts of things that we have managed to achieve by doing things remotely.”

Innovation is the watchword, too, for Flett. Smart DCC is working with university researchers at Salford on a “living lab” which mimics real-world environments for testing new capabilities.

These relationships are extending into Scotland in talks with CENSIS – the innovation centre for the internet of things – and Transport Scotland. Although the discussions are at an early stage, Flett talks of “over-the-top” charging for EVs as a potential solution for public sector fleets which may be tied to one provider, but the driver is on a different network at home.

Another idea being explored is telemetry fitted into the EV network which could be relayed to drivers via an app telling them which charge points are currently free.

He says: “Every month, someone is knocking on the door saying we could do something clever with you guys, and I’m happy to welcome them. But we’ve got to up the pace and scale for climate change, there’s no dress rehearsal on this one.”

On the road to cutting emissions