Home > Infrastructure > Why 5G will change everything 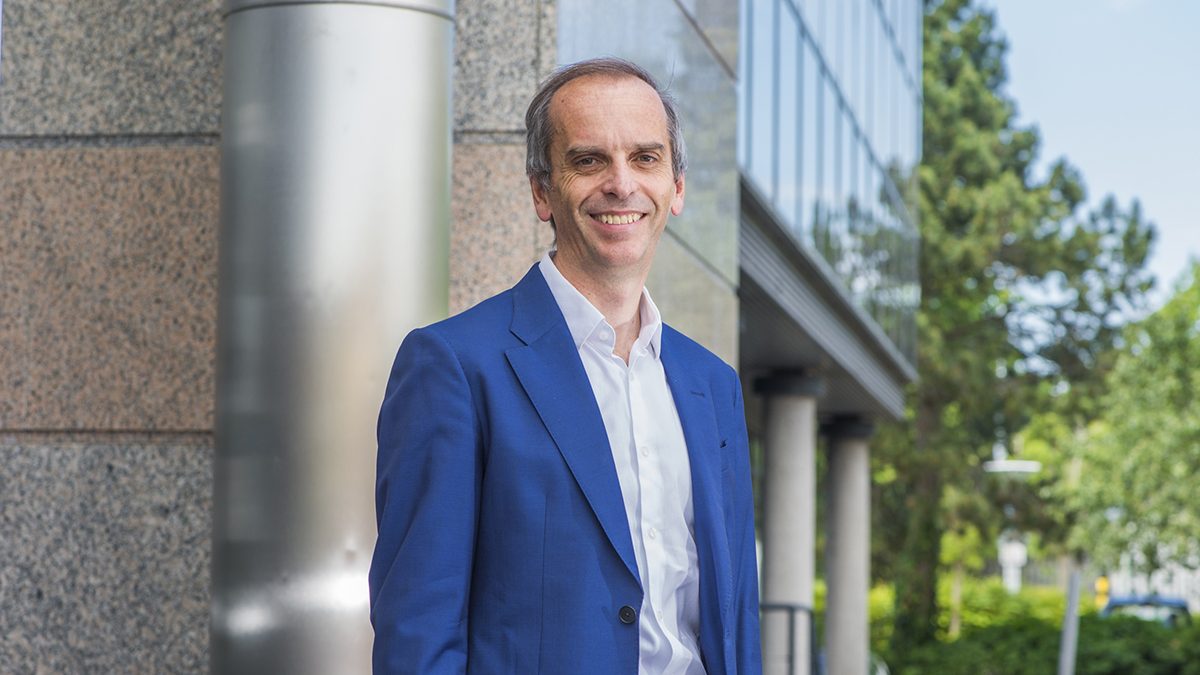 When Paul Coffey signed up to lead the Scotland 5G Centre, little did he expect to spend his first nine months in a new country staring out of his window.

Having moved from the south of England at the beginning of the year to take on an exciting and high-profile new role, he found himself instead locked down in Glasgow. “It’s been an interesting on-boarding. I moved to Scotland and haven’t made it to the office yet!” he says, glancing over his shoulder at a gloomy sky.

The Scotland 5G Centre was set up by the Scottish Government last year to try to harness next generation mobile connectivity for the purposes of innovation in business and industry. Coffey was a natural choice for chief executive: he has spent 25 years in the telecoms sector – starting with Orange on a graduate trainee programme in the 1990s – and has seen at first hand the incremental benefits delivered by 2G, 3G and 4G, as well as the increasing sophistication of devices.

Each step has largely been a “consumer play”, he says, owing to the fact that more bandwidth and processing power has allowed smartphones to handle larger volumes of data, enabling people to watch video and stream internet content.

Where 5G departs from the norm is in its ability to go further. It can go into the realms of advanced manufacturing, healthcare or agriculture in ways that are potentially transformative.

In technical terms, that means connecting up to one million devices per square kilometre, compared to 100,000 with 4G, which will provide the underpinning fabric for machine-to-machine communications, supporting the Industrial Internet of Things (IIoT) and the emergence of smart cities. In a local context, Scotland 5G Centre has already funded work at the University of Glasgow to build a ‘5G ecosystem’, which has included the development of a robotic arm for manufacturing.

Coffey says: “The use cases for 5G are evolving all the time but what I think the University of Glasgow project demonstrates is how well-suited the technology is to automating complex tasks, remotely, which has a particular salience right now. When it comes to data, 5G is able to do the heavy lifting at a scale that has not been possible before.

He adds: “For me, 5G is an enabler. We can do things faster and with less latency, but it’s what you put on top of it that will be transformative. It’s not that a network goes from 100Mbps to 10Gbps, it’s that crunching of data in real-time at the edge of a network, it’s those things that will enable new use cases to be developed and create a step change in the path to true digital transformation.”

Those use cases are not confined to automation in industry, he adds. In healthcare, integrating data sets from social housing – such as damp levels – with wearable devices that are monitoring people’s long-term lung conditions, suddenly becomes a possibility. “Imagine a world where you can say, okay I’m getting all this data in real-time, I’m sensing all this information in real-time, I can make decisions in real-time, I can intervene in real-time. From a health authority perspective, that is very different from the world we live in now where I pick up the phone and have an appointment with the doctor next week.”

But the proof, as always, is in the pudding. That is why the Scotland 5G Centre is overseeing the £4m Scottish Government-backed S5GConnect Programme, which will establish a network of innovation hubs across the country. The Forth Valley Hub in Alloa will be the first of the hubs, opening in May 2021, with a project focusing on developing a ‘green data recovery platform’, supporting Scotland’s net zero aspirations. Others will come on-stream over the course of the next 12 months, but the focus really is on knowledge exchange between academia and business, which will be pivotal to Scotland’s post-pandemic recovery.

Coffey says: “What the Scotland 5G centre is about is accelerating services into commercial use. We’re very much focused on those activities. We’re working with academia and taking some of those concepts in order to work with industry and Scottish SMEs, entrepreneurs, and say what does this mean for vertical markets such as health or manufacturing, and how can we bring those ideas to life.”