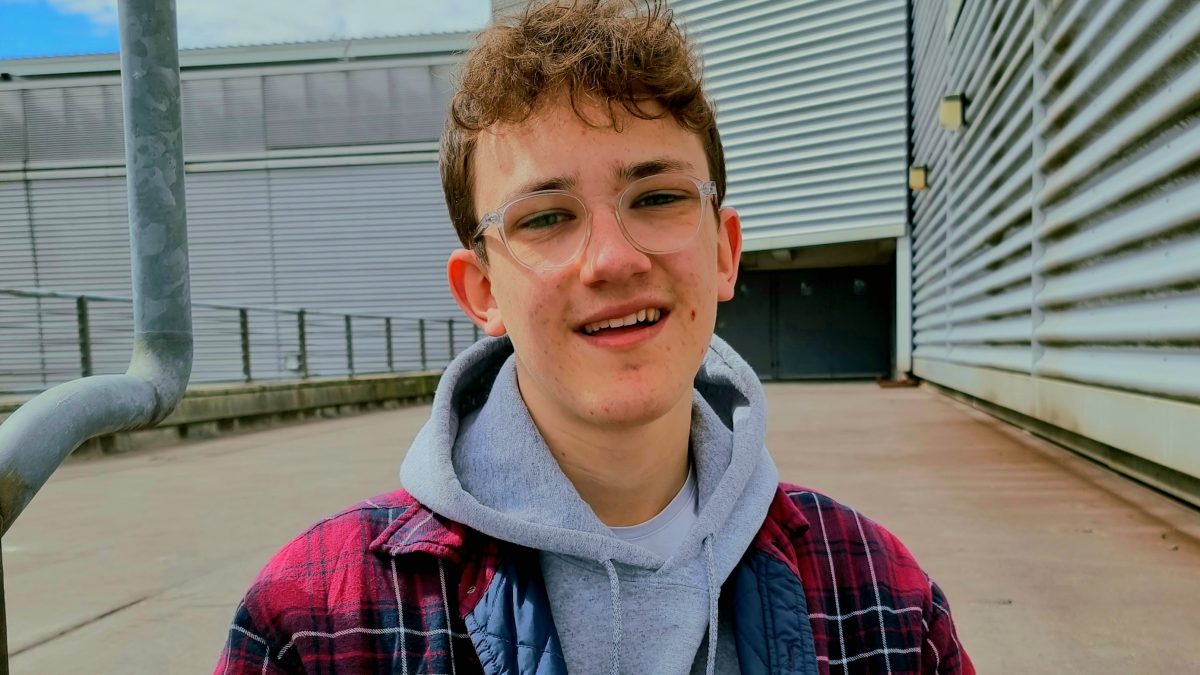 Future first-year pupils at a Glasgow high school are off to a flying start thanks to one 16-year-old and his drone.

Danny Taggart, a fifth-year student at Bannerman High School, has created a virtual tour of the “big, busy school” for soon-to-be first-year pupils ahead of the new term.

Prior to the pandemic, students coming to the end of their primary education were given an opportunity to visit the secondary school for three days before the summer break.

During this time, they would follow a timetable, take part in tours led by senior pupils, and familiarise themselves with their new surroundings.

But due to Covid restrictions, the immersive experience has been cancelled for two years in a row.

Last year, at the height of the pandemic, media teacher Mr de Smith had the idea to create a “transition video” to help ease the nerves of P7 pupils, which Taggart and a “wee group” of friends helped put together.

Gaining almost 3,000 views, the welcome video was a huge success. Taggart was then approached in spring this year and asked to upgrade it.

“I felt like it is was important to do it for the new year, as we could improve on it and make it better and more easy to follow. And last year’s video was kind of all over the place,” he says.

That is when he decided to “completely re-do the whole thing”.

“I just wanted to give [the new students] a clean and dynamic video that would help them understand the school better rather than the usual mixed information that sometimes gets broadcasted and can be confusing.”

He adds: “I think as more and more kids have growing access to technology it’s important to adapt to the ways we communicate things.”

After receiving a drone for his birthday, Taggart decided to use the flying camera to capture striking aerial footage of the school and grounds, which “everyone seemed impressed with”.

And the response from prospective Bannerman students and their families has been overwhelmingly positive. The self-taught filmmaker says: “We have heard from parents that the video is really helpful.”

Taggart, who hopes to study production technology and management at the Royal Conservatoire of Scotland next year, recorded much of the 21-minute video during the Easter break, when the school was predominantly empty.

And when the building reopened, he carried out interviews with both staff and pupils, who “were all really keen to get get involved and help out.”

Watch the video below.

In one clip, first-year students are asked what they wished they had known before starting at Bannerman High School.

A girl responds: “It is really good meeting new friends and getting to know everyone. I was also nervous about the new subjects I was going to do because in primary it is obviously restricted what subjects you can do, but there is loads of different things and it is just really fun to expand your learning activities.”

Viewers are then given a tour of the subjects on offer and facilities available, meeting Ms Muir in the science department, Mr Duguid on the astro turf and Mr Hill in the music room.

The video also provides an insight into how teaching methods have modernised as a result of Covid.

Taggart, narrating the footage, says: “Bannerman is always trying to keep up with current ways of learning, and throughout the pandemic, use of technology has been vital. We continue to use iPads to complete and submit work, receive feedback and research topics for class.

“You will be given an iPad when you join Bannerman, it is yours for the next six years. That means you have to bring it each day fully charged, like you would a jotter.”

The impressive film finishes with some final words of wisdom from the teenager, who believes the video will help students for years to come.

“Hopefully now you are feeling a lot more confident about coming to Bannerman. Remember that, although this is a big step, it is one worth taking and we are sure once you have found your place in the school you will never want to turn back,” he says.

“Everyone is in the same boat as you and we all know what it is like because we have been their before. we cant wait to have you here and we look forward to seeing you in August.”