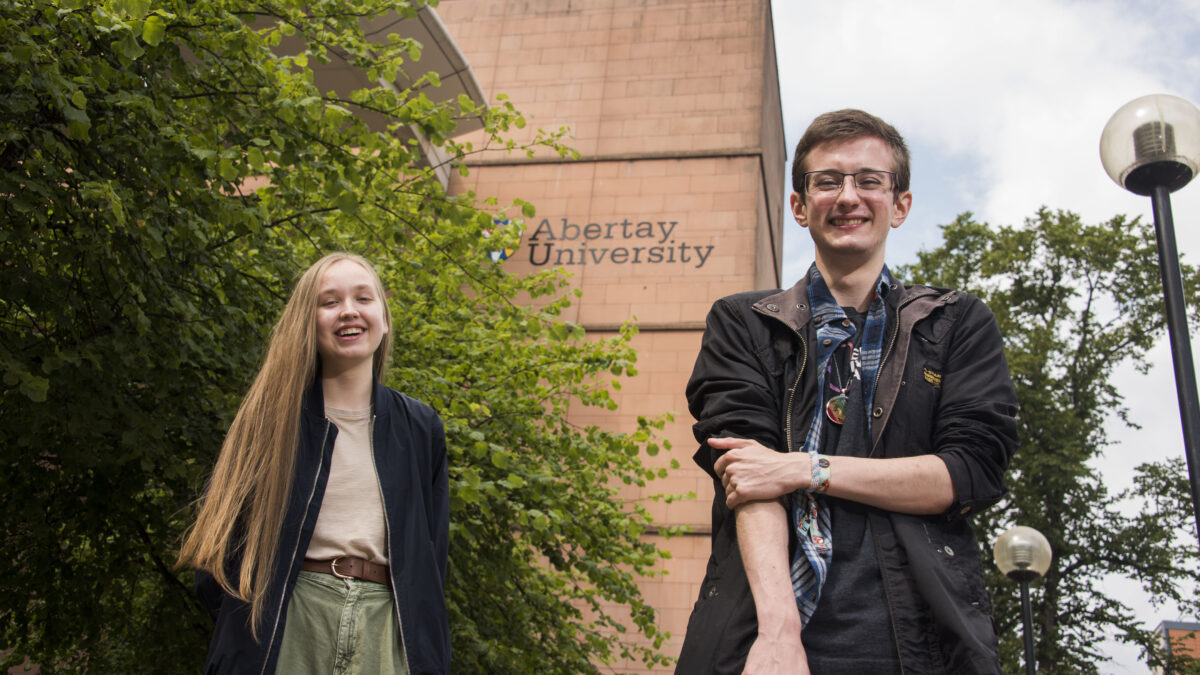 The next generation of video games designers are playing their part in the race to ‘net zero’ thanks to a partnership between a Scottish university and thermal energy company.

Ahead of the Cop26 climate change conference in Glasgow later this year, Abertay University and SSE Thermal have challenged a group of students to create an educational video game which focuses on carbon capture and storage (CCS) – a vital tool in decarbonisation efforts.

A game jam – a contest where participants try to make a video game from scratch – was held in July at the Dundee-based university, with various teams submitting ideas for an interactive game inspired by CCS.

Now, the victorious team, including game design and production students Cameryn Tuliao, Harry Petch, Jamie Williams and computer games application development student Jordan Han, will have four weeks to turn their concept into a fully playable game. SSE Thermal will fund the project and pay the participants for their work.

The game is being created in the lead up to Cop26, where SSE plc is serving as a ‘principal partner’ to the UK Government.

SSE Thermal, a division of SSE plc, is focused on using CCS technology to decarbonise its power stations, ensuring they can provide flexible, low-carbon power to back up renewable generation such as a wind and solar.

Following the culmination of Cop26 in November, the game will be used by SSE Thermal to engage and educate a wide range of audiences including schools, demonstrating how CCS can help reach the UK’s climate action goals.

Stephen Wheeler, managing director of SSE Thermal, said: “Scotland is a world leader in both energy and video games, and this partnership brings both together in a creative way ahead of the Cop26 conference in Glasgow.

“We know that young people are fully engaged when it comes to net zero and decarbonisation, so we’re excited to see the unique take the winning team will bring to the subject of carbon capture and storage, a cutting-edge technology which we are working to implement at our sites in both Peterhead in Aberdeenshire and Keadby in North Lincolnshire. We’re excited to see the finished product from the team at Abertay, and to launching the game later this year.”

Professor Nigel Seaton, principal of Abertay University, said: “It is important that all Scottish organisations engage with Cop26 and we are delighted to be partnering with SSE Thermal on a project that will help to educate and engage the public, while also providing an excellent real-world and client-driven experience for our students. Applied games solutions like this are a great way of getting complex messages across to new audiences and I’m sure our winning team will deliver on the challenge they have been set.”

Abertay University is the number one university in Europe for undergraduate computer games degrees and in the world top 10 for postgraduate degrees.

Its graduates have a strong track record in delivering similar ‘applied games’ projects in fields such as education, healthcare and engineering, as well as providing the talent pipeline to Scotland’s booming commercial games sector.

Former students have gone on to create many well-known titles, including Grand Theft Auto and Lemmings.

Harry Petch from the winning team said: “With so many talented teams entering the game jam, we’re thrilled to be chosen to represent Abertay for this special opportunity. We’re really looking forward to working with SSE Thermal to develop a fun and educational game, which will bring carbon capture technology to life for people of all ages. With Cop26 coming up in Glasgow, we know how important it is that society takes rapid action on climate change and this is an exciting chance for us to play our part in delivering that important message.”

Digital graduates ‘failing to make the grade’ in jobs market