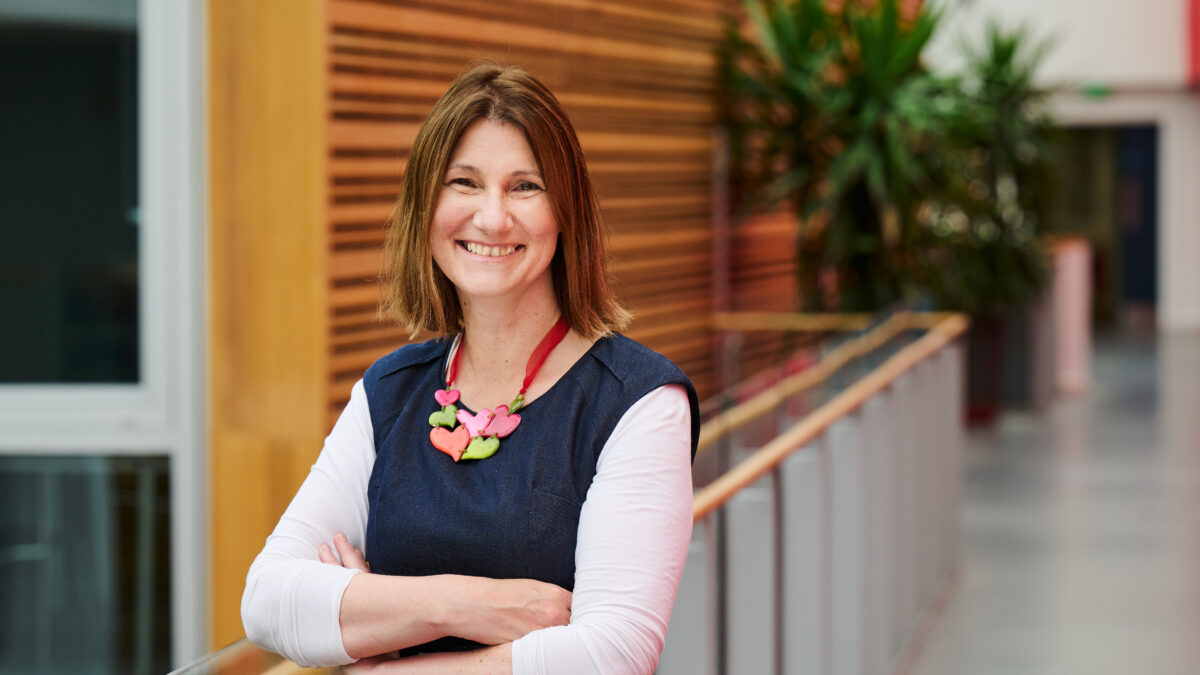 A former senior banking executive has been appointed the first ‘entrepreneur in residence’ at a Scottish university to promote women in business and inclusive economic growth.

As a prominent champion of female entrepreneurship, Currie will help QMU play a “vital role” in addressing the gender imbalance which currently exists across the Scottish entrepreneurial landscape.

She will lead on the empowerment and education of women who have the potential to develop as successful entrepreneurs, and encourage them to achieve their full potential.

It is also hoped the appointment will help strengthen the Edinburgh-based university’s culture of entrepreneurship, encouraging and supporting more staff, students and graduates to start their own businesses.

Women-owned businesses in Scotland currently contribute £8.8 billion to the Scottish economy every year and generate more than 230,000 jobs across Scotland in the process, according to a 2018 Federation of Small Business report.

Currie’s appointment will assist the university in its ambitions to establish a Women’s Business Centre. This would be a new physical centre located within QMU’s planned Innovation Hub, which will be part of the Edinburgh Innovation Park.

Kim Stuart, director of research and innovation, Research and Knowledge Exchange Development Unit, Queen Margaret University, said: “We know that women do not lack ability or ambition, yet only one in three UK entrepreneurs is female: a gender gap equivalent to 1.1 million of missing business.

“Female-led businesses are only 44% of the size of male-led businesses on average, in terms of their contribution to the economy, and male SMEs are five times more likely to scale up to £1 million turnover than female [small medium enterprises] SMEs. It is imperative that we tackle the gender divide and inspire, motive and equip women to realise their potential by removing barriers and pro-actively nurturing talent.”

Stuart added: “Through a focus on female entrepreneurship, QMU champions the synergies between the drivers to promote innovation, enterprise and gender inclusion. Already, nearly two thirds of QMU’s start-up companies are created by women, and we aim to lead the way in promoting women’s economic empowerment and entrepreneurship.”

The Rose Report on Female Entrepreneurship states that up to £250bn of new value could be added to the UK economy if women started and scaled new businesses at the same rate as UK men.

Sir Paul Grice, principal of Queen Margaret University, said: “To aid economic recovery from the pandemic, it is critical we remove barriers and harness the talent pool which we know exists within our female population. Carolyn Currie is a highly experienced business leader whose work is celebrated internationally and who has impressive connections across industry and government.

“Her experience in business and as an advocate of women’s entrepreneurship will help to drive forward the university’s work in embedding entrepreneurship within QMU’s culture and supporting and inspiring a new generation of student and graduate entrepreneurs. This work builds on the excellent support our students and graduates already receive from our on-campus Business Gateway service and from being part of our Business Innovation Zone.”

Carolyn Currie said: “I am delighted to take up this post and to support the next generation of strong, entrepreneurial women at QMU. We have a huge opportunity to harness the research and innovation work underway and create exciting new businesses to power the Scottish economy. Already women across Scotland have benefitted from the digital womensbusinesscentre.com and I look forward to building on this pioneering work with QMU.”