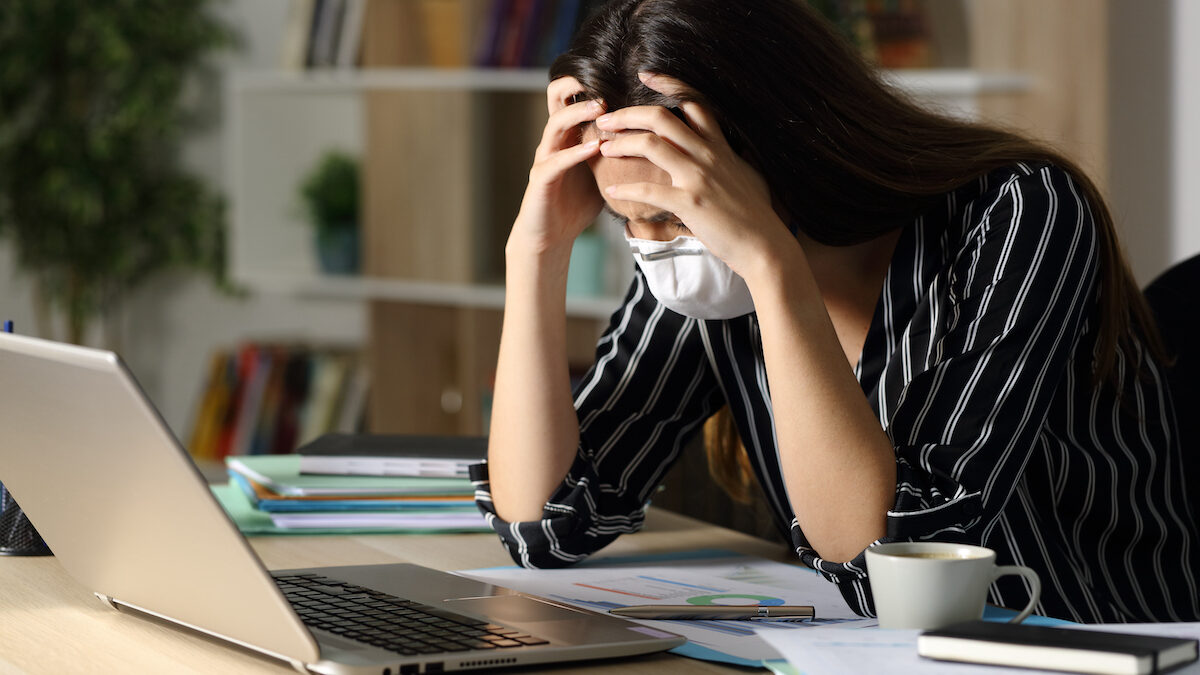 A new website has been launched to provide advice to members of the public who are increasingly being targeted by online loan sharks.

The Stop Illegal Lending portal is a dedicated resource to help people who are struggling to deal with their debts and to encourage them to report any illegal lenders to the authorities.

The new recipients of the Stop Loan Sharks Scotland Charter Mark are social enterprise Scotcash and charity Grampian Regional Equality Council (GREC) in recognition of their commitment in supporting and promoting the work of the SIMLU and for taking a zero-tolerance stance on illegal money lending within their communities.

Throughout the pandemic, many illegal lenders have moved online, using social media adverts and messages to take advantage of those who are most vulnerable.

Although loans from these online lenders may be seen as providing a quick solution for those in crisis situations, the lenders may not be authorised by the Financial Conduct Authority and could charge huge interest rates.

On average, loans from illegal lenders end up costing three times as much as a legal loan.

The aim of the SIMLU charter mark is to create a network of organisations actively seeking to uncover and tackle illegal lending and, most importantly, to stop people from ever using loan sharks in the first place.

Fiona Richardson, chief officer of Trading Standards Scotland, said: “I am delighted that Scotcash and Grampian Regional Equality Council have signed up to the Stop Loan Sharks Charter Mark. We have been working with Scotcash over a number of years to tackle the problem of illegal money lending and we have been working with GREC over the past year on a prevention project.

“By signing up to the Charter Mark, both organisations confirm their ongoing commitment to work with us on this problem.

“We will work together to promote the message that you should not use loan sharks, but also to make sure that, where somebody has ended up using an illegal money lender, they know where to go to receive the appropriate help and assistance.

“If your organisation would be interested in signing up to the Charter Mark or if you would like more information, please get in touch. In a period of great financial uncertainty, it is important that we take all the steps we can to stop people from borrowing from loan sharks and getting trapped in a cycle of debt and intimidation.”

Sharon MacPherson, chief executive of Scotcash, said: “We recognise the importance of taking a zero-tolerance stance on illegal money lending within our communities and are proud to have worked with the Scottish Illegal Money Lending Unit for the last five years tackling this problem.

“That partnership has flourished and we were delighted to receive funding from them to establish our Scotcash Money MOT service in 2018. This has allowed us to better provide support to those vulnerable to illegal money lenders, at the core of which are those who have a pressing need to borrow money but find a lack of alternatives. In the longer term, this has contributed to the conditions that are likely to mitigate against the use of illegal money lenders.

“We’re thrilled to be recognised by the Stop Loan Sharks Charter Mark, which acknowledges the immense power when people work towards the same goal. We look forward to continuing our partnership with SIMLU to significantly disrupt illegal money lending over the coming years.”

Molly McCall, outreach worker with Grampian Regional Equality Council, said:  “GREC was so grateful for the opportunity to work with the SIMLU over the course of the last year. The funding we received allowed us to carry out vital work to prevent loan sharks targeting local minority communities through our Aberdeen AIM project.

“We were able to provide group training sessions as well as one-to-one support and advice for individuals who were facing financial hardship or exclusion, which could leave them vulnerable to illegal money lending.

“Although the project is now over, the lessons we learned over the course of the year have been invaluable in informing the work of our case workers going forward.

“Many of our clients will be facing some kind of financial hardship and, thanks to the work we did through our Aberdeen AIM project, we are now far better placed to support those clients.

“I am delighted that GREC have signed up to the Charter Mark and I’m very proud to be able to continue working in partnership with the Scottish Illegal Money Lending Unit on their mission to stop loan sharks.”

The unit’s new website can be found here – www.stopillegallending.co.uk.

Can Renfrewshire 'beat the street' in physical activity game?

New app will be the ‘Uber of architecture’