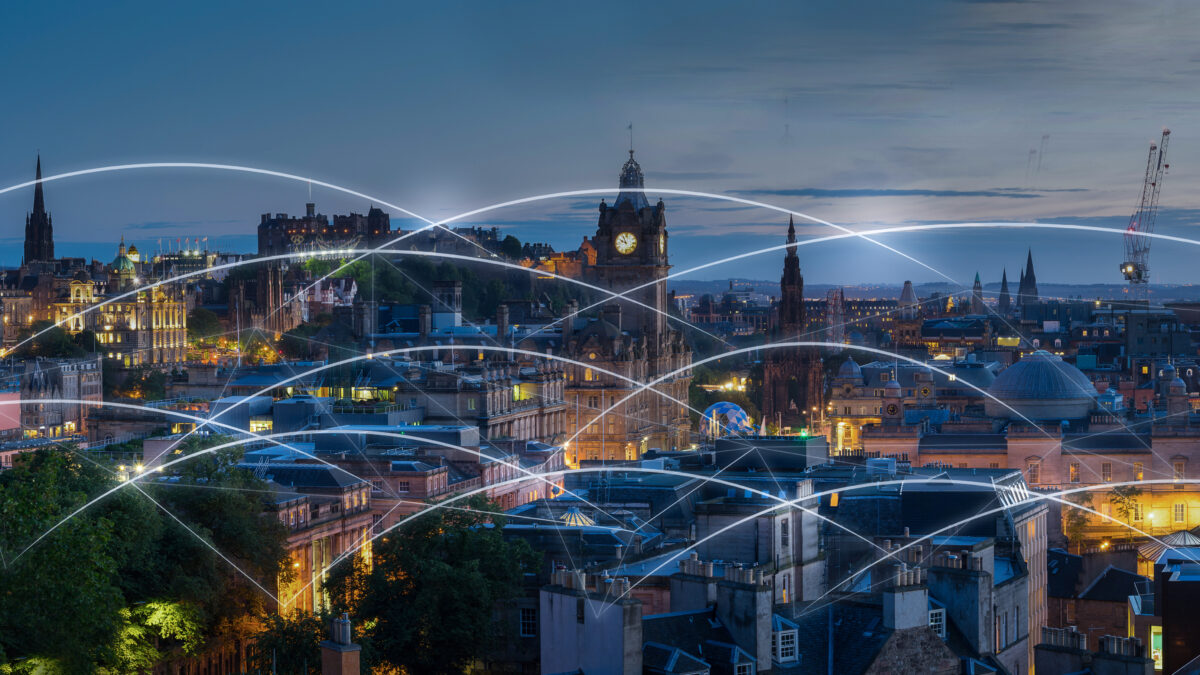 Luma Interactive, a design and virtual reality company, has demonstrated the strength of Scotland’s digital and technology export market after plans to build a new suburb in central Amsterdam got the co-ahead from the city council.

Using VR and animation, Luma enabled city planners as well as the people of Amsterdam to visualise twenty-first century high-rise living alongside parks and nature reserves in the new Sluisbuurt development in the iconic Dutch city.

By employing its disruptive way of modelling town planning, the Edinburgh-based business created an interactive tool which communicated the design, incorporating fly-throughs and virtual reality experiences and which was a key part of the public consultation.

In the past, 3D physical models have been created and artistic impressions drawn up to illustrate the designer’s vision. Luma’s virtual reality model allows the designer to go down into any part of the design in the highest level of detail and anyone can truly experience how it feels to be in the space.

Luma was invited to collaborate on the project by Gemeente Amsterdam, the city council, in an unusual move demonstrating the high level work being undertaken by the team at Luma.

Its clients already include the Scottish Government, Edinburgh University and The V&A, for whom it provided VR and AR interfaces for the prestigious Milan Triennale exhibition last year. Luma will continue to be a key part of the team on the Sluisbuurt development, keeping a real-time digital model as the project progresses.

The Sluisbuurt development emphasises an innovative new mode of living – eco-friendly, with emphasis on walking and bikes, and encompasses parks, schools, a nature reserve and a waterfront area as well as a commercial centre with high-rise buildings and a small number of offices, shops and markets. The area will see the creation of up to 5,500 homes.

A key aspect of the masterplan is the bridge that will connect Sluisbuurt to the centre of Amsterdam, making what has been for 80 years a brownfield site a very central part of the city of the future, accessible by bike from Central Station in only 15 minutes.

Luma drew on the architectural experience of its team and its recent work including the V&A Museum of Design, Dundee and the Dundee Waterfront Masterplan.

Kevin Archibald, director of Luma Interactive, said: “This success builds on our growing international reputation and will raise awareness of our cutting edge technology among city planners and developers throughout Europe. Luma is at the forefront of this technology where new tech and high-end visualisation come together to offer masterplanners exciting new ways of conceptualising their city.”

Luma credits the ambition of the project to the inspiration and forward thinking of Mirjana Milanovic, project leader at Gemeente Amsterdam city planning department. Milanovic said: “Luma’s ground-breaking digital model allowed us to feed the community with clear information at every stage of the masterplan process.

“This was always going to be a project with high ambitions and the highly visual nature of the content produced by Luma meant that stakeholders, including the public, could engage with the masterplan directly.”

The firm was founded in 2012 after its founders predicted a fundamental shift in the market for mobile digital technologies and high quality visualisation material. Luma works with clients across Europe and currently employs eight staff.