Home > Education & Skills > They say it’s a dying language – tell that to the 500,000 people who’ve fallen in love with Gaelic online 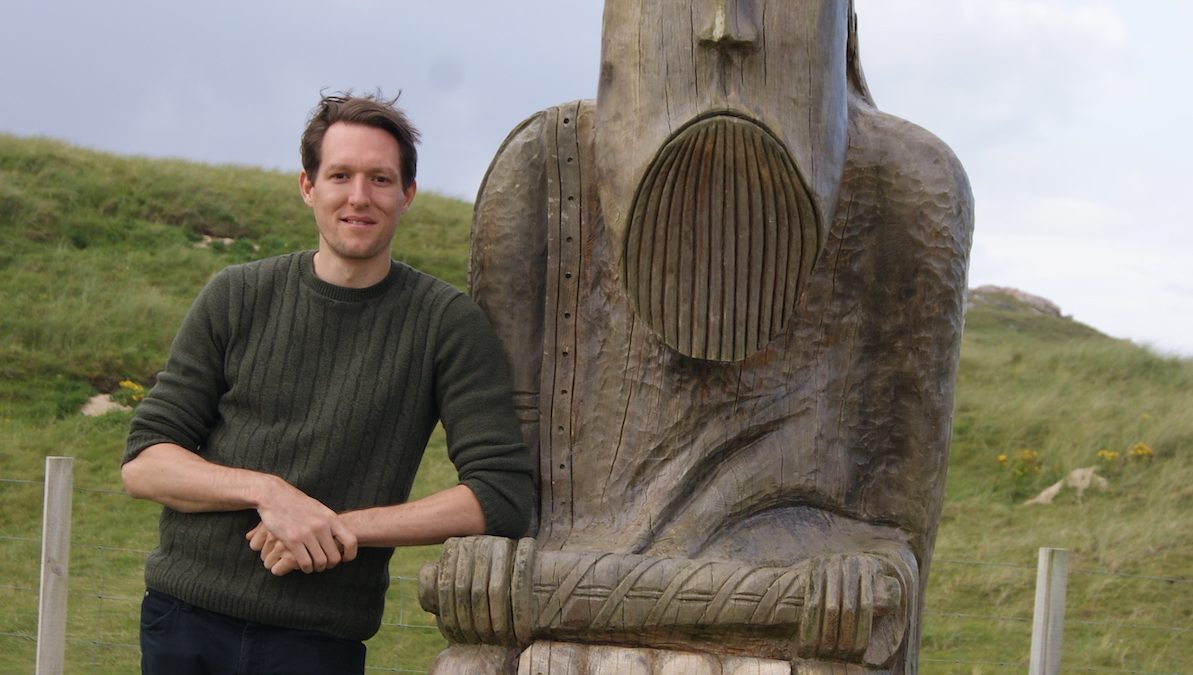 They say it’s a dying language – tell that to the 500,000 people who’ve fallen in love with Gaelic online

Just one year after the launch of Scottish Gaelic on Duolingo, over 500,000 learners across the world had signed up to the course.

No one was more surprised by this outcome than Màrtainn Mac A’Bhàillidh, a Gaelic campaigner from Glasgow and one of the three volunteers who created the digital programme.

But in a year that has seen most of us cooped up inside, perhaps it was to be expected – there are currently 300 million active users on the learning language platform worldwide, and rising.

And in the week immediately after lockdown, Duolingo saw a 296 per cent increase in language learners in the UK.

Why is it so popular?

Màrtainn, who is an adult learning manager at Sabhal Mòr Ostaig – a college in Skye – says: “Duolingo opens up Gaelic learning to people all over the world – a free and easy platform that they can use on their phones. It’s a great tool for a minority language Gaelic.

“People can dabble on their phone, build up a bit of confidence before maybe going to a night class later on.”

“The best way to [learn a language] is to do a little often, rather than try and cram, and then forget it all.

“It’s about doing something every day, even if that’s 15 minutes. And Duolingo is just great, because it encourages you to do that.

“People have lives, and it’s very difficult to find enough time to connect to learning a language, and so that’s basically key.”

And it works. A recent report compared beginners using the app to students learning a language at college and found that users who were halfway through a course had the same proficiency as students who had studied for four semesters at university – in half the time.

But Màrtainn adds: “There’s pros and cons. Nobody’s going to learn a language to fluency through Duolingo alone. Like anything else, it is a mix of different learning methodologies and different things that bring on those skills.

“You can’t ever get to a position where a language can be taught just digitally only because essentially, you need the social aspect of communicating – that’s what language is about.

“I think there’s always going to be a place for conversation circles for just going to the pub and talking to language classes for more interaction. And one of the best ways to learn is by doing.

“But, used in collaboration with books or other online resources, classes, courses and conversation – all those different things – it really assists people on their learning journey.”

Màrtainn, along with volunteers Ciaran Iòsaph MacAonghais, a headteacher from Bun-sgoil Ghàidhlig Loch Abar in Fort William and Joanne MacLennan from Benbecula, won the Learner Award at the 2020 Scottish Gaelic Awards for their impact on Scottish Gaelic language and culture.

The role of data and AI

When it comes to the success of Duolingo, data and artificial intelligence (AI) play an integral role.

“There’s nobody else in the world that has as much data around the way that people learn. We can continually refine and refine and make the teaching of languages better and better. And that’s what we do, right down to the pixel sizes and buttons.”

Duolingo uses machine learning not only to perfect the course material – but the order in which they teach it.

The team of Scots Gaelic volunteers have also been able to harness this data in their design of the course.

After launching the initial course of 34 ‘skills’ on St Andrews Day in 2019, they studied how users were responding and could see exactly where a higher percentage of people were dropping out.

They were then able to combat the issue by adapting the difficulty of the skill.

Analysing this data meant they could also see what was working “really well” and develop it further for the second iteration of the course, which went live in November 2020 with over 100 new skills.

And having had access to Duolingo data while designing the new course, the team could see that the vast majority of users were based in the UK, Canada and the US.

They decided to develop the “international connection” and tailor the lessons to their global student-base.

This meant including extra Scottish culture and heritage content for the Americans, and including a whole new skill based in Nova Scotia.

This was voiced by speakers from Nova Scotia and uses vocabulary on topics that may be familiar to them.

And on the future of digital learning, Màrtainn adds: “Covid has taught us how much is to be gained from having a blended learning model – where you do a lot online that supports what you do face-to-face – and allows you to maximise the benefit of that face-to-face time when you’re together.

“I think language teaching will change and post-Covid we’ll use more digital-based teaching.”

Over 2000 school pupils in Scotland will have the chance to hear from Tim Peake, thanks to The Data Lab, Scotland’s innovation centre for data and AI.