Home > Education & Skills > ‘Time is nearly up’ to save computing science in Scotland, teacher warns 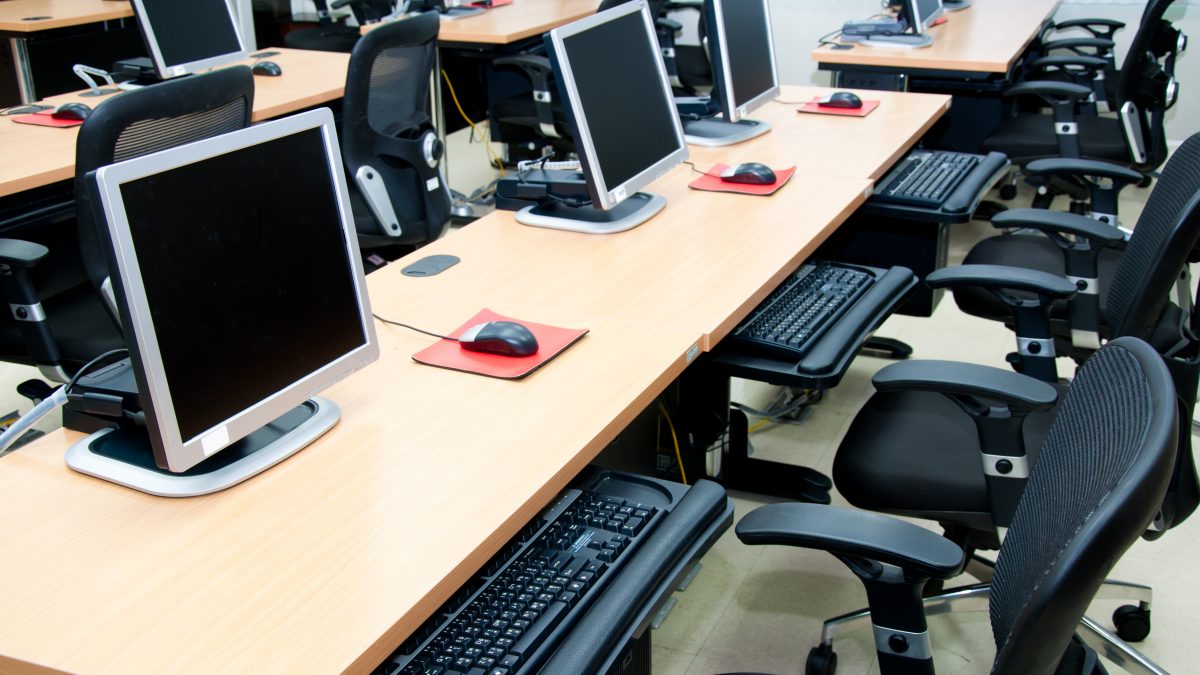 ‘Time is nearly up’ to save computing science in Scotland, teacher warns

Political leaders must act now to save computing science in Scotland, according to the teacher behind a hugely successful “gold mine” of lesson content for educators.

Highland-based Darren Brown has called on councils and the government to “save” computing science in Scotland, as schools face major teacher shortages and uptake of the subject declines.

The Inverness High School teacher revealed this week that the number of members signed up to the Computing Science Scotland (CSS) Google Drive – a collaborative project he leads on a voluntary basis – has tripled in the last year.

The shared file allows any educator with a Google account to access a wide range of resources for delivering computing science, from nursery level through to National 5 and Higher.

It was launched following the implementation of the Curriculum for Excellence (CfE) to help alleviate the workload of practitioners as they adapted to the new syllabus.

Brown tweeted: “Overwhelmed to say the CSS shared drive has tripled in the number of members in just over a year as we nearly hit 300 educators added. Around 100 different sets of materials for early years computing science through to Advanced Higher and other courses from teachers all over Scotland.”

But the teacher of 18 years expressed frustration with the unrealistic workload expectations that teachers are facing.

In a series of tweets, he said: “So many people wanting to share and collaborate – the resources and numbers will keep growing. A lot of talk of ’empowering’ teachers… They are doing more than they should have to already while working full time.

“Time for school, government, council, education body leaders to do something about CS in Scotland or can we only “lead change” when we pretend everything is fine or involves change that leaders want/doesn’t cost money.

“The grassroots teacher-led revolution is coming, together we will keep fighting not to be ignored #savecomputingscience.”

Scotland is facing a computing science crisis, with a major shortage of teachers meaning many schools no longer offer the subject.

The most recent teacher census shows the number of computing science teachers in Scotland has dropped by almost a quarter over the past 13 years, plummeting from 766 in 2008 to 595 in 2020.

The persistent gender gap is another problem – girls make up about 20 per cent of computing science students.

Brown blames overloading of teachers and a lack of funding for schools on the issues.

“The whole curriculum is bloated… if they are looking at reform they need to take out an awful lot of the curriculum and they have to create some time, because I have a lot of colleagues off the record say to me, primary in particular, ‘I have to focus on numeracy, literacy, health and wellbeing, a bit of science a bit of history, and all these other things – I don’t have time for computing’.”

Brown is not alone on his quest to drive change. In May, a national movement was launched by a team of teachers and industry leaders to inspire and support the next generation of computing scientists in Scotland’s schools.

In his government-commissioned report, Logan, who teaches computing science at the University of Glasgow, highlighted a number of challenges Scotland faces with regards to the subject at schools.

The report also called for computing science to be formally taught from first year at secondary school in the same way as a core science subject such as maths or physics – an idea Brown strongly agrees with.

Brown also believes that introducing the subject at an earlier age is “one of the easiest ways of solving” the gender gap.

He says: “Let boys and girls see that it is for them. We have a lot of schools which try to bring in computing later on, but I don’t think there’s any point with most kids, at the age of 14-15 years, saying ‘here is coding’ for the first time, because it just absolutely blows them away. You wouldn’t come to 14 and 15 year olds and suddenly say ‘you’re going to have to learn French and sit a French exam’.”

As education faces these challenges, the digital skills gap continues to widen. Despite the annual requirement for an additional 13,000 digital jobs in Scotland, the nation is only producing around 5,000 new recruits each year through universities or apprenticeships.

Brown says: “I don’t think it can be denied that computing science is the one subject and schools which has the most jobs right now, and will have the most jobs in the next couple generations. It’s also what is going to boost the economy, it’s new businesses and new ideas and world leading brands and apps and systems – all of that is going to come from computing.

Even when councils do seek to implement new programmes and extracurricular activities, often, schools lacks the resources to run them.

Brown says: “A lot of schools are running on one computing teacher, so they’re trying to offer new courses like cybersecurity but then they’re having to cut off their academic courses and pick and choose.

“Teachers have to ask themselves – ‘Do I do data science which is big just now or do I do cybersecurity or do I do games development?’ And it’s actually a real struggle.”

The Scottish technology sector is “booming” according to the UK government’s new digital secretary, Nadine Dorries.

And new research shows that two Scottish universities are among the top eight in the UK for producing the most successful spinouts over the past 20 years.

But for how long can Scotland’s digital industry continue to thrive while the country grapples with a computing science crisis?

According to Brown, “time is nearly up.” He says: “Already, I see companies who are looking abroad. They are having to look at bringing in skills from abroad and I suppose working remotely allows them to do that but they’re having to outsource stuff because they’re thinking to themselves, ‘I cannot find that number of developers or analysts or data scientists here’. That worries me.”

The Scottish Government is attempting to turn things around. In May, Nicola Sturgeon vowed to “fully implement” the recommendations for computing science in schools set out in Logan’s report.

And the new programme for government, published earlier this month, pledges to launch the Scottish Teachers Advancing Computing Science (STACS) – an organisation run for and by computing science teachers to share best practice in the subject across all schools.

Ministers are also convening the most senior leaders from its education and skills agencies to “bring forward change” in computing science in schools.